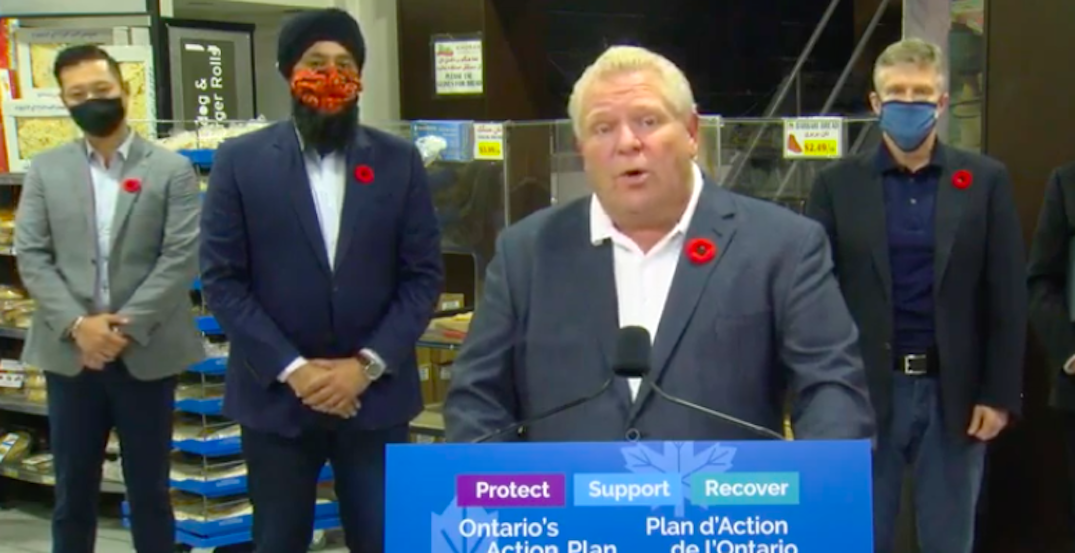 Premier Doug Ford said he can’t “rule out anything” when it comes to another Ontario lockdown due to the record-high number of COVID-19 cases recently.

On Tuesday, when talking to reporters, Ford was asked if Ontario will be put in a lockdown like Manitoba, due to rapidly rising numbers.

“I can’t rule out anything. We’ve shown before if it needs to be done and we’ll do it,” he said.

The premier noted that the province is always in consultation with health professionals, local medical officers of health, and local mayors before making decisions.

“We have to be collaborative which we have been from the beginning… you can’t be running off into the wilderness making a decision yourself. I’m a strong believer in working together…  it’s absolutely critical we make a decision to move forward if the numbers get totally out of control. I won’t hesitate to do what it takes to protect the health and safety of the people,” Ford said.

He added that he’s “100%” concerned about the numbers which “keep me up at night.”

“We’re throwing everything we can at it.”

Ford said because the numbers are still escalating under a modified Stage 2, he will “do whatever it takes to get the numbers down.”

The province broke previous records of Saturday’s 1,132, and Sunday’s 1,328 — eclipsing single-day records twice in a row with Monday reporting 1,242.

A month ago, the four hotspots, Toronto, Peel Region, York and Ottawa were placed in a modified Stage 2 which saw the closure of indoor dining, gyms, and cinemas.

However, with numbers on the rise, it seems the temporary measures didn’t have the desired result the provincial government was looking for.

There are a total of 86,783 confirmed cases of coronavirus in Ontario reported to date.