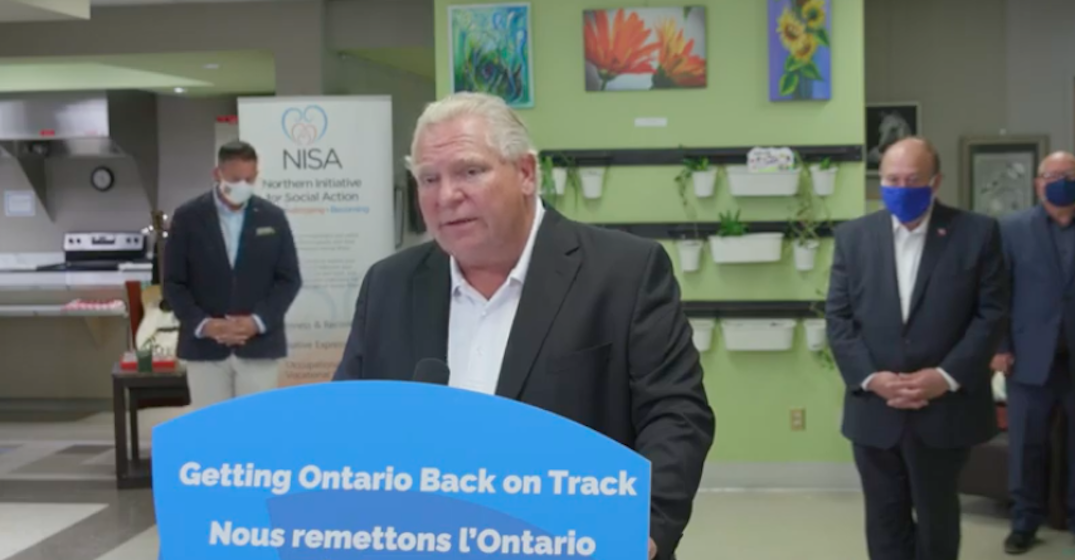 Premier Doug Ford said that children trick-or-treating on Halloween makes him “nervous” and he would prefer for they don’t go door-to-door.

“We have to be so so careful. That’s a month and a half away. Taking care of the kids is a priority, and Halloween, that makes me nervous,” Ford said.

But he noted that a month and a half is a long time during the COVID-19 pandemic.

“If you look back a month and a half ago where we were below 100 and now it’s almost spiked up to double, so let’s play it by ear and see what happens over the next month or month and a half.”

The premier added that Hallowe’en just “makes me nervous with kids going door-to-door.”

Ontario’s cases have spiked recently with two straight weeks of numbers being in the triple digits.

The premier noted that the rise in cases is coming from people meeting in large gatherings, and said that more fines need to be given out for those breaking the federal Quarantine Act.