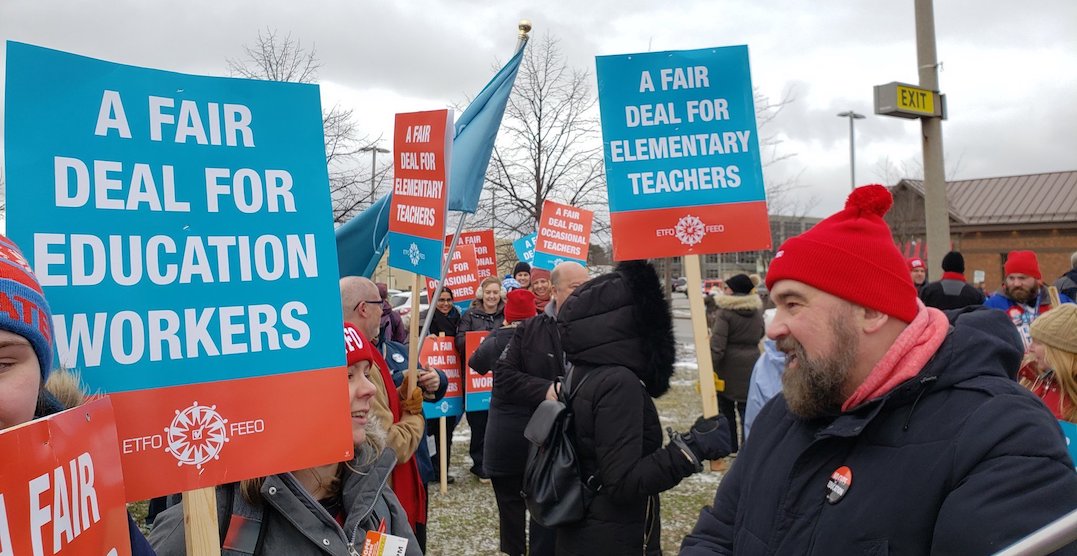 The Province of Ontario and the Elementary Teachers’ Federation of Ontario (ETFO) will return to the table on January 29 to work towards reaching a fair central agreement.

“Open exploratory talks with the Ford government’s negotiators must include a mandate to remove further cuts, increase supports for students with special needs, preserve the current Kindergarten model with a teacher and designated early childhood educator, and maintain fair and transparent hiring practices,” said the union’s president, Sam Hammond, in a release.

“It’s time that the Ford government recognized that our public education system is key to the future of this province’s economy. We must have the tools and supports to prepare students to realize their individual aspirations and productively contribute to the economic and social fabric of this province,” Hammond said.

On Tuesday, the ETFO announced that if no agreement is reached by January 31, the union’s members would engage in a one-day rotating strike and a one-day full provincial strike each week.

The province-wide strikes will take place on February 6 as will a rotating strike impacting the TDSB on February 7; all TDSB elementary schools from JK to Grade 8 will close.

Should the strikes take place, all elementary schools would be closed to students on February 6 and 7, so parents and guardians are encouraged to make alternate arrangements for children on these dates.

Child care centres located in elementary schools would be permitted to stay open, and should be contacted directly for more information.

Should the ETFO job action take place, all International Languages Elementary and African Heritage classes would also be cancelled. However, all adult non-credit programs, such as Adult ESL and Learn4Life, will continue to run.

“Teacher union leaders once again are breaking their promise to parents as they proceed with a full one-day withdrawal of services, province-wide. The consequences of union-led escalation are real, as families are forced to find child care on short notice,” Stephen Lecce, Minister of Education, said in a statement on Tuesday.

“Repeated escalation at the expense of our students, to advance higher compensation, higher wages, and even more generous benefits, is unacceptable for parents and students in our province. We firmly believe students should be in class, which is why we continue to stand ready to negotiate to reach a deal Ontario students deserve.”