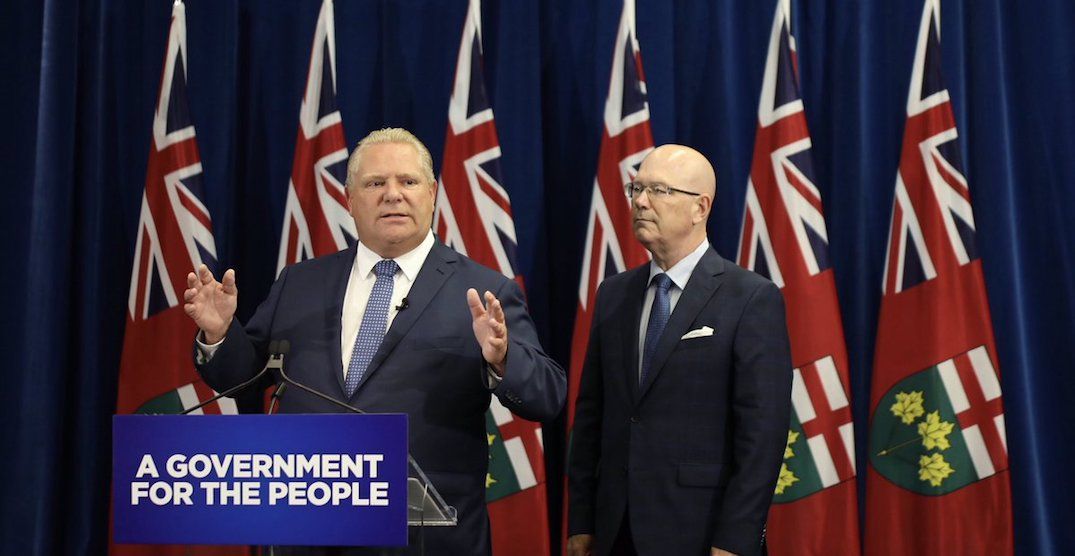 The Ontario government says it will be challenging Ottawa’s federal plan to impose a carbon tax on provinces.

According to Doug Ford’s Government, this challenge is the “next step in its fight to defend the people of Ontario from the federal government’s plan to impose a punishing new carbon tax on Ontario families and businesses.”

The province said that its position in court will be that the federal Greenhouse Gas Pollution Pricing Act imposes an unconstitutional tax on Ontarians.

The decision to head to the Ontario Court of Appeal is in addition to the decision announced by Premier Ford last month to intervene in the Government of Saskatchewan’s reference also challenging the federal carbon tax, stated the province.

The climb-down from the @JustinTrudeau government is an acknowledgement of the serious economic impacts of their job-killing carbon tax. Our government remains opposed to a carbon tax, of any kind, of any size. #ForThePeople #onpoli #cdnpoli pic.twitter.com/RidfJajWNi

“The federal carbon tax will have its day in court. But it is already on trial among the families who will be forced to pay more for gas, home heating and everything else if the federal government gets its way,” said Mulroney. “Our message to Ontario families, businesses and workers worried about the carbon tax is this: The federal government may have abandoned you, but we never will.”

Phillips is asking Trudeau’s government to cancel the carbon tax.

“The Trudeau government is finally confessing that their carbon tax will invite an economic catastrophe,” said Phillips. “Our message to the Prime Minister is that it is never too late to do the right thing. Cancel your carbon tax and put Canadian jobs and Canadian families first.”

“The reality (of course) is that the Trudeau Carbon Tax is bad for everyone. It makes Canada a less a competitive place to do business, whether your company employs five people or 50,000. It makes life more expensive for individuals and families,” Scheer tweeted. “My first act as Prime Minister will be to repeal Justin Trudeau’s Carbon Tax. Canada needs to be open for business.”

McKenna also added that the Conservatives have no climate plan.

“It’s now absolutely clear, the Ford gov’t – like the Scheer & Harper Conservatives – has no climate plan. Climate change doesn’t stop with a change in government. And in 2018, no climate plan = no plan for the economy. Our kids deserve better,” she said.

It’s now absolutely clear, the Ford gov’t – like the Scheer & Harper Conservatives – has no climate plan. Climate change doesn’t stop with a change in government. And in 2018, no climate plan = no plan for the economy. Our kids deserve better.