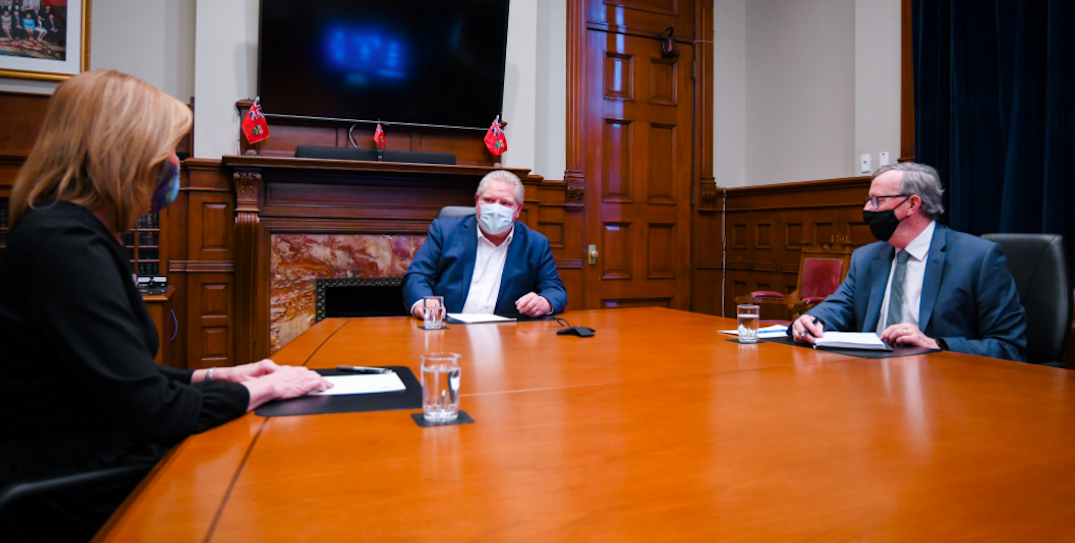 Update: Ontario announced a State of Emergency. Read about it here.

Premier Doug Ford is set to make an announcement on Tuesday afternoon on further COVID-19 restrictions to curb the surge in case.

He will be joined by Christine Elliott, Deputy Premier and Minister of Health, Solicitor General Sylvia Jones, Dr. David Williams, Chief Medical Office of Health, and Adalsteinn (Steini) Brown, Dean of the Dalla Lana School of Public Health at the University of Toronto.

On Monday, Ford responded to a reporter at Queen’s Park saying “we worked all weekend until late hours last night” and that further recommendations are going to cabinet today to be considered, with an announcement coming on Tuesday.

Last week, Ford announced that COVID-19 modelling would be released on Tuesday, which would be “a wake-up call” for residents.

There will be a technical briefing on the COVID-19 modelling at 11:30 am followed by the premier’s remarks at 1 pm  from Queen’s Park.