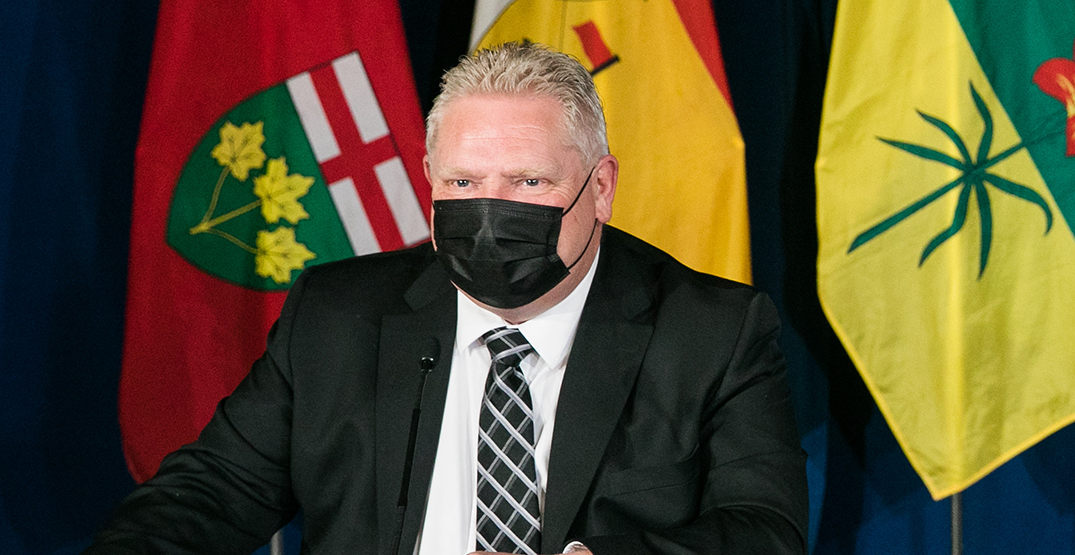 Ontario Premier Doug Ford is expect to announce the province’s next moves for reopening on Friday afternoon.

The 2 pm announcement comes as the province has remained in Step 3 of the original reopening plan since mid-July when COVID-19 cases began to increase in the province.

Before Thanksgiving, Ontario’s chief medical officer of health told reporters at a press conference that him and his team were working on a reopening plan in the province. He emphasized that final decisions are up to the province.

At the time, he said there are certain thresholds that need to be monitored as reopening takes place including daily case counts, test positivity rates and hospital and ICU admissions.

Cases in Ontario have been on a downward trend for much of October with daily cases remaining below 500 since October 11. The seven day rolling average is just over 400.

In Ontario, nearly 83.5% of the eligible population have been fully vaccinated against COVID-19.