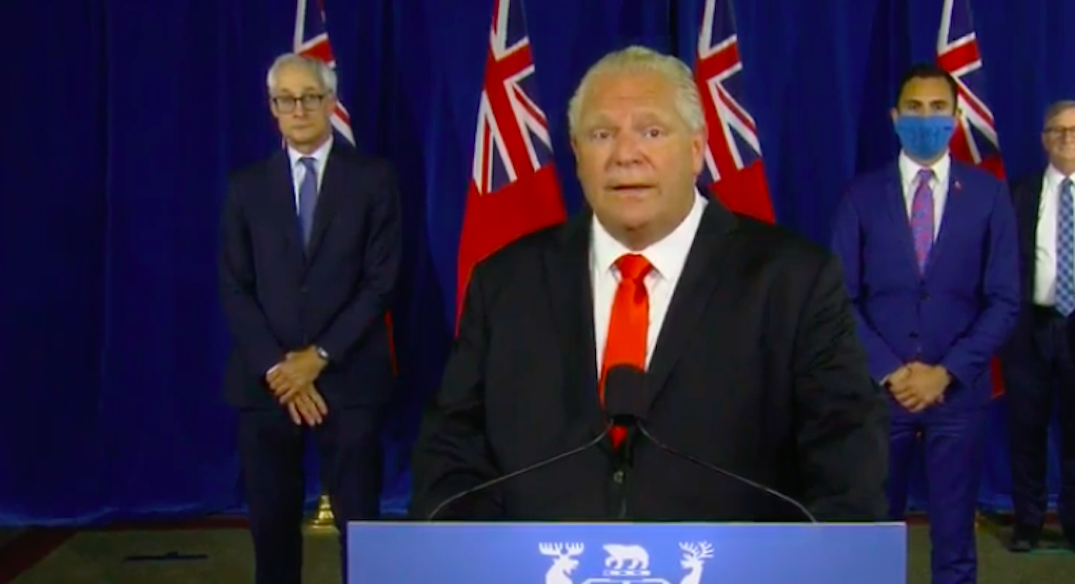 Premier Doug Ford is set to give an announcement on Thursday afternoon after warning that new COVID-19 measures would be announced at the end of the week for hotspots.

On Wednesday, during a press conference, Ford said, “We continue to see troubling numbers in Peel, Toronto, and York Region. It’s spreading at alarming rates in these areas.”

The announcement could come as soon as Friday.

Ford will be joined by Monte McNaughton, Minister of Labour, Training and Skills Development, and Dr. David Williams, Chief Medical Office of Health.

Health Minister Christine Elliott was initially supposed to be in today’s briefing, but will now be absent.

It will be held at 1 pm from Queen’s Park.