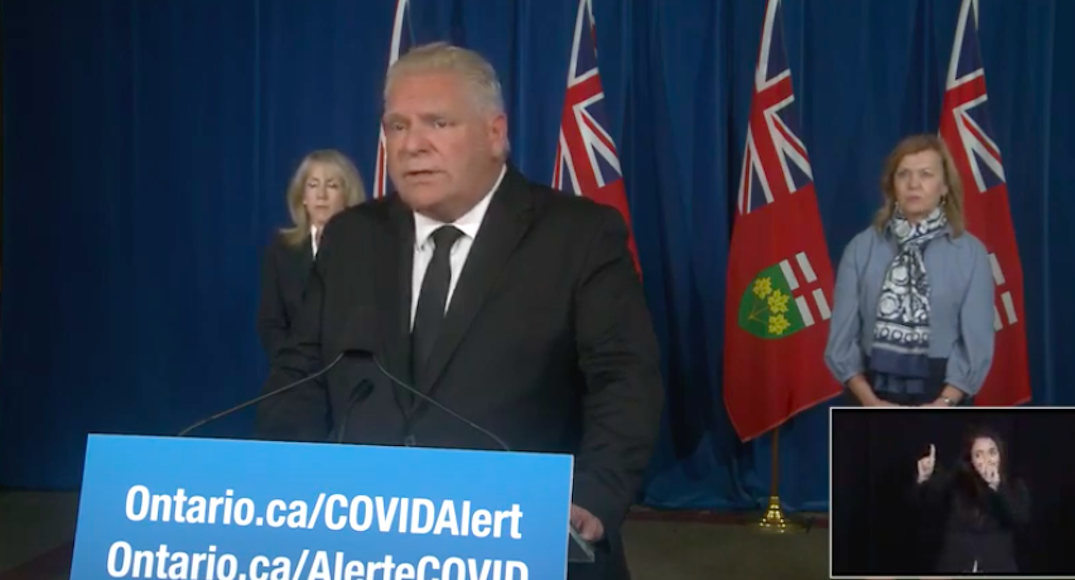 During a press conference on Wednesday, Ford said, “We continue to see troubling numbers in Peel, Toronto, and York Region. It’s spreading at alarming rates in these areas.”

The premier added that last week he asked Chief Medical Officer of Health Dr. David Williams what can be done to flatten the curve of the second wave.

“We expect new measures to be announced soon after we speak to cabinet. Expect an announcement in the coming days,” he said.

He added that it could be as soon as Friday.

When a reporter asked Ford about cases rising because residents are having people over in their homes for parties, birthdays, and sleepovers, the premier said to not have people over.

“My job is to protect the health and safety of every Ontarian. If it means locking down from the chief medical officer, that’s what we’ll be doing.”

The premier added that hospitals in Toronto are hitting capacity and that “we need to be responsible.”

“I’m done with people holding parties, having get-togethers. Everyone in these regions has to hunker down,” the premier said. “There are careless people out there having parties.”

Toronto already moved into the red zone on November 14 but has additional restrictions imposed by the city’s top doctor, Eileen de Villa. They include closing indoor dining, fitness classes, and cinemas, and reducing gatherings to just immediate households with one or two essential supports.

Ford has said that residents in red zones should not leave their homes unless it’s for essential trips.

There are a total of 98,162 confirmed cases of COVID-19 in Ontario reported to date.