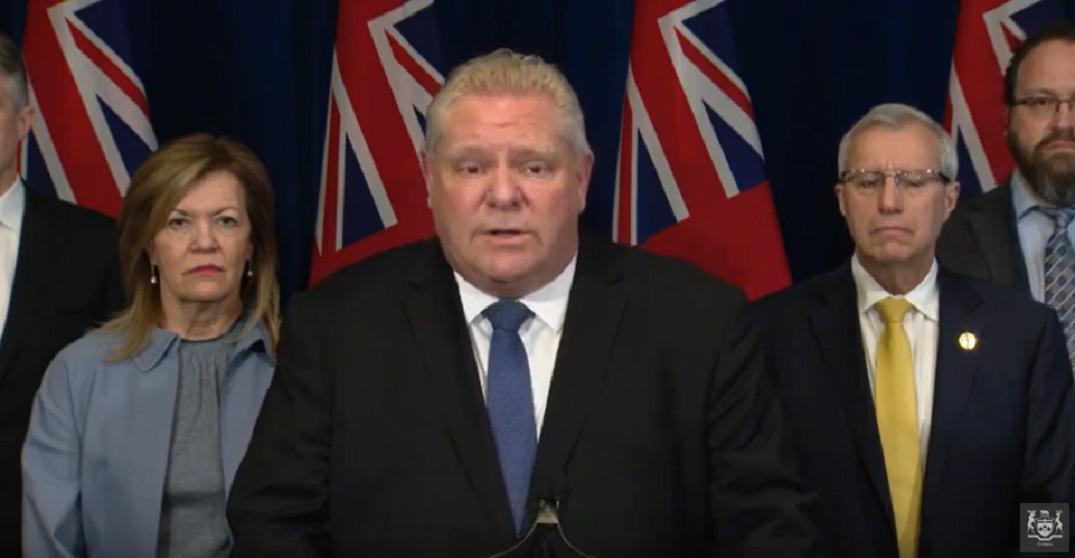 Ontario Premier Doug Ford will be making an announcement in Ajax on Tuesday.

According to a release, Ford will be joined by his Minister of Long-Term Care, Dr. Merrilee Fullerton, as well as Ajax’s mayor, Shaun Collier, and Chair of the Lakeridge Health Board of Trustees Sharon Cochran.

The announcement comes the day before the premier indicated that he would be giving more information about Toronto’s entry into Stage 3 of Ontario’s economic reopening.

“The health officials have asked for a little more time to analyze the numbers, and as I’ve always said, we can’t rush this,” Ford said on Friday, after delaying a scheduled announcement last week.

Ford said Wednesday’s announcement will include an update on Stage 3 status for the three other regions.

“I’m hopeful we’ll have good news to share for those regions on Stage 3.”