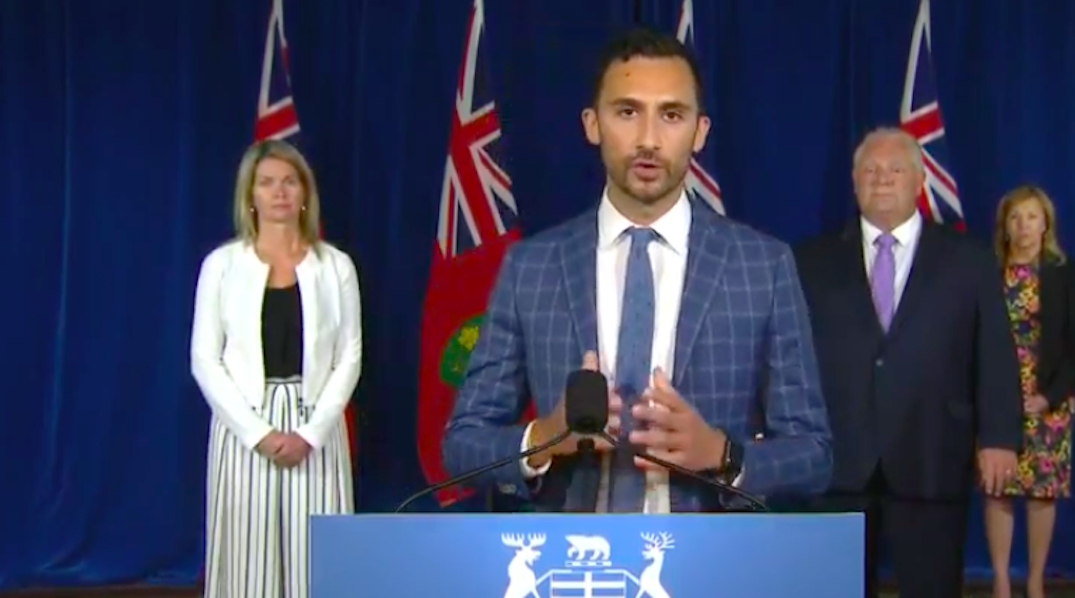 Ontario Premier Doug Ford and the ministers of education and tourism will make an announcement on Friday, a day after the provincial government announced changes to its school reopening plan.

On Thursday, Lecce said that for one year, school boards will have access to reserve funding, of $500 million, which is taxpayer dollars not spent, in order to have the physical distancing measures they want to see in their classrooms.

He added that medical experts have emphasized the importance of airflow and quality. Therefore, an additional $50 million will be provided to improve ventilation.

He also said that he is open to a “cautious” restart, meaning a staggered start for different days come September. This looks like kindergarten students starting day one, followed by other grades the same week.

The press briefing will take place at 1 pm at Queens Park.