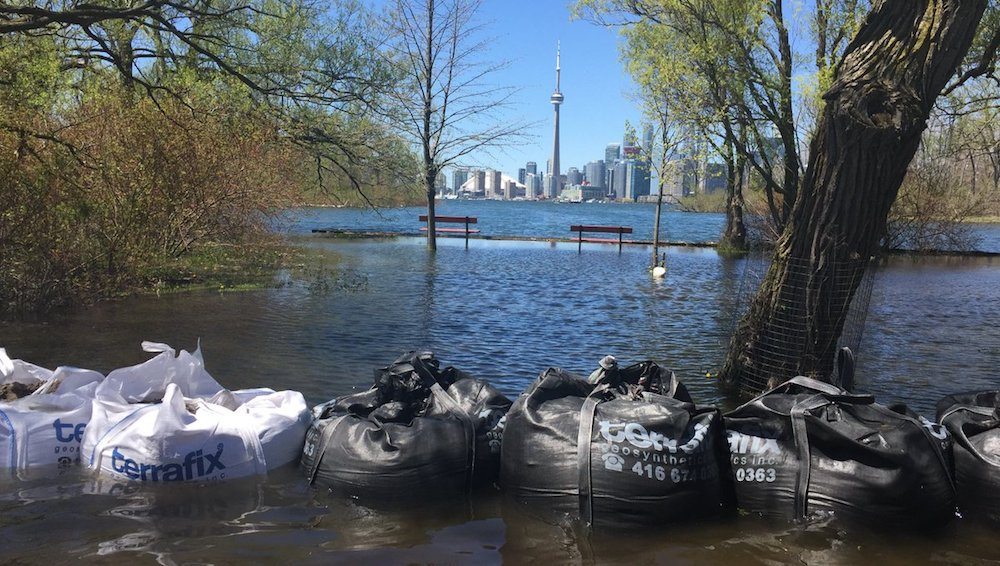 Toronto and Region Conservation Authority has issued a flood warning for the city after the rising temperatures have caused much of the snow to melt… very quickly.

The warning, which is in effect for February 5, states that the recent warm temperatures and precipitation have caused widespread melting of the snowpack throughout the GTA watersheds.

“Watershed conditions are saturated and temperatures are expected to stay above freezing until later today. Therefore, water levels have the potential to continue to rise,” it states.

The TRCA warned that due to the potential for further snowmelt caused by above freezing temperatures in the region, rivers within the GTA will be experiencing higher flows and water levels, resulting in hazardous conditions.

#BREAKINGNEWS TRCA has upgraded to a #Floodwarning. Please exercise extreme caution around all bodies of water and avoid driving on flooded roadways or in low-lying areas and underpasses. Details here: https://t.co/PfbWDItoGt #ONFLOOD #ONStorm pic.twitter.com/DhlVnJXWkZ

The TRCA is advising residents to exercise extreme caution around all bodies of water and avoid driving on flooded roadways or in low-lying areas and underpasses.

The City of Toronto is also encouraging residents to clear snow away from their home’s foundation to help prevent basement flooding.

Further information regarding potential basement flooding and what to do can be found here.