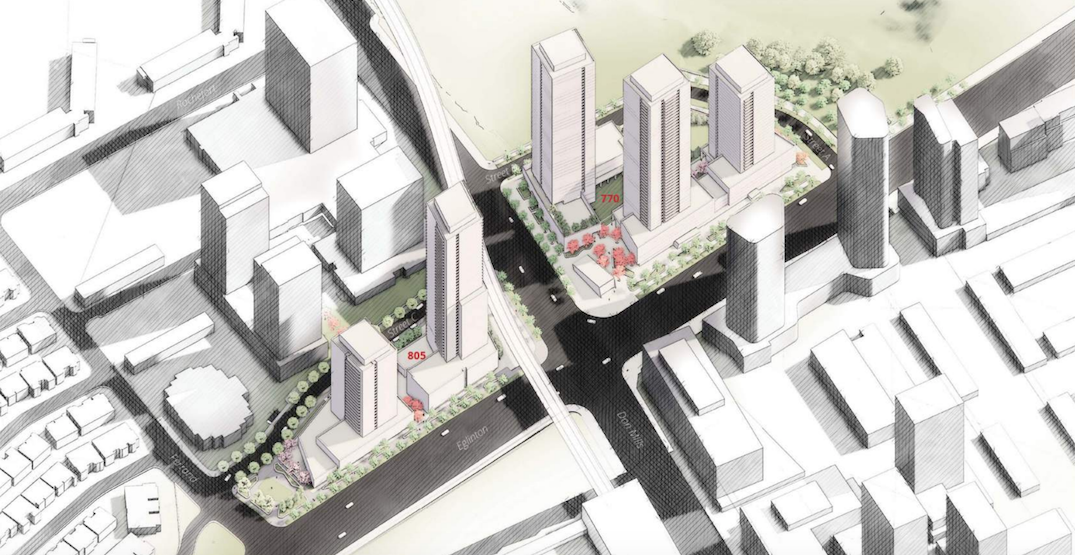 Five mixed-use towers with hundreds of affordable housing units are set to rise near a new Eglinton Crosstown LRT station. 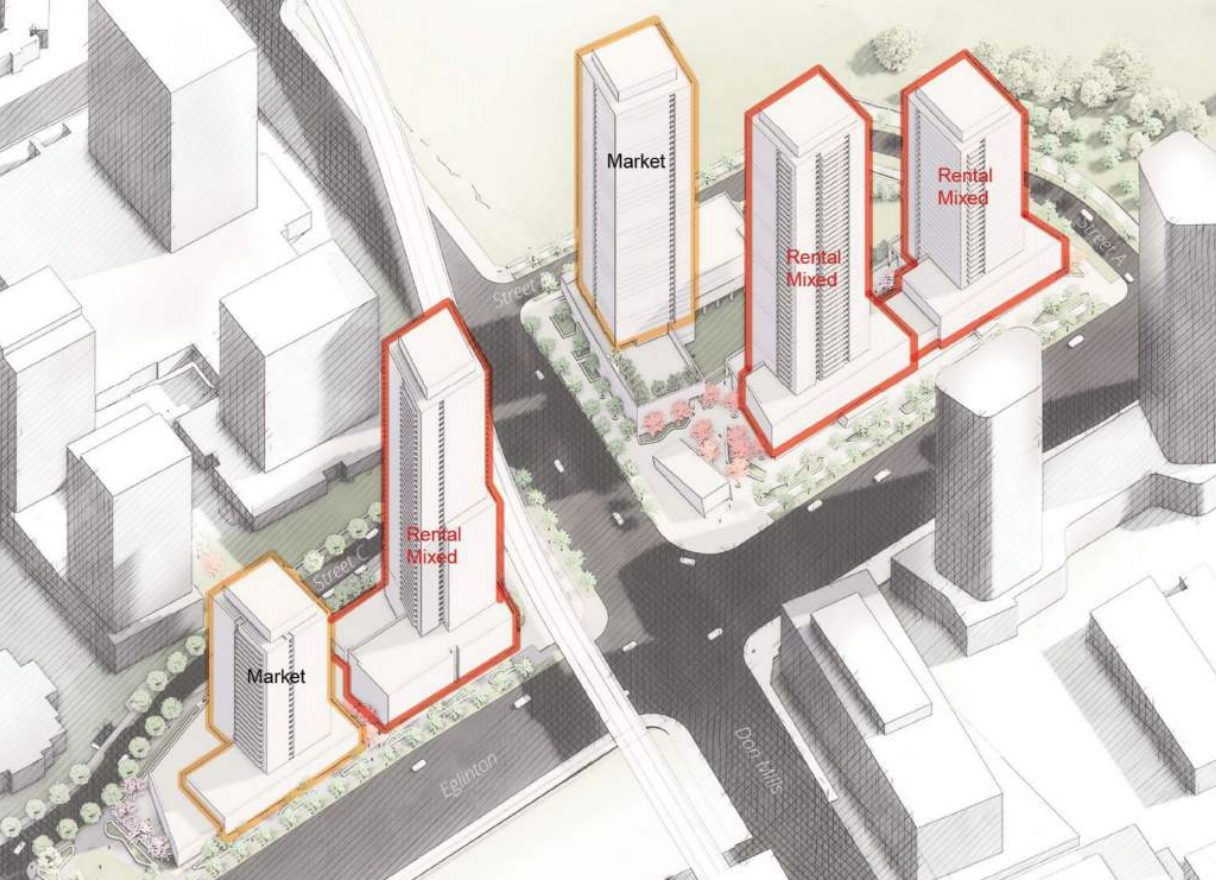 The buildings, which will have staggered heights reaching up to 48 storeys, will have a combination of market-rate and affordable housing. At 770 Don Mills, two of the three towers will be 50% affordable, netting 415 affordable units. The third tower, meanwhile, will have 418 units that are entirely market-rate condos. 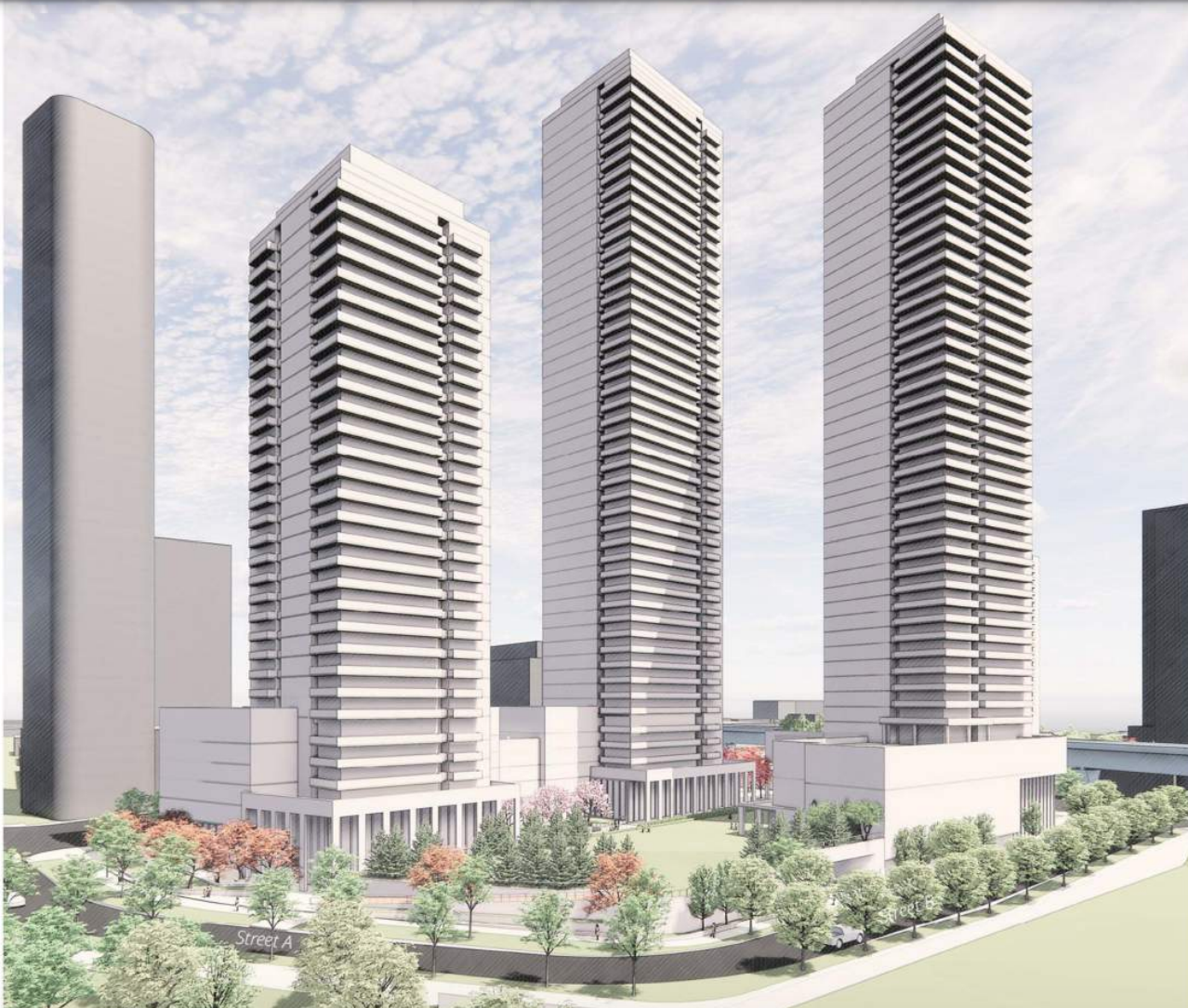 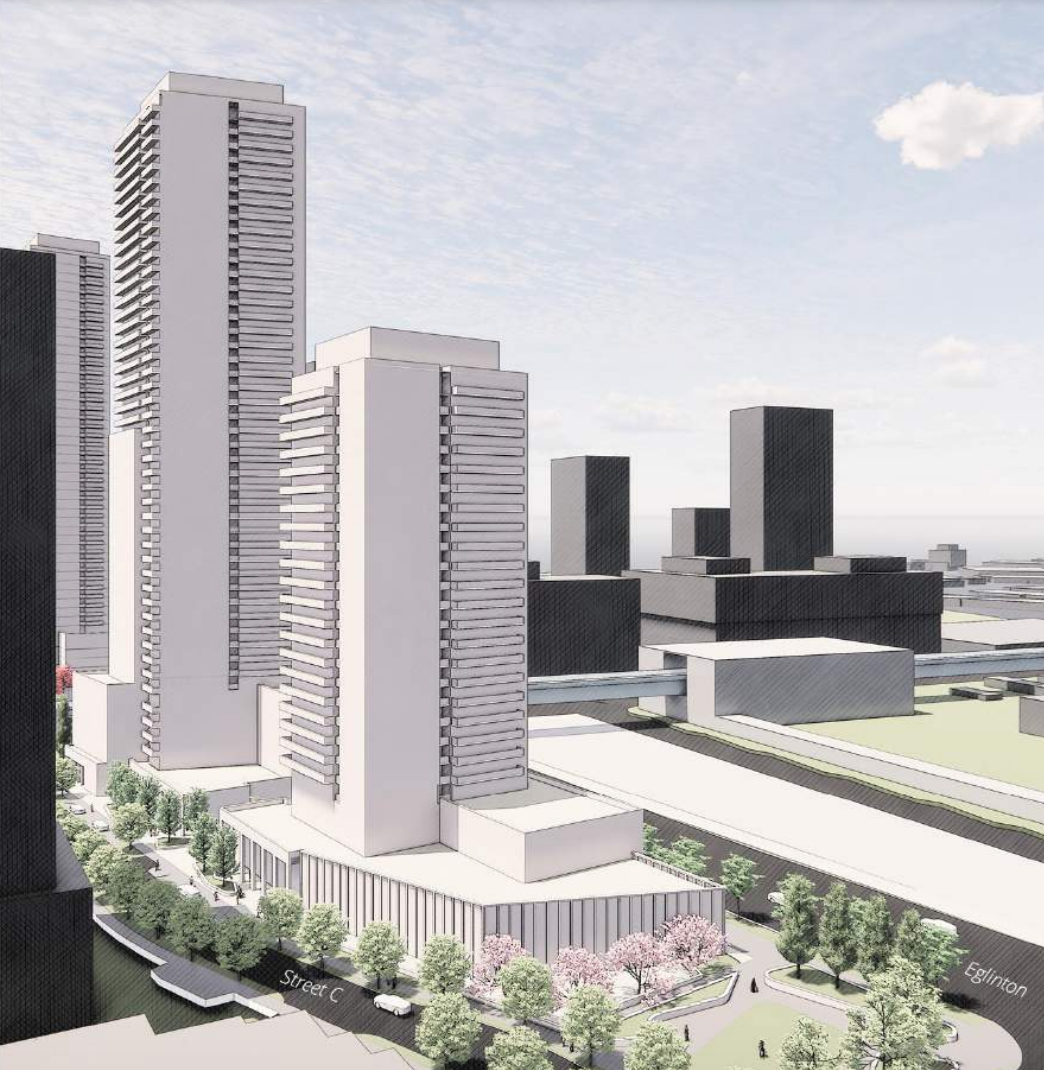 And it’s not just residential units that will occupy this gargantuan development. The towers are part of CreateTO’s Housing Now initiative and will be home to two new non-profit child care facilities, a new TDSB elementary school, retail, and community use space. Both sites will also have their own public parks. 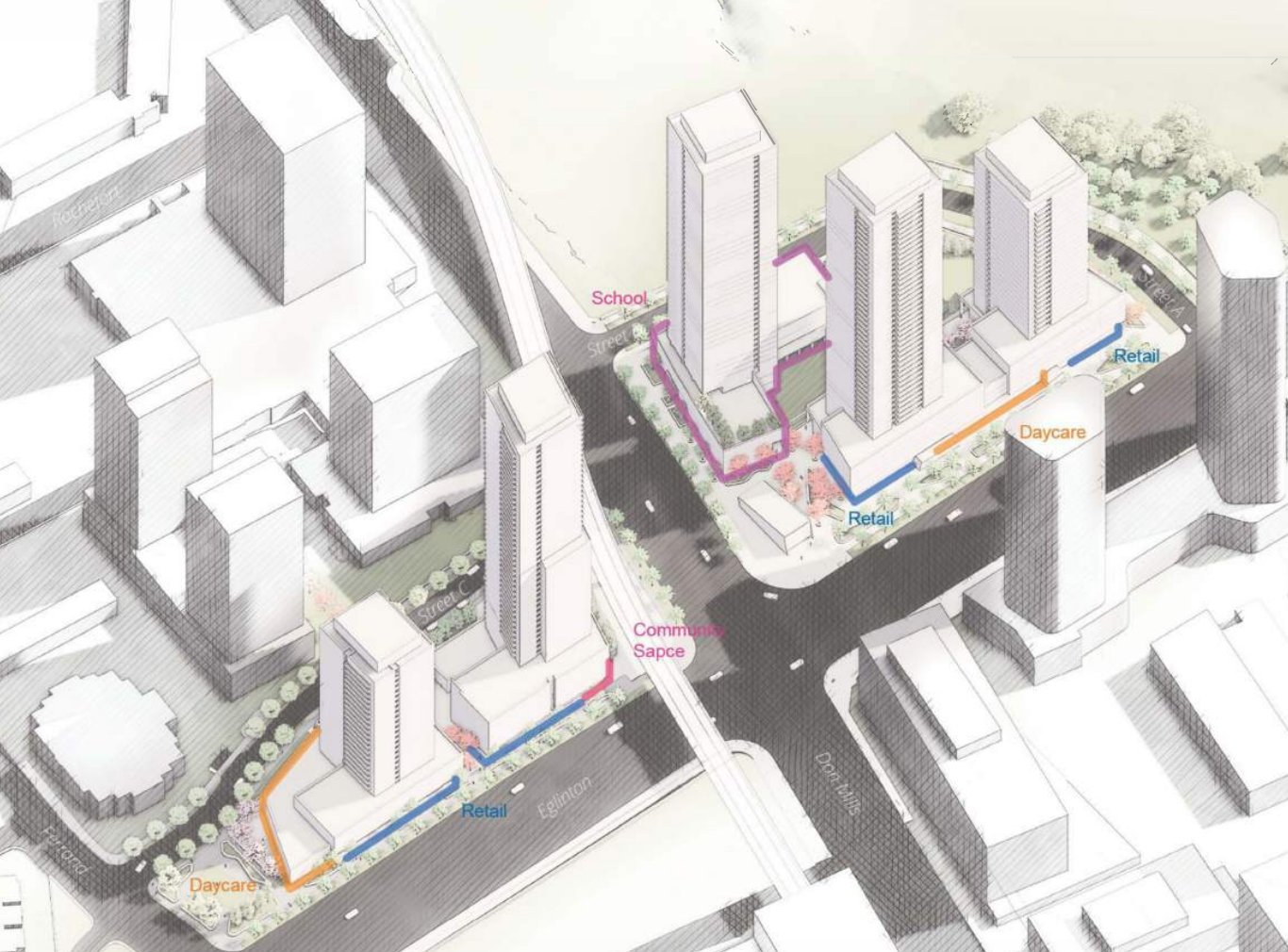 The buildings would go up immediately north of the Science Centre giving direct access to the museum and the new Science Centre Eglinton Crosstown LRT station, set to open next year.

The process of getting zoning approvals and finding a developer to take on the project is expected to take a few years. Construction is tentatively scheduled to start after 2023, with the first occupants expected in 2026.