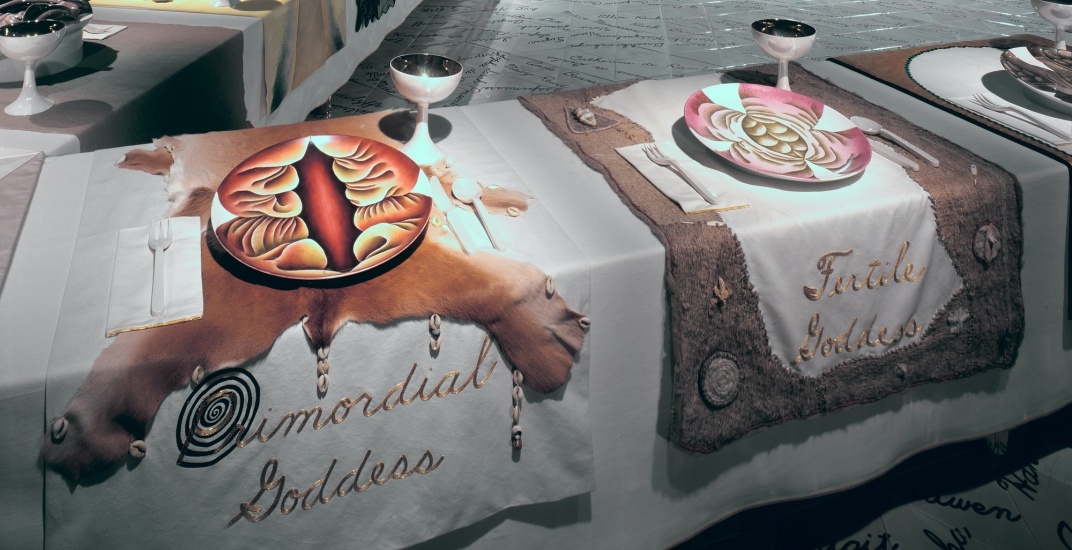 Judy Chicago, Installation view of Wing One, The Dinner Party

The Dinner Party, happening in Toronto this October, is a feminist feast inspired by (and with expressed consent from the artist) Judy Chicago’s pioneering installation comprising an “an epic triangular table with sculptures representing each of the 39 female historical figures the artist envisioned gathered around it.”

The “immersive artistic and culinary experience” presented by The Drake’s Curator Mia Nielsen and Executive Chef Alexandra Feswick and will be held as part of Art Toronto.

In the kitchen, Chef Feswick will be joined by an esteemed list of fellow female chefs from across Canada to prepare a collaborative seven-course menu that will be served to diners by a roster of some of Canada’s most high-profile male chefs. 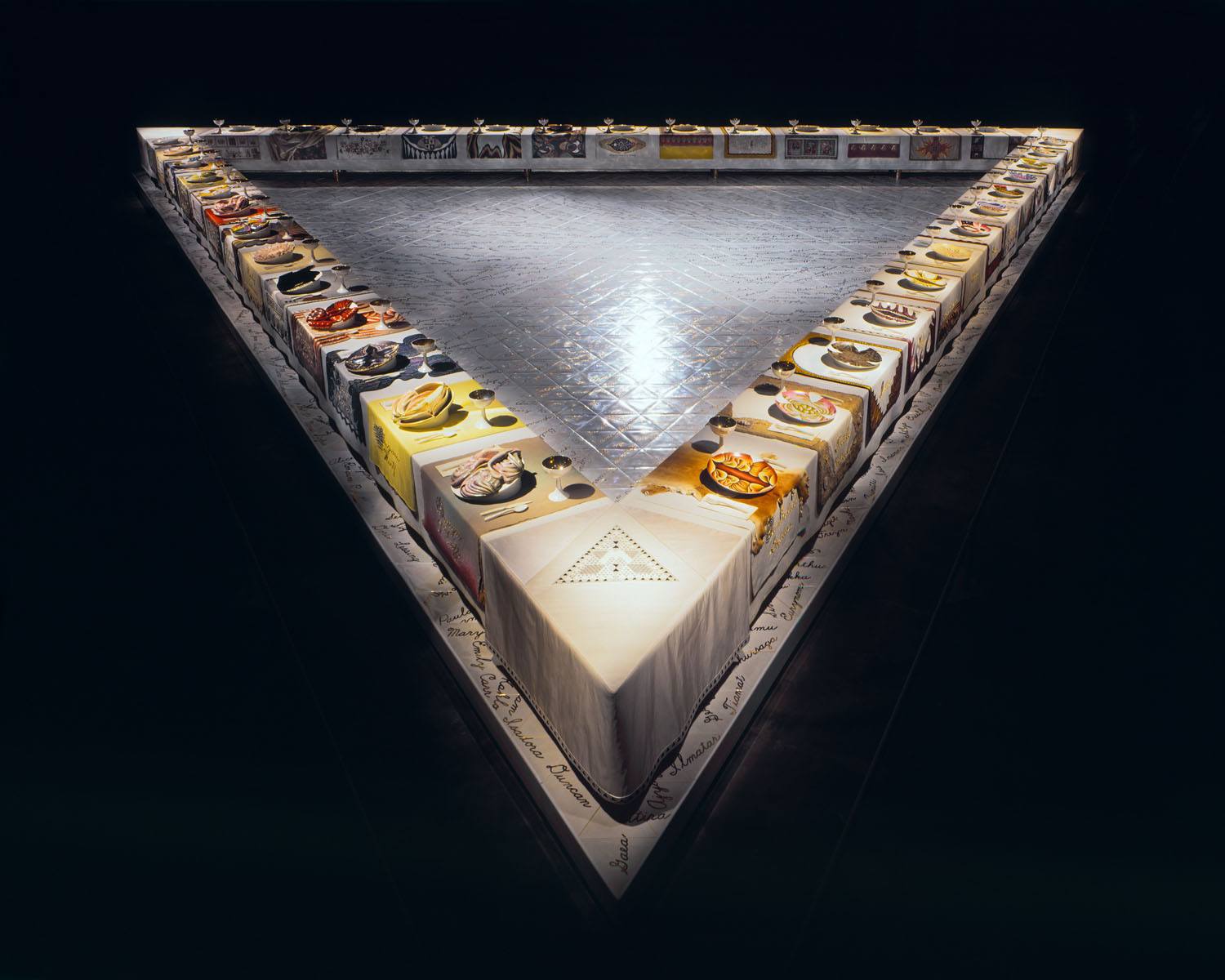 A representative from The Drake Hotel shared in an email to Daily Hive that:

Alex is quite vocal about her frustration with the lack of female representation in kitchens and at major festivals–often, there will be a token woman or two chosen to cook at a high profile event, while many equally deserving chefs go unrecognized in favour of their male peers. The male chefs tend to get top billing, more press attention, more opportunity.

​So, she wanted to do something real to move the conversation forward about inequality in the F&B industry, and provide a platform for these chefs and artists to snag top billing. And above all, treat guests to an amazing, immersive, collaborative dining experience.

In addition to the feast itself, Toronto-based artists Ness Lee, Sandra Brewster, and Diane Borsato will be creating site-specific artworks for the event, while artist Jennifer Murphy will send attendees home with a commemorative piece.

Chefs contributing to the evening’s menu include:

Meanwhile, diners can look forward to being attended to by some of notable male chefs from across Canada including: