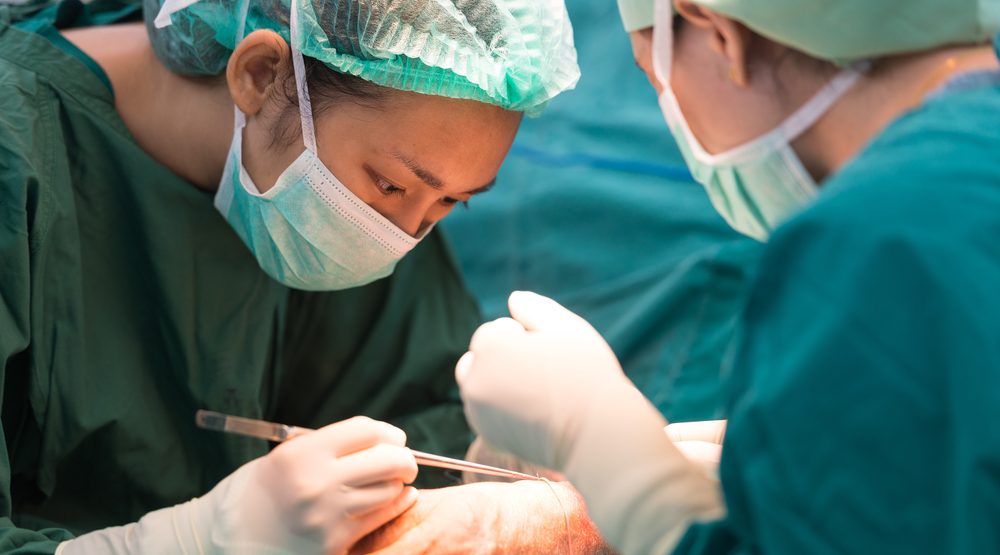 Dr. Nancy Baxter, a general surgeon at St. Michael’s Hospital, realized that women in her industry were earning less than men for doing the same job.

Curious about the factors contributing to the consistent wage gap, she decided to look into it. The result is a recent study, released by Baxter and her colleagues, which reveals that female surgeons in Ontario make, on average, 24% less per hour than their male counterparts.

“I was surprised by the amount,” said Baxter, who is also a professor of surgery at the University of Toronto. “I didn’t think the gap would be as large as it was. I didn’t expect that the gap would be there for virtually every specialty we looked at.”

Women are usually guided into specialties like gynecology, whereas men are more likely to be led into orthopedic surgery, which is “one of the higher billing, higher-income earning specialties,” said Baxter.

“You may say that’s a choice that women make. I must say you’re really guided by your mentors when you’re going through medical school and training,” she said. “There is this hidden curriculum where women are constantly told surgery is not for them — or gynecology is a better specialty for them… While women do have choice, they have agency in it, they are affected by the hidden curriculum.”

The types of patients who are referred to surgeons by other doctors can also affect women more negatively than men.

“Patients referred to women [surgeons] have problems that require operations that don’t pay as well as patients that are referred to men,” said Baxter. “And at the end of the day, that is likely the source of much of it.”

Surgeons use a fee-for-service system (meaning they bill OHIP per procedure) that is supposed to be free of bias, but women still earned less. The female-dominated specialties were the lowest paid, Baxter explained. She said women have been told there would be changes and improvements to the way procedures are priced for “decades and decades.”

The way the schedule of benefits is set up doesn’t always reflect how much a procedure should cost, especially since there have been major advancements with technology.

“It may have been that they were really difficult to do, say, 30 years ago, and now they’re easier to do, or faster to do, but the schedule hasn’t changed,” she said. “At some point, something needs to be done to address the fact that women are being paid substantially less in the medical field in Ontario than men, because this ends up being an equal pay issue… It systematically discriminates against women.”

The gender wage gap is such a widespread issue that the City of Toronto recently decided to come up with a gender equity strategy and to create a gender equality office. The goal is to research and understand the disparities between men and women, and to look at policies through a gendered lens.

“I think it’s because the historical biases are there. We live in a patriarchal world where men make the decisions and have traditionally been in the top leadership positions,” said Ward 13 Councillor Kristyn Wong-Tam, “and they will reward other men.”

On average, women make just over 78 cents for every dollar earned by men in Toronto. More than half of the city’s low-income population is made up of women. Current policies for transit, housing, and childcare were created by and for men in the past, but haven’t been analyzed or updated to benefit women equally.

“It’s so important for us to understand the systems we work in,” said Wong-Tam, “and know there are inherent biases every step of the way to advance certain genders and to keep certain genders behind.”

On October 3, the gender strategy was adopted unanimously by city council. It is set to be implemented next year to ensure fairness and equality in policy-making as well as for services and programs.

“Women have to leave and reenter the workforce in order to meet family caregiving duties. Women are more likely than men to work part-time, or they’re not able to stay late for that important meeting,” said Mendoza, which results in “loss of seniority or advancement opportunities and affects their wages.”

Another reason women are underpaid is because female-dominated jobs are valued less, said Mendoza, even ones that demand the same skill-set as men. Women are also more reliant on affordable childcare spaces, since 80% of single-parent families in Toronto are led by them.

“We can appreciate that if we’re not funding enough childcare spaces in the city, then we are, in a way, impacting the gender that is trying to access workplaces or employment,” she said. “That’s one important area that will impact economic independence or good paying jobs for women.”

In terms of creating better policies for the city, Baxter said it’s important to come up with solutions for both men and women.

“We need to think about the system versus thinking of it as one gender’s problem,” she said. “I thought this was all going to improve with more women being present, with more women in medicine. But it’s clear that’s not going to solve all of our problems. We have to do something active.”