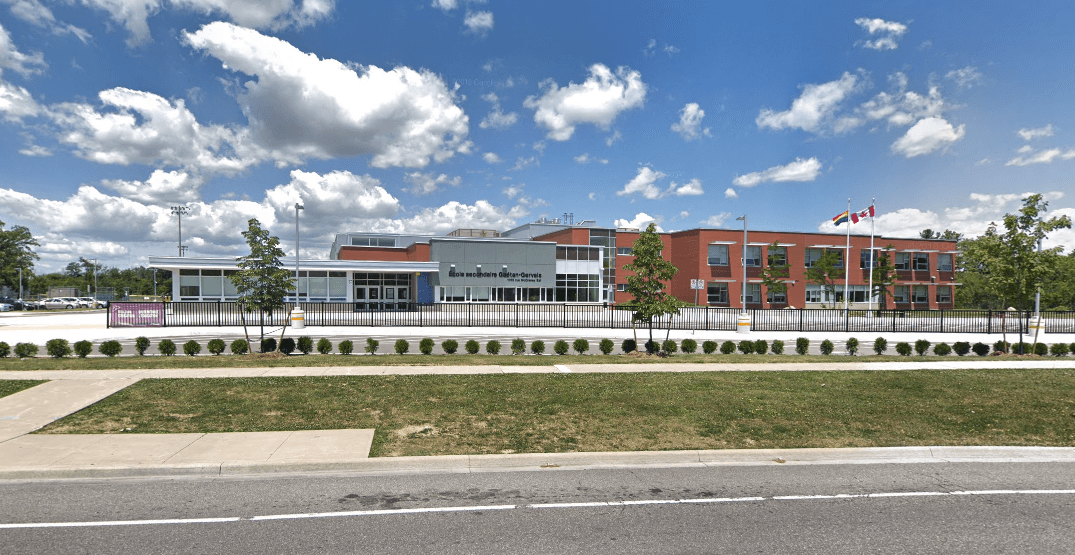 Halton Police asking for the public’s help in locating a suspect in a sexual assault that happened on a trail next to an elementary school in Oakville on Tuesday.

Police say on Tuesday, June 18, 2019, at about 12 pm, a lone female victim was walking on a trail system north of McCraney Street just east of Gaetan Gervais Elementary School when she encountered the suspect walking on the trail.

The suspect allegedly began engaging her in conversation and police say that he repeatedly mentioned the word “money.”

He then allegedly grabbed the victim’s hand, pulled her towards him and began hugging her and touching her inappropriately.

The suspect is described as an older South Asian (East Indian) male, between 60-70 years old, standing short at 5’4″ to 5’7″, with a full white/grey beard, a long moustache and wearing traditional clothing, and a turban. Police say the man spoke in a thick Indian accent.

Anyone with information regarding this or similar incidents should contact the Child Abuse and Sexual Assault Unit – Detective Sergeant Chris Newcombe at 905-465-8965 or Detective Constable Kevin Hietikko at 905-465-8978. Tips can also be submitted to Crime Stoppers at 1-800-222-8477 (TIPS), or online.