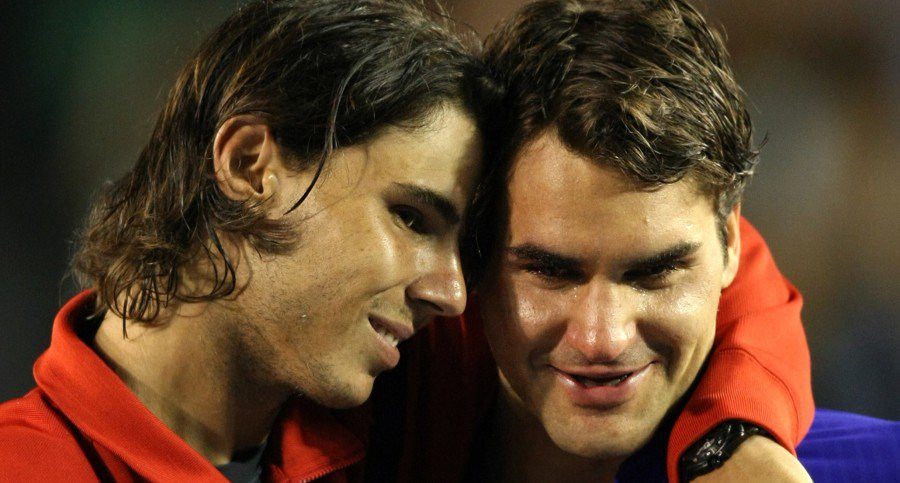 Bad news for tennis fans, as two living legends have pulled out of the Rogers Cup in Toronto that begins on Saturday.

Roger Federer and Rafael Nadal will not be coming to Toronto.

“I have made the tough decision to withdraw from Rogers Cup,” said Federer in a media release. “Toronto is one of my favourite events on the calendar and I am disappointed that I won’t be able to compete in front of the great tennis fans in Canada. Looking ahead, it is best for me that I take more time after Wimbledon. I look forward to coming back to Canada next year and I wish Karl Hale and everyone at Tennis Canada a very successful tournament.”

Federer, who lost to Milos Raonic in the semi-final at Wimbledon earlier in this month, is choosing to rest during a busy tennis calendar. Unlike Raonic, Federer is choosing to play in the Olympic tennis tournament which begin August 6th.

Meanwhile, Nadal is not playing due to a wrist injury he suffered at the French Open.

“I am disappointed to announce I won’t be able to come to Toronto to play this year,” said Nadal. “I only started practicing a week ago after my wrist injury and I am not ready to play such an important event. I am very much looking forward to playing in Toronto in a couple of years since I have always been treated great in that tournament and have a lot of great Canadian fans.”

“Roger and Rafa are two of the most popular players in the world and not having them in Toronto is extremely unfortunate,” said tournament director Karl Hale. “But with current world No. 1 Novak Djokovic and Canadian star Milos Raonic confirmed for Toronto, along with a host of other top ATP players, the calibre of tennis and entertainment will be world-class.”

Federer and Nadal join Andy Murray, who pulled out yesterday, as three of the top four players in the world that will skip the tournament this year.