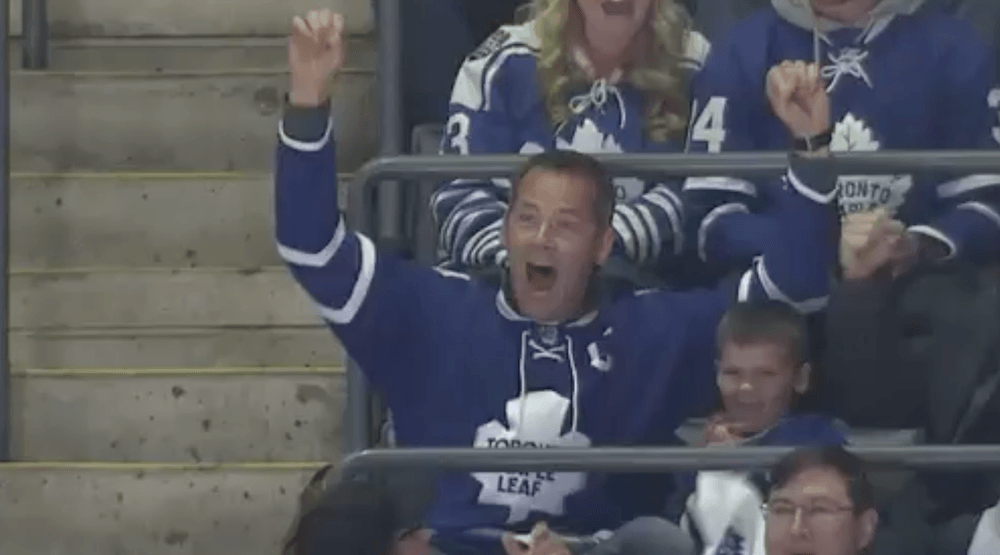 How would you react if you won Leafs season tickets?

Would you be ecstatic? In disbelief?

This father showed just about every emotion in 11 seconds at yesterday’s Maple Leafs game at the ACC.

Arms in the air like he just scored a goal, high fives all around, hands on his head, and an “oh my god” to top it off.

His son appears to think it’s pretty cool too, although I’m not sure he fully grasped the magnitude of the event until he saw the look on his dad’s face.