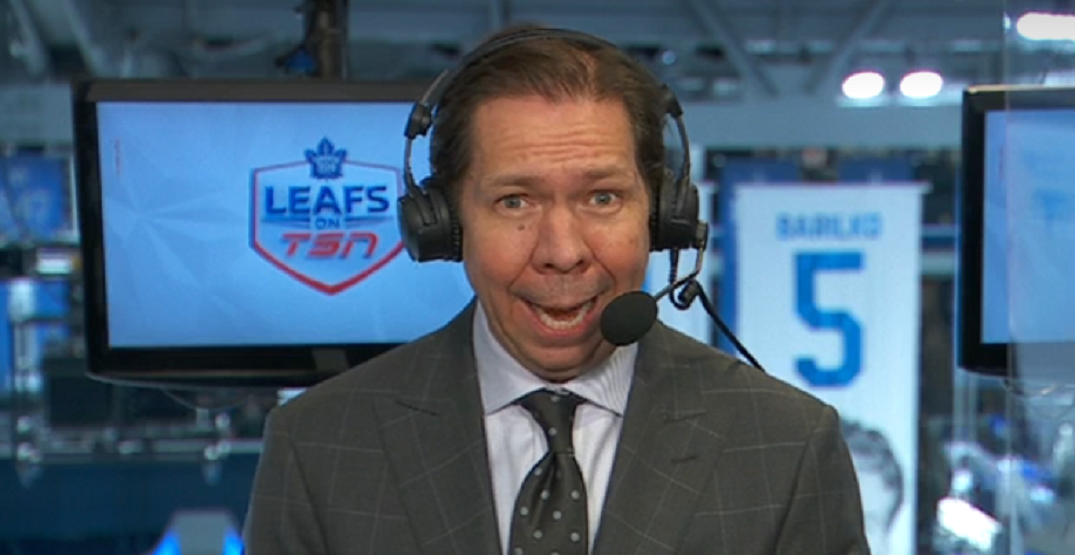 One of Canada’s best-known and well respected play-by-play announcers, Miller had a gaffe on Tuesday night’s broadcast between the Toronto Maple Leafs and the Columbus Blue Jackets.

As TSN was cutting to commercial, Miller meant to let viewers know that William Nylander had given Toronto a 1-0 lead over the Blue Jackets.

But uh, that’s not what came out of his mouth.

“William Nylander has his 11th of the year, and the Blue Jay- er, the Maple Leafs rather have a 1-0 lead,” Miller said.

Fans were quick to notice the slip-up online.

The @BlueJays are up 1-0 over the Blue Ja…ckets.

And it's 1-0 Blue Jays! According to Gord Miller, lmao

It’s odd to say the Leafs “cruised” to a 5-4 victory in the game, but it’s a pretty accurate descriptor. Toronto carried a 5-1 lead into the third period, and were up 5-2 until the 16:25 mark of the final frame. Columbus actually scored their final goal with under one second left in the period, but were never all that close to tying things up.

Gord Miller seemed to take it all in stride, though. Miller shared this tweet in the first intermission, saying his friends were ribbing him hard about the honest mistake.

I am getting massacred via text message for inadvertently saying “Blue Jays” during the Blue Jackets/Maple Leafs game. It’s the unwavering support of my friends and colleagues that sustains me during the difficult times 😂

As far as announcer goofs go, it’s hard to imagine a more harmless one.