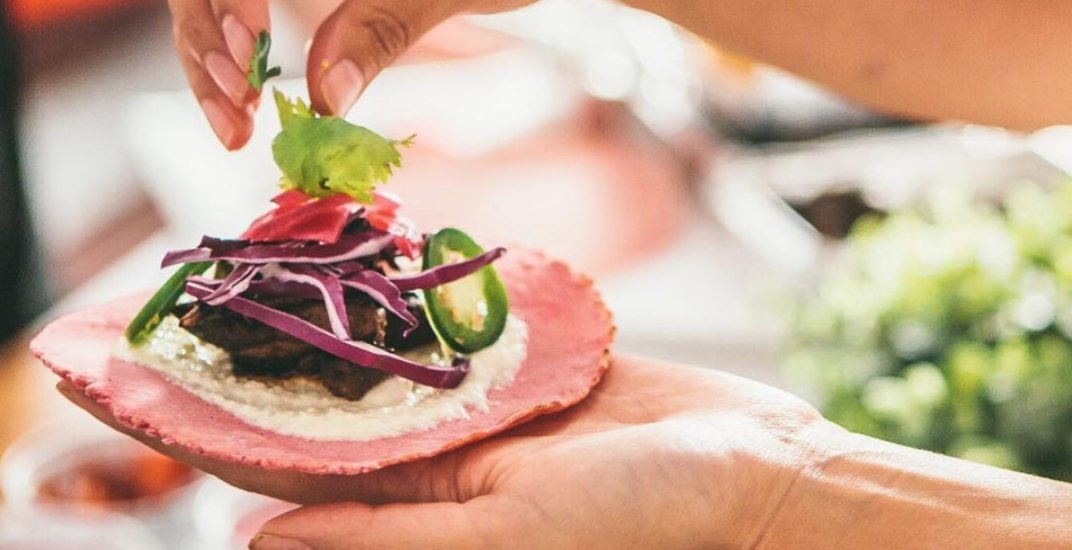 Toronto-based Fake Taco from chef Aminah Haghighi is set to launch on October 25 with a menu that majors in vegan tacos delivered on demand.

In an email to Daily Hive, Haghighi shares her motivation to open the new spot,

Following a plant-based lifestyle myself, the main motivation came from the people around me who were super interested in how they could add more plants to their diets. They already knew it was a more environmentally friendly and sustainable way to eat, but they didn’t exactly know where to start. Making plant-based food that is enjoyable to both herbivores and carnivores alike, that is also easily accessible, was really the catalyst to get Fake Taco going.

Sans retail storefront but offered via delivery through partners like foodora, Fake Taco intends to do more than just let you order lunch to your desk, the company will also dish out taco parties (AKA catering), and DIY meal kits that let diners assemble tacos to-order.

While the menu has yet to be revealed, photos on social media suggest that tortillas and toppings will be delivered in individual containers–finally eliminating the risk of soggy tacos that’s all to often cited as the reason taco delivery is sorely lacking in this city.