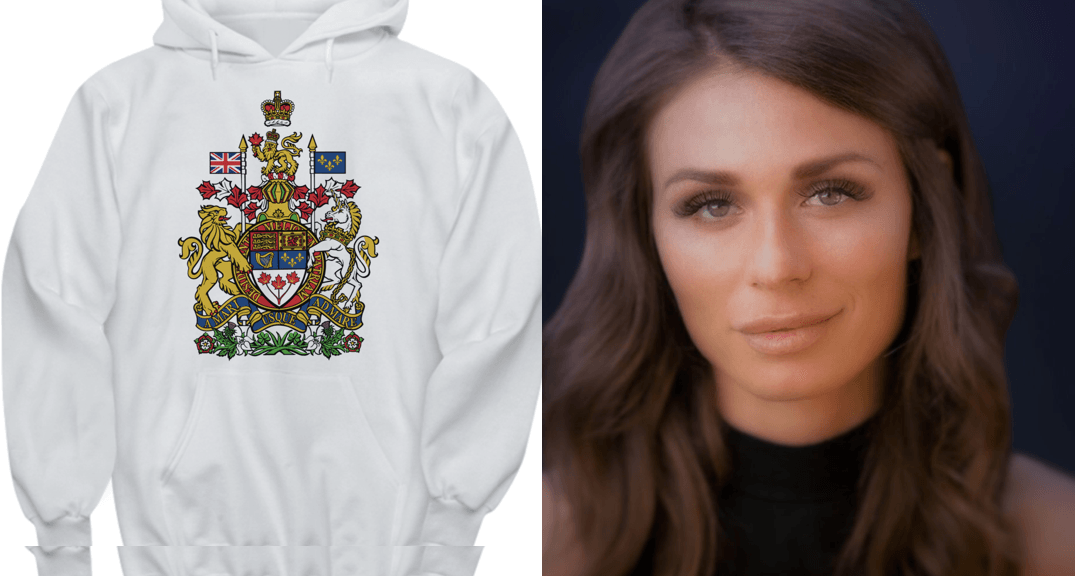 Just weeks after the former Toronto mayoral candidate was ordered by the courts to pay over $43,000 in legal fees to Bell Media following a failed lawsuit, Faith Goldy has allegedly launched a “Canadian Heritage” line of clothing products.

Goldy appeared to have tweeted about her line on January 3, as first reported by CANADALAND.

“Super excited to launch my new Canadian Heritage line of gear,” Goldy said, in a now-deleted tweet. “Canada has a proud history, worthy of honour. My Canadian Heritage Line employs traditional symbols which illustrate our European heritage and deep desire for a better nation.”

With three products available on Gearbubble, the website also shows how many items have been sold… and it’s not very much.

Which is surprising, considering the very trendy Canadian Coat of Arms is used on the gear (wow white hoodie), and it’s “to be worn by patriots ONLY.” 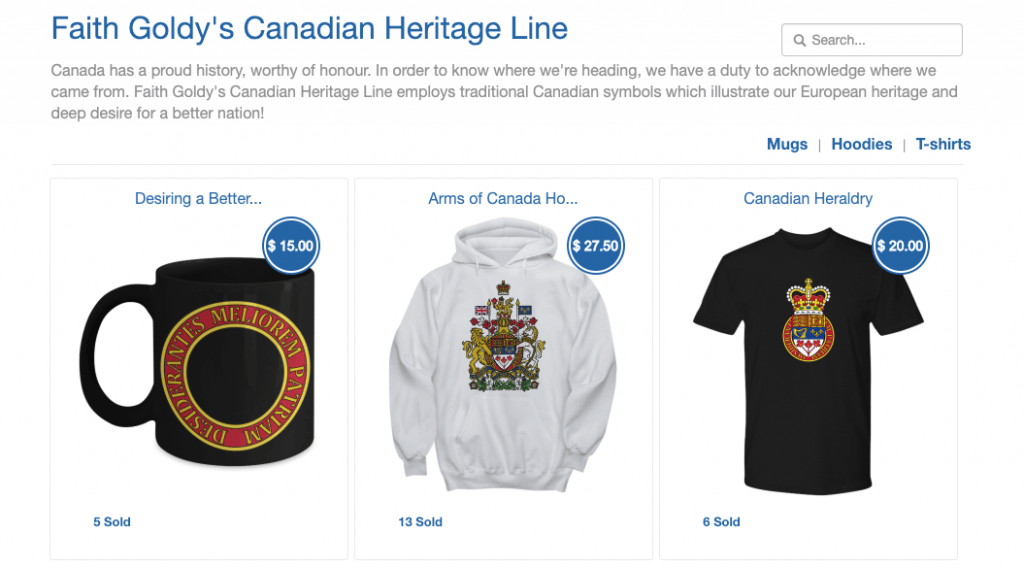 Although Goldy’s initial tweet was deleted, she did reply to someone asking where the products are made.

All products are designed, made & shipped in/from North America!

As for the Canadian Coat of Arms, it’s protected by the Trades-mark Act, and the government of Canada website lists that “no person shall adopt in connection with a business, as a trademark or otherwise, any mark consisting of, or so nearly resembling as to be likely to be mistaken for… the arms, crest or flag.”

So hopefully, she has permission to use the Canadian symbol, or the courts may be in her future again.

Last month, according to court documents, Goldy, who came in third during the election, sued Bell Media after it refused to air her campaign ads on its channel, CP24.

After initially agreeing to run the political advertisements, CP24 notified Goldy that it had decided not to allow them on the network, and would be refunding the candidate the money paid for the ads.

Goldy’s lawsuit alleged that Bell was breaching her right to free expression.

But the judge dismissed the application, saying that the complaint should be addressed to the Canadian Radio-television and Telecommunications Commission and not the courts.