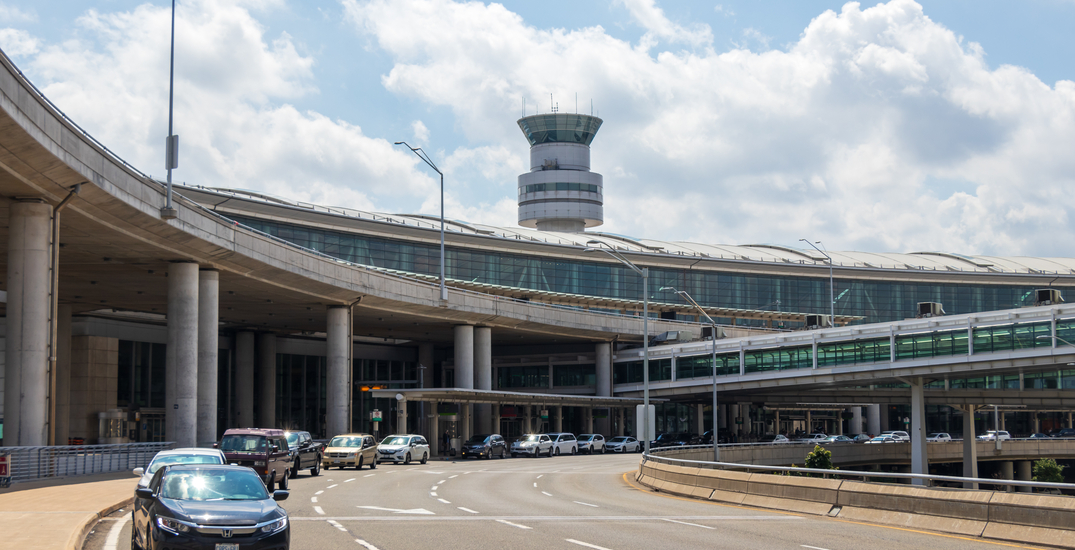 A group of climate protestors are planning to demonstrate outside of Toronto Pearson International Airport on Thursday evening.

Extinction Rebellion’s Greater Toronto faction will stage a protest outside Terminal 3 Arrivals at 7:30 pm, the group said in a release. Members will be based at post C34.

Thursday’s demonstration is the group’s second at Pearson this week. On Monday evening, protestors disrupted traffic outside the airport as passengers arrived.

Extinction Rebellion’s protest takes place as world leaders travel to Scotland for the COP26 climate conference, which begins on Sunday.

The group is demanding that provincial and federal governments put an end to fossil fuel subsidies.

“Disruption in major city centres will shine a light on Trudeau’s climate hypocrisy and increase pressure on him to end fossil fuel subsidies once and for all,” they said.

On Thursday afternoon, Peel Police told Daily Hive that they were unaware of the protest but would be looking into the matter.

Extinction Rebellion’s Vancouver division has been protesting for nearly 14 days straight, leading to the arrest of 46 people.

Daily Hive has contacted Pearson Airport and will update this story accordingly.