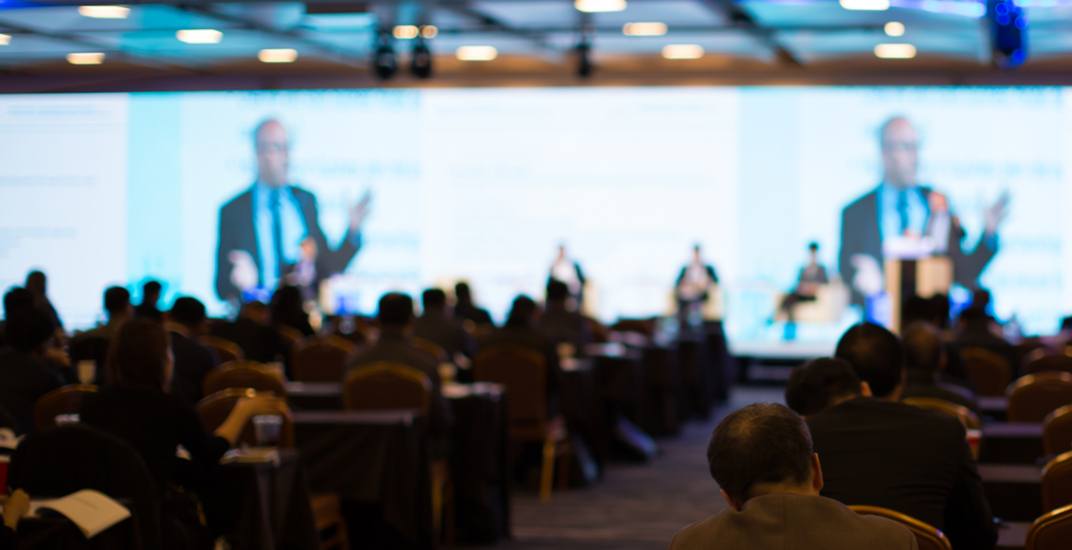 Whether you’re a developer, coder, gamer, engineer, or even a hacker, you need to check out one of Canada’s largest developer-focused conferences that’s happening in Toronto this spring.

Taking place in downtown Toronto from April 3 to 5, the Evoke conference will bring over 500 developers, executives, and entrepreneurs together at one of the largest developer conferences and events in Canadian history.

From April 3 to 4, the DisruptAI:Hackathon, sponsored by Microsoft, is taking place and participants can compete against developers from Canada’s most innovative and influential companies to disrupt their industry using AI, and win $10,000 in cash prizes.

On April 5, attendees can check out the one-day dev focused Evoke: Engage Conference, which will include a series of key-note speakers, workshops, and panels about technologies like AI, BCI, Blockchain, Cloud Computing, Extended Reality, IoT, Machine Learning, Privacy & Security, Quantum Computing or Singularity.

Additionally, there will also be the third annual Developer 30 Under 30 Awards Ceremony to check out, which recognizes the best young developer talent in Canada today.