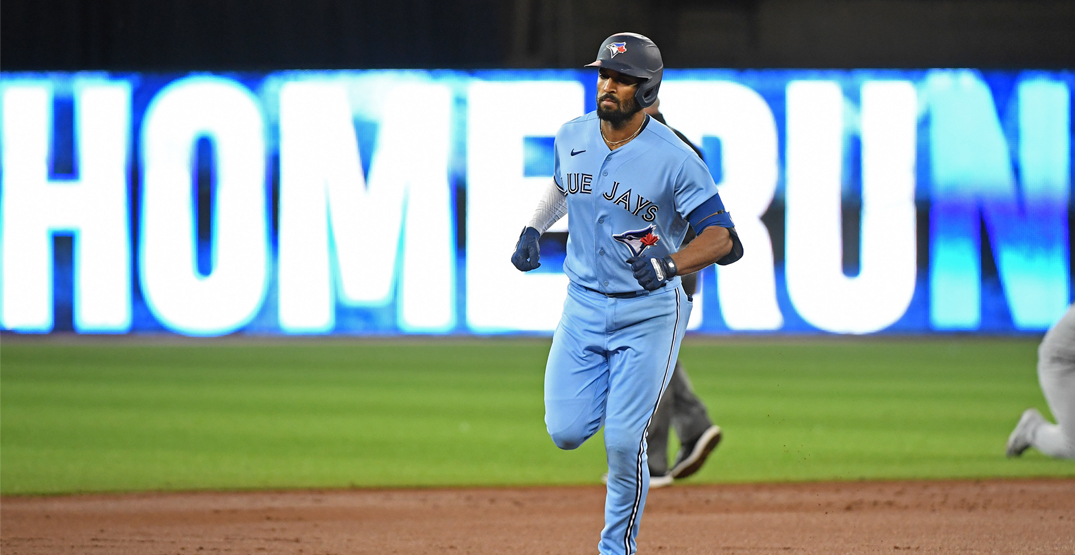 One of the craziest seasons in Toronto Blue Jays history just got even more memorable… and this time, for all the right reasons. With the club on pace to set all kinds of offensive records, the Blue Jays just set three new club milestones in a single game.

Semien’s 44th homer as a 2B is a NEW @MLB single-season record! pic.twitter.com/9NJ9gbsWG4

Semien eclipsed Davey Johnson’s 1973 season with the Atlanta Braves, which was the previous high for home runs by a second baseman with 43. The California native owns that title all to himself with 44 big flies on the year.

Next up was Bo Bichette, whose 27th homer on the year set two new benchmarks for the Blue Jays in the offensive department. Bichette surpassed Tony Batista’s previous franchise high with 26 home runs as a Blue Jays shortstop.

Most homers by a #BlueJays SS in a single season:

And by hitting the 100 RBI threshold, Bichette became the fourth player of the Blue Jays’ 2021 season to cross the century mark on runs batted in. Again, that’s a new franchise high for 100-RBI players in a season.

For the first time in #BlueJays HISTORY, we have FOUR players with 100+ RBI 🤯 pic.twitter.com/fD8Q2dxGFR

The Blue Jays had three previous seasons when three of their hitters crossed the 100 RBI mark: in 1993 with Joe Carter, Paul Molitor and John Olerud. In 1998 with Jose Canseco, Carlos Delgado and Shawn Green. In 2000 with Tony Batista, Carlos Delgado and Brad Fullmer. And in 2015 with Jose Bautista, Josh Donaldson and Edwin Encarnacion.

RBI’s are a bit of an antiquated statistic, but it’s still pretty cool that this is the first time in franchise history the Blue Jays have four … yes, four 100 RBI players in their lineup.