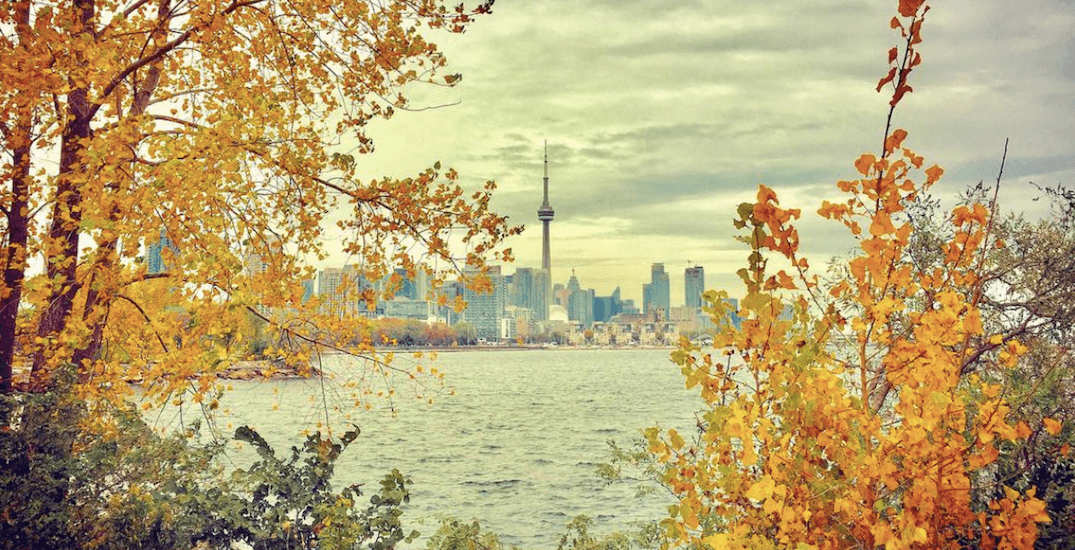 A little rain in the forecast, but a lot of fun in the city.

Your Saturday is about to get more exciting, be sure to check out what’s happening in Toronto today! Enjoy your last weekend of October.

What: This fall drive just over an hour west of Toronto and you’ll find Fear Farm, a terrifying farm that’s home to a number of bone-chilling attractions including a hillbilly-themed hike through the woods, a haunted hayride, the Hiller haunted house, the condemned corn maze, a terrifying clown-themed carnival, and the Stalking Dead, a zombie-infested corn maze.

What: For those wanting to take a look at Toronto’s haunted past, there are plenty of spooky walking tours you can take at some of the city’s most historic landmarks after dark.

When: Now until October 31, boats will depart every 10 minutes from 175 Queens Quay West
Where: The Toronto Island

What: This October, you’re invited to explore this seemingly never-ending maze of horror that’s housed inside an even more frightening haunted house. This year’s maze resembles an old fashioned hotel that’s been corrupted by lost souls and demons. Visitors will have to adventure through the old hotel and try to find their way out of the PITCH BLACK hallways and rooms. This attraction is definitely NOT for the faint of heart.

What: Toronto’s Heirloom food truck has teamed up with Fugo Desserts to host an exclusive pop-up where Toronto foodies and dessert enthusiasts can get their hands on… wait for it… cheesecake on a stick.

What: The ever so popular Alt-J will be performing to two sold-out crowds at Massey Hall this fall following the release of their third album, Relaxer.

What: Steam Whistle is back with Screamwhiste, their annual Halloween bash for two nights this October.Come in costume and dance the night away with DJs Skratch Bastid and Fields McQueen.

What: Founded in 2000, Art Toronto is Canada’s international contemporary and modern art fair. Visitors can enjoy artwork on display from leading Canadian and international galleries in addition to engaging lecture series and panel discussions from prominent art figures, curated projects, and top-tier cultural offerings throughout the city.

When: October 27 to 30
Where: Metro Toronto Convention Centre, 222 Bremner Blvd

What: Toronto Baker Bertrand Alépée temps up with Chef Matthew DeMille for this communal harvest feast. On the menu, fondue, salmon tartare, duck roulade, and more.

When: October 28
Where: The Tempered Room, 1374 Queen Street West

What: Get into the Halloween spirit by participating in the 4th annual Halloween Walk & Fundraiser in support of first responders. This free day of fun will feature entertainment, refreshments, and excitement.

When: October 28
Where: The Armoury, 70 Birmingham Street

What: This Halloween, get ready for an unforgettable night at the 5th Annual Carnivale, hosted inside one of Toronto’s most iconic event spaces. The Great Hall will be turned into a living, breathing, haunted experience with creepy decor, live performances including freaky sideshow acts, fire artists, contortionists, top DJ talent and more you need to see to believe.

What: This Halloween weekend, you’re invited to Monster Mash, the one-night-only hip-hop party in the city. The venue will offer guests two unique sounding rooms, each with a lineup that caters to your inner hip hop junkie. French Montana and Toronto native Bakka Not Nice are amongst the long list of performers.

What: Canada‘s largest, most prestigious ballet is returning to Toronto and will bring the world’s most accomplished dancers to perform a collection of 15 ballet masterpieces – 13 of which have never been performed in Canada, including the world premiere of one original work.

When: October 28, 7 pm
Where: Sony Centre for the Performing Arts, 1 Front Street East

What: Canada’s Baking and Sweets Show will take guests on a gourmet grand tour of the most delectable and hottest trends in the world of baking. With a lineup of North America’s best bakers and champion pastry chefs, this will be one sweet weekend that you won’t want to miss.

What: If you’re looking to get into the spirit of Halloween, put on your spookiest costume and check out this creepy carnival that’s fun for all ages. Dress to impress as there will be a costume contest, as well as live music, carnival games, a scavenger hunt, a haunted maze, Halloween crafts and much more.

When: October 28
Where: Kew Gardens and Ivan Forrest Gardens