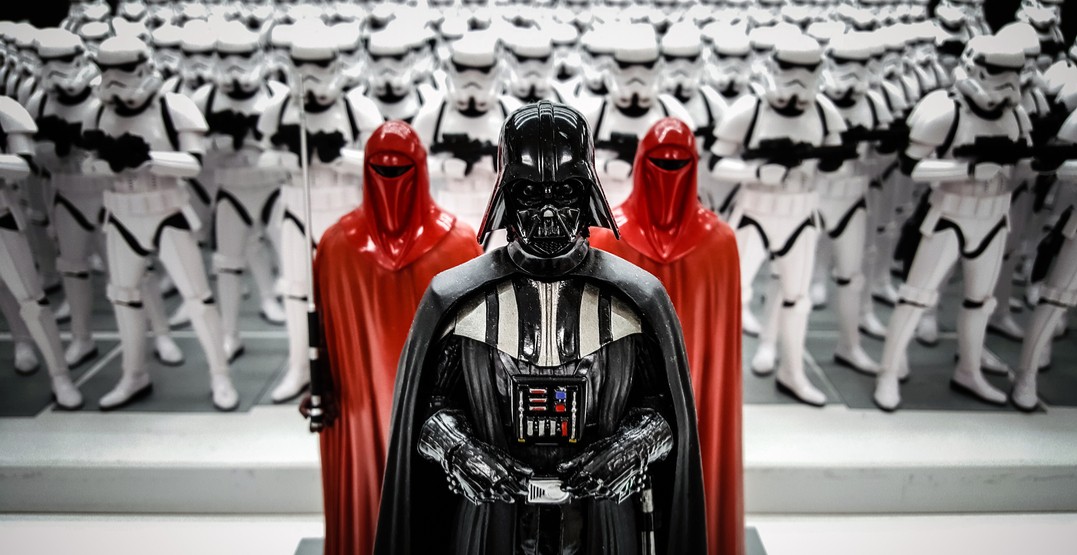 The force will definitely be strong this December.

Toronto’s Cineplex Scotiabank Theatre will be hosting a massive Star Wars movie marathon to celebrate the release of The Last Jedi, which is said to shatter box office records when it hits theatres on December 15.

How massive are we talking? Star Wars fans can enjoy 18 hours worth of all eight Star Wars saga films from start to finish in one epic day.

The movie marathon takes place on December 13 and begins at 11:15 pm with Episode I: The Phantom Menace, continues on with Episode II: Attack of the Clones and so on, concluding with Episode VII: The Force Awakens and finally, the premiere of the new film.

Fans will also be treated to exclusive Star Wars content, collectible cards, a commemorative blanket and a special concession offer for those needing fuel to make it through the marathon.

If you plan to attend the marathon decked out in your best Darth Vader or Princess Leia costume, make sure it’s comfortable as 18 hours is a long time to be in costume.

When in doubt, you could always sport a pair of cool Star Wars socks like Prime Minister Justin Trudeau.