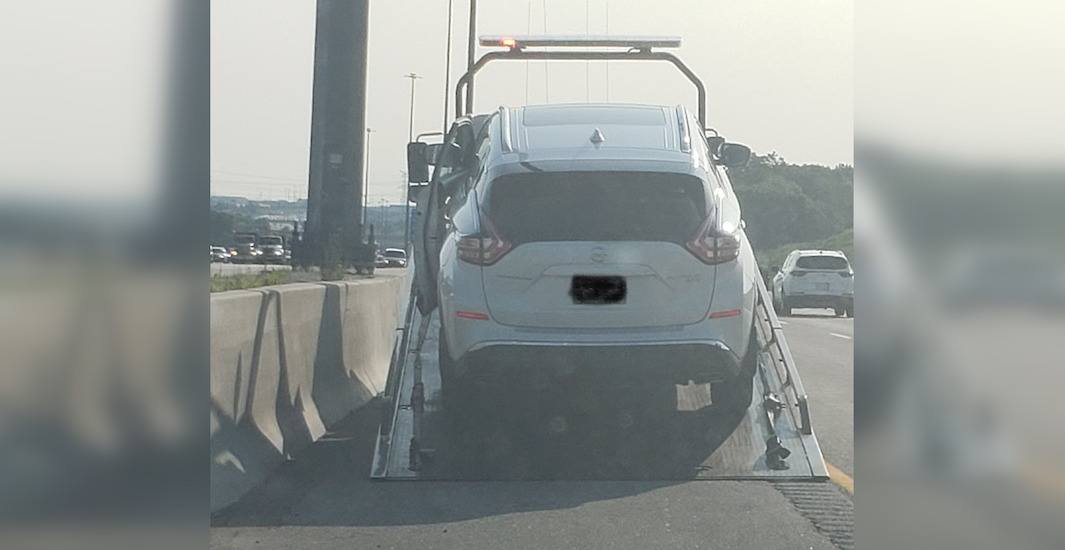 A woman from Etobicoke has been charged with stunt driving for the second time in just six months, according to provincial police.

According to OPP Sgt. Kerry Schmidt, on Wednesday, July 24 at 8 am, the 34-year-old woman was stopped for speeding on Highway 407 in the eastbound lane near Highway 27.

Schmidt said the woman was clocked going 156 km/h on the stretch of highway, where the limit is 100 km/h.

He added that she received a seven-day license suspension and her vehicle was impounded.

For the second time in 6 months a 34 year old woman from Etobicoke has been stopped and charged for stunt driving. This time it was for 156 km/hr on Hwy 407 eastbound at Hwy 27 at 8am this morning ^mdk #DidntLearnTheFirstTime #7DayLicenseSuspension #RoadSafety #VehicleImpound pic.twitter.com/7QBoaAHVUh