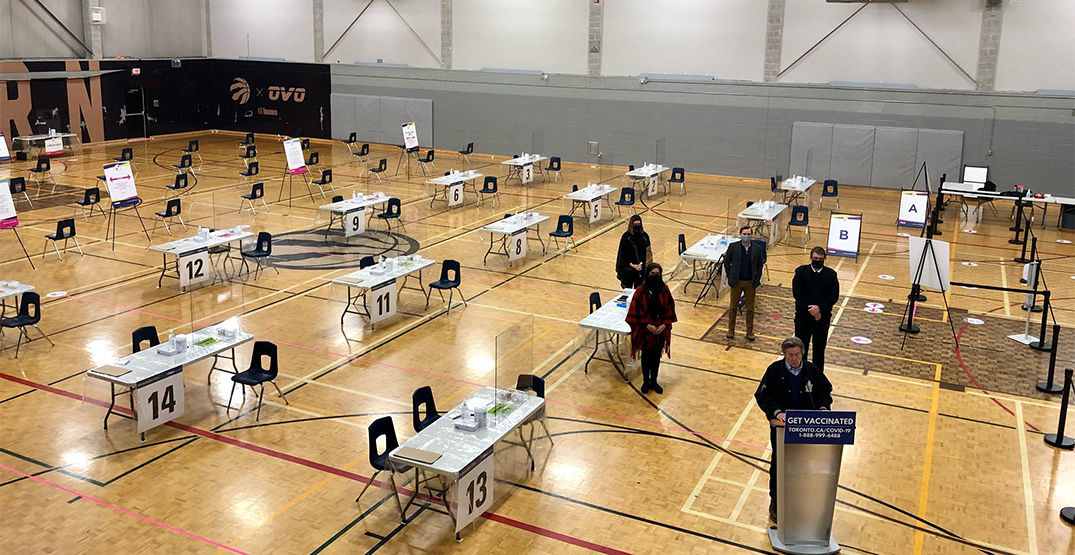 A small number of people mistakenly received their second dose of the COVID-19 vaccine at the City of Toronto’s mass vaccination clinics, ahead of the schedule set out by the province.

Ontario is following the National Advisory Council on Immunizations (NACI) recommendation to delay second doses for 16 weeks so that more people can have access to a first dose sooner.

“A very small number of people have erroneously attended City-run immunization clinics to get their second dose early – usually by mistake,” she told Daily Hive by email.

“City check-in staff are vigilant about confirming dosing status and validity of appointments. Anyone attending for their second dose at the wrong time is turned away and asked to book a valid appointment.”

Most people who book a COVID-19 vaccine appointment through the province’s booking system are assigned a first and second dose appointment at the same time, Burke added.

People who get vaccinated at City-run clinics also confirm both appointment times before attending their first dose.

Daily Hive has reached out to University Health Network about the issue. The group of research hospitals hasn’t replied, but UHN’s vaccine registry asks people not to show up seeking an early second dose.

“This registry is only for individuals requiring their first vaccine dose. The interval between first and second doses is set by MOH [Ministry of Health] guidelines, and cannot be adjusted,” the website says. “Do NOT use this registry to sign up for a second dose – if you arrive at a clinic attempting to receive an unauthorized second dose, you will be turned away.”

Pfizer and Moderna both recommend administering doses of their vaccines within one month of eachother, but NACI made its decision after reviewing literature that suggested waiting longer would be fine.

Torontonians age 60 and up are now eligible to book a shot at the City’s immunization clinics. That age is lowered to 50 and up for people living in select hotspot postal codes.