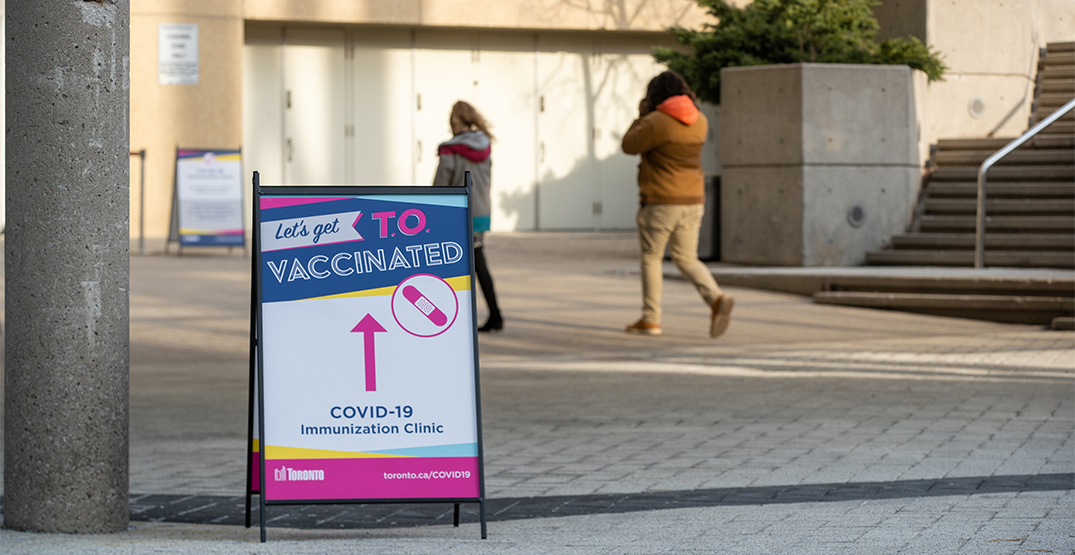 On Friday, Toronto opened COVID-19 vaccine appointment eligibility to people age 50 and up living in certain postal codes identified as being hotspots for virus transmission.

Starting at 8 am on April 9, people living in 53 high-priority postal codes born in 1971 or earlier could access an appointment via Ontario’s booking website.

“We’ve expanded our City’s vaccine rollout to reach residents that need it most in hotspot neighbourhoods,” Mayor John Tory said in a tweet.

We’ve expanded our City’s vaccine rollout to reach residents that need it most in hot spot neighbourhoods.

Residents age 50 and older can now book appointments in our City-run clinics in the following postal codes.

These are the postal codes considered hotspots in Toronto:

Mobile pop-up vaccination clinics will also be visiting the hotspot postal codes, and those clinics will vaccinate anyone living there who is 18 or older.

But to book an appointment at a permanent City-run clinic, hotspot residents need to be 50 or older right now.

Eligibility has also opened to all Toronto residents age 60 and up no matter what neighbourhood they live in. Appointments can be booked on the City of Toronto’s website.