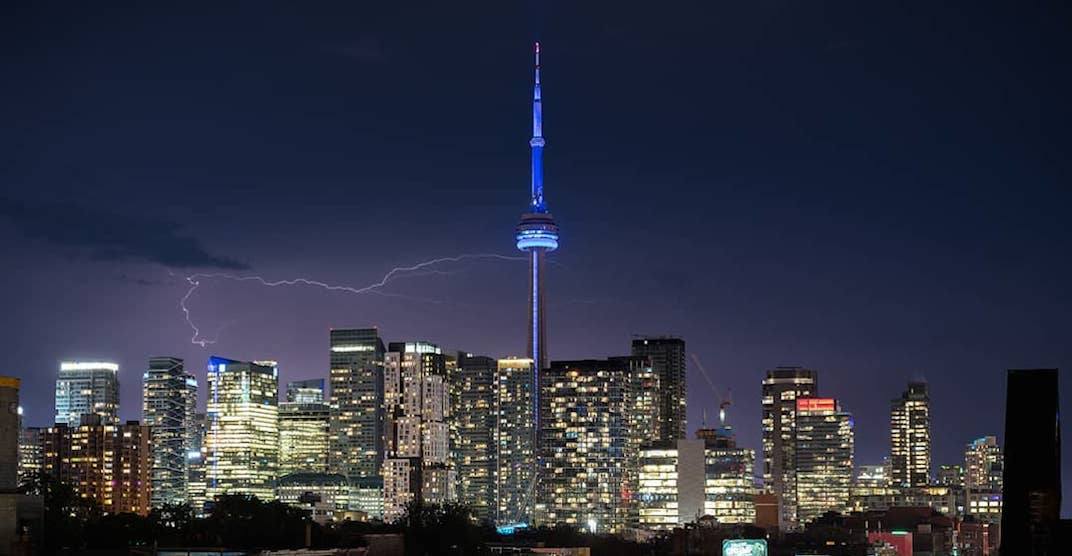 It’s been warm today in Toronto, so warm that Environment Canada has issued a special weather statement for the city because ‘isolated thunderstorms’ are possible this afternoon and into this evening.

It’s expected to rain throughout the day as well.

According to the weather agency, “several rounds of showers will move through the area this afternoon and this evening bringing general rainfall amounts of 10 mm. However embedded isolated thunderstorms may boost local rainfall totals into the 15 to 25 mm range by late this evening.”

As well, they warn that with snow frozen on the ground, the local rainfall amounts may also cause significant snowmelt or runoff leading to localized ponding on streets and other low lying areas.

Earlier today, the Toronto and Region Conservation Authority issued a ‘Flood Outlook’ ahead of the rainfall.

The flood watch was implemented on Wednesday, March 13, and remains in effect through, Saturday, March 16.

Showers are forecasted for Friday as well, before turning to flurries on Saturday, accompanied by a temperature drop. 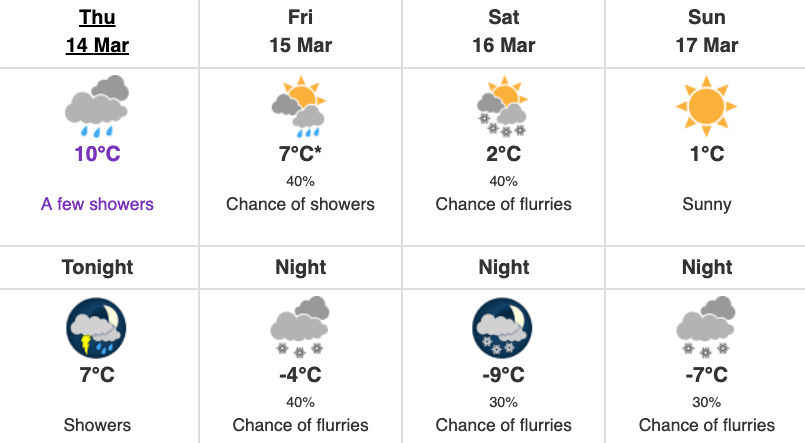 But hey, at least it’s sunny on Sunday.