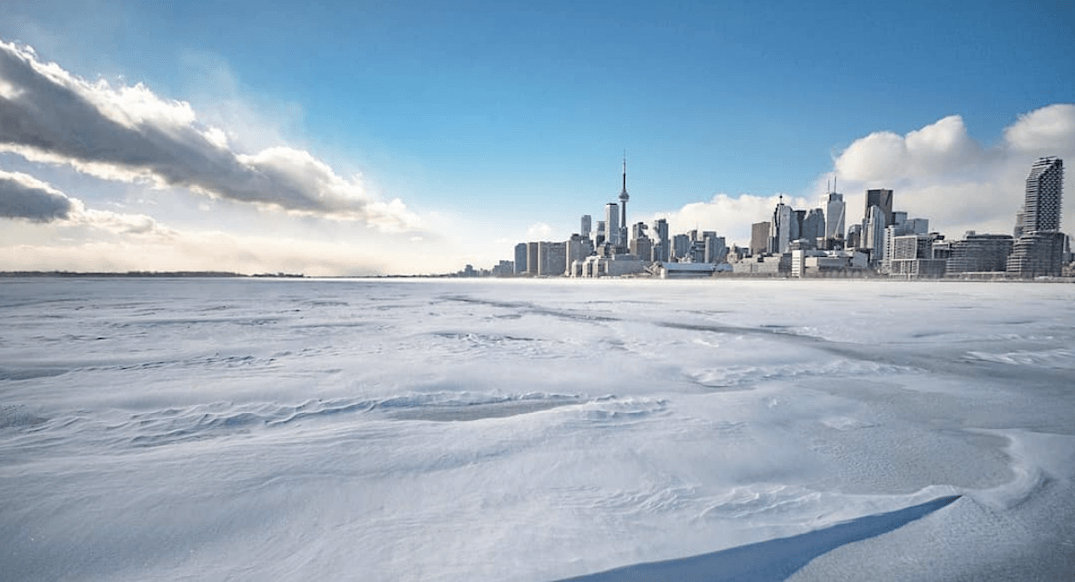 Another day, another cold weather warning for Toronto.

While Toronto remains under the City’s Extreme Cold Weather Alert, Environment Canada has also issued an Extreme Cold Warning for the region.

“A prolonged period of very cold wind chills is expected,” states the warning. “A frigid arctic air mass and strong winds will result in wind chill values near minus 30 today through Friday morning.”

Additionally, Environment Canada says that “bitterly cold arctic air” moved into Southern Ontario overnight, with overnight low temperatures near minus 20 degrees Celsius combined with strong southwest winds have resulted in wind chill values in the range of minus 30 to minus 35.

The good news is, conditions should improve Friday as milder air moves into the region.

For now, you’ll need to cover up.

“Frostbite can develop within minutes on exposed skin, especially with wind chill,” states the weather agency. 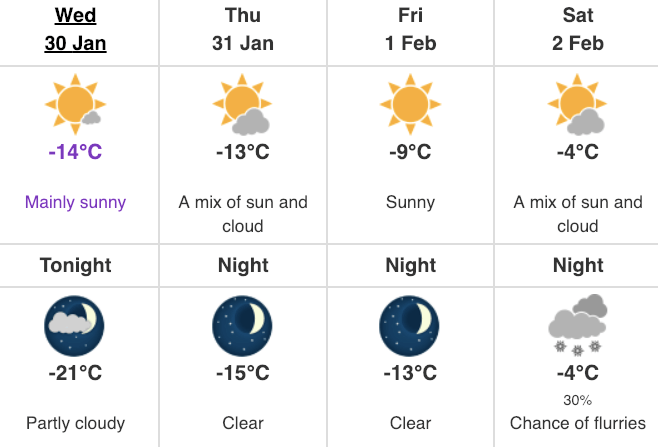 Earlier this week,  The Weather Network said that 2019 “might rival 2014” in terms of the cold, and “perhaps even colder.

It said that Toronto’s temperature dropped below -19°C for the first time in nine years then, with a temperature of -22°C. As the Arctic air continued to spread, Ontario saw widespread temperatures in the -30s and -40s range.

And this week in Ontario, a piece of the Polar Vortex moved further south into the Great Lakes region on Monday.

While later this week, a second shot of Arctic air will dive into the region as forecasted by the Weather Network, and dangerous wind chills in the -30s and -40s are expected for much of the week. Toronto is forecasted to feel like -29°C on Wednesday and -27°C on Thursday.

Bundle right up, Toronto. At least there’s no snow.