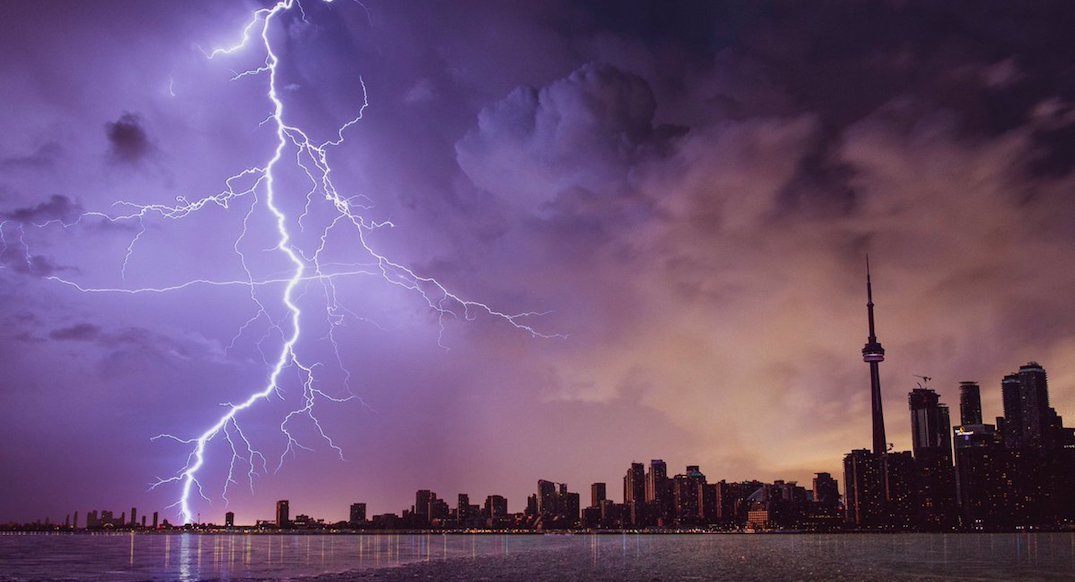 According to Environment Canada, at 5:12 pm meteorologists at the agency are are tracking a severe thunderstorm capable of producing very strong wind gusts and heavy rain.

“A cluster of heavy thunderstorms will move through Toronto early this evening producing torrential downpours,” reads the warning. “Rainfall amounts of 30 to 50 mm may be possible in a short period of time.”

Earlier today, the Toronto and Region Conservation Authority (TRCA) issued a flood outlook that is in effect until August 22.

According to the TRCA, Environment Canada is forecasting 30 to 50 mm of rain for Toronto and the surrounding area on Tuesday. The rain is expected to begin early Tuesday morning and persist until around midnight.

“The rain is expected to be widespread across our watersheds, with a risk of thunderstorms from late morning to early evening that could lead to higher localized rainfall totals,” says the TRCA.