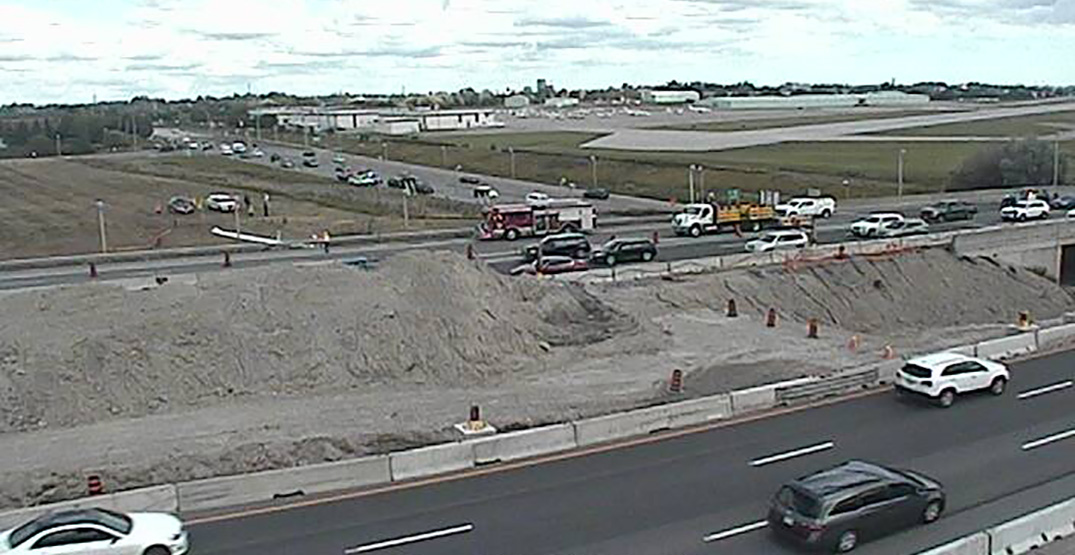 Emergency crews in the area the plane landed. (Ministry of Transportation)

A plane was forced to land near an Ontario highway after engine trouble pulled it out of the sky.

According to the York Regional Police, an aircraft made an “unscheduled landing” on Sunday in Markham, near the Buttonville Municipal Airport. A civilian authority is investigating the emergency landing and police were on scene to provide aid.

The plane landed in a green space north of 16 Avenue after suffering what is currently believed to be a “technical issue or engine failure,” YRP told Daily Hive. Adding that the civilian investigators would ultimately determine the cause down the line.

No one was injured as a result, but passengers were taken to hospital out of an abundance of caution.

AIR Craft unscheduled landing on the east side of HWY 404 at 16th Ave – just north of Buttonville Airport.
No injuries – parties are out of the plane.
Expect delays with all the people staring at it.
LD

On Twitter, police warned motorists driving near the aircraft to “expect delays with all the people staring at it.”