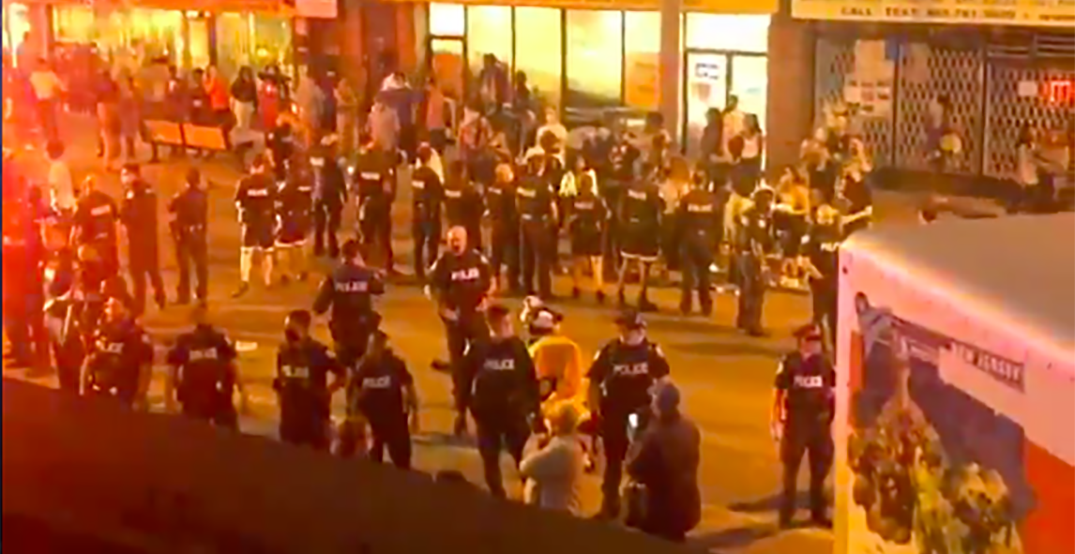 Four police officers are in the hospital after an altercation broke out during demonstrations held in Toronto last night.

According to the Toronto Police Service, demonstrators were marching on Eglinton and Keele to Oakwood on Saturday evening.

At 7:55, “unrelated” to a demonstration being held in the same area, a person reportedly jumped on a car at Eglinton and Oakwood. When officers intervened, a second person jumped in and allegedly began fighting with officers.

The TPS wrote a “hostile crowd” surrounded its officers, on Twitter, adding that there were two arrests and assistance had been called in from other police units in the city.

A video taken of the incident shows a large crowd of police forming a perimeter around a section of the road.

No charges have been announced at this time.