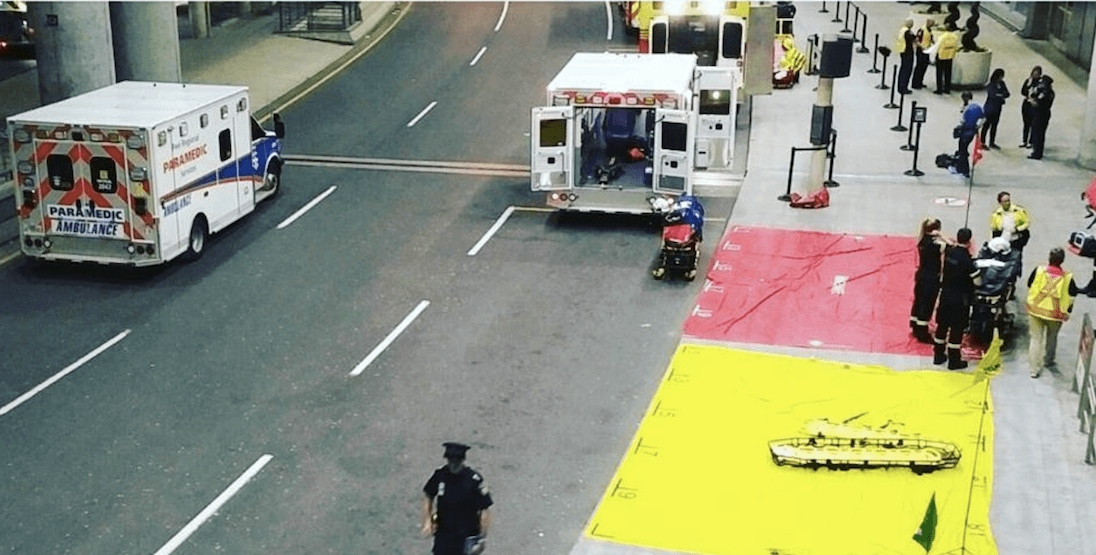 Over 300 people volunteered to take part in a massive mock emergency exercise at Toronto’s Pearson Airport on Saturday.

According to the Greater Toronto Airports Authority (GTAA), the drill took place at the airport between 2 and 4 am in several locations including Terminal 1.

Throughout the exercise, alarms were heard and theatrical smoke was visible.

The GTAA runs one full scale and one tabletop exercise per year to test protocols, procedures, communications and planning for emergency and/or security related incidents, according to a press release.

With more than 44 million passengers flying through Pearson in 2016, the airport is Canada’s largest and second busiest international airport in North America.

Check out more photos and videos below.

[EMERGENCY EXERCISE ONLY] And now, we’re safely (?) evacuated outside. Once in a lifetime opportunity to chill on the apron. #YYZemergEx pic.twitter.com/VWM8sBnN4p

THIS IS AN EXERCISE @TorontoPearson #YYZEmergEx we’ve been evacuated on to Air Side! pic.twitter.com/wH3UhPgkvo

THIS IS JUST AN EXERCISE. We have all made back into the terminal safely…and having coffee! #yyzemergex pic.twitter.com/mnW2ThCH8w

#YYZEmergEx is now complete. Thank you to all volunteers, employees and responders for their participation! pic.twitter.com/ddCtTUXZ3s