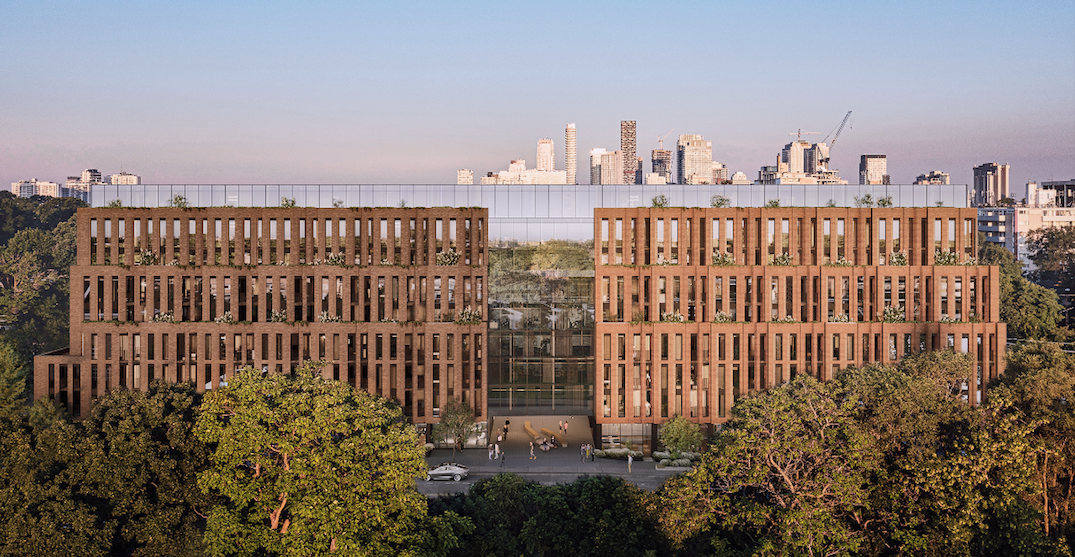 A developer is hoping to take advantage of the soon-to-be-open Eglinton Crosstown LRT with plans to put up a stunning mixed-use development near a new station.

The planned site of the development at 1710-736 Bayview Avenue is currently home to several two-storey homes that would need to be demolished before the project can go ahead. 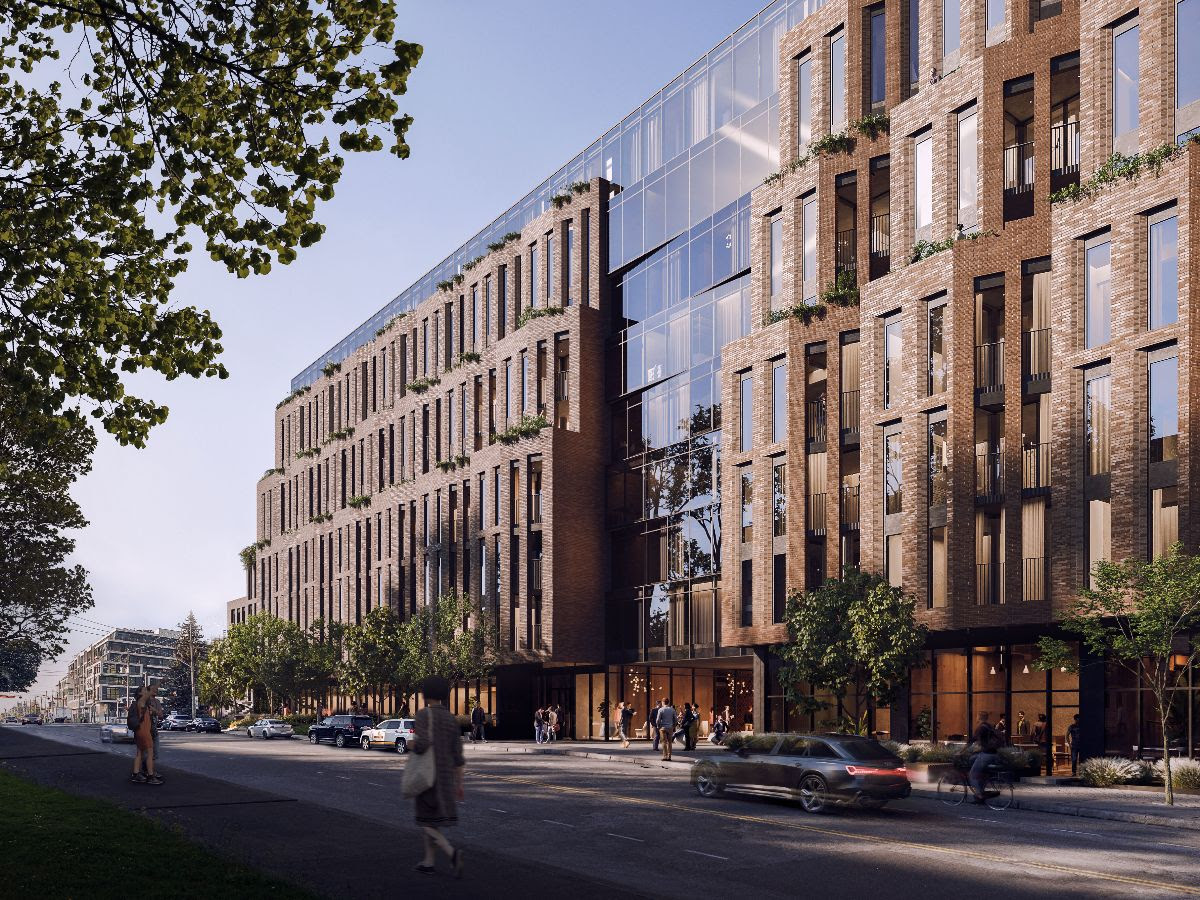 The building is being proposed by Garlioch Developments in partnership with Harlo Capital who are hoping to create a small community feel within the development.

The project has the appearance of two separate brick-covered buildings connected by a glass-covered common area called the Nest. Within the Nest will be open space on each floor that the developer hopes will act as a “community hub where people can congregate with their neighbours.”

“I believe that this project embraces the exciting changes that are coming to this node of the city with a building design that will hopefully stand the test of time,” said Bill Gairdner, founder and president of Gairloch Developments. 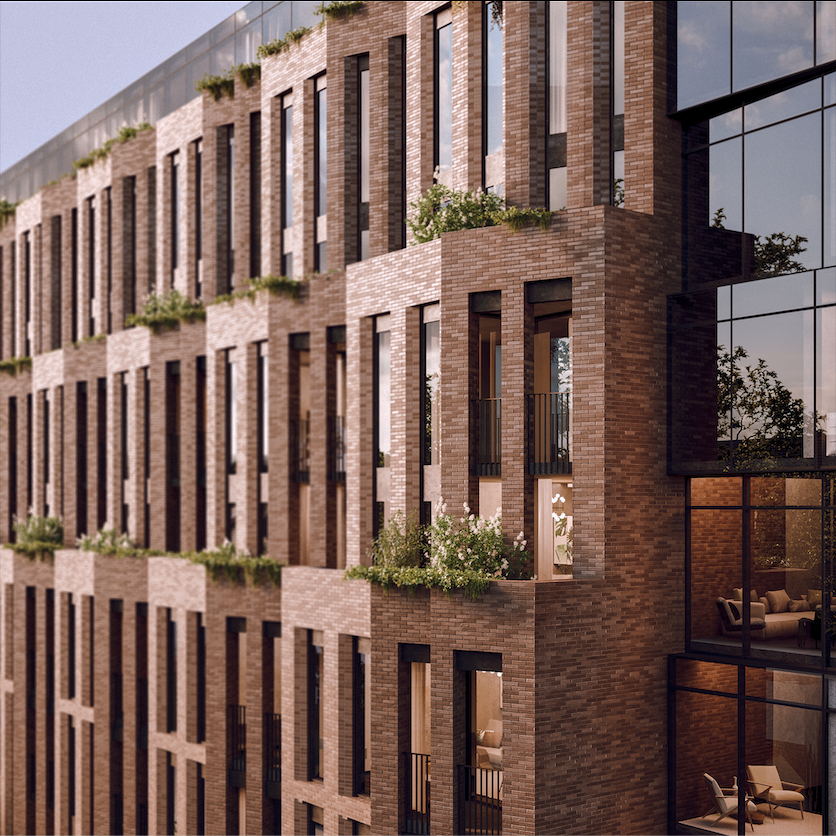 The building’s residents will have access to a number of other high-end amenities, including a party room, outdoor BBQs, a dining area, and a gym.

The condo units themselves, designed by Sixteen Degree Studio, are expected to be shallow yet wide to allow more natural light in. They’ll also have custom-designed Italian kitchen, plenty of storage, and oak flooring.

“We tried to put ourselves in the many different shoes of the purchasers of Leaside Common, pulling from our client experience and single-family home designs,” said Stephanie Vermeulen, co-founder and principal at Sixteen Degree Studio.  “Our goal was to ensure a design aesthetic that will feel current for many years to come.”

The developers submitted updates plans to the City earlier this year and are currently awaiting final approval from City Council before they can go ahead with construction.