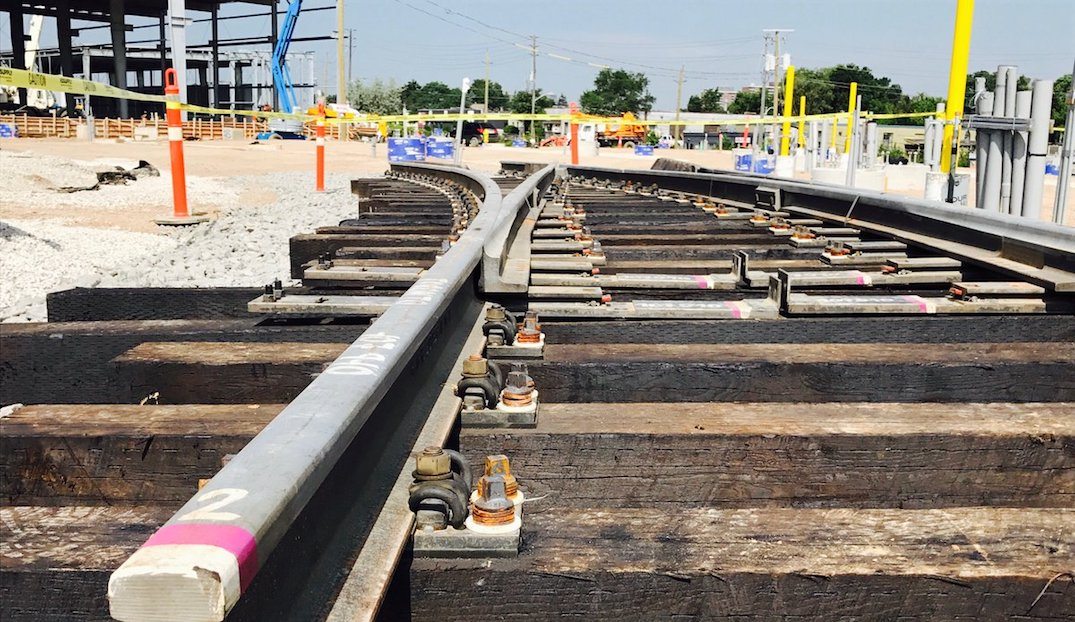 The province is a step closer to the installation of the new Eglinton Crosstown Light Rail Transit (LRT).

The first piece of track for the LRT is now installed at the 19-kilometer track, which is set to open in 2021.

“The installation of the first piece of track is a significant milestone for the Eglinton Crosstown LRT project,” said Steven Del Duca, Minister of Transportation, in a statement. “It is exciting to see how far we’ve come since work began in 2011. This investment will provide fast, efficient, and reliable transit for residents, commuters and visitors in Toronto.”

The turnout track installed today will be part of 8.5km of track system that will move LRVs through the MSF facility. #CrosstownLRT [2/2] pic.twitter.com/ZPjaKEjFZT

The Eglinton Crosstown LRT will connect Mount Dennis Station in the west with Kennedy Station in the east, and includes a 10-kilometre underground portion between Keele Street and Laird Drive, and 25 stations and stops that will link to bus routes, three subway stations, three GO Transit lines, and the Union Pearson Express.

When fully operational, the province estimates that the LRT will carry around 5,500 passengers per hour in the peak direction, speeding up commutes and helping people get where they need to go faster and with greater convenience.

“Impressive progress is being made on the Eglinton Crosstown LRT project every day,” —said John Jensen, President & CEO, Metrolinx. “Once complete in 2021, the Crosstown line will transform the transit system in Toronto and create needed connections to the GTHA regional network.”