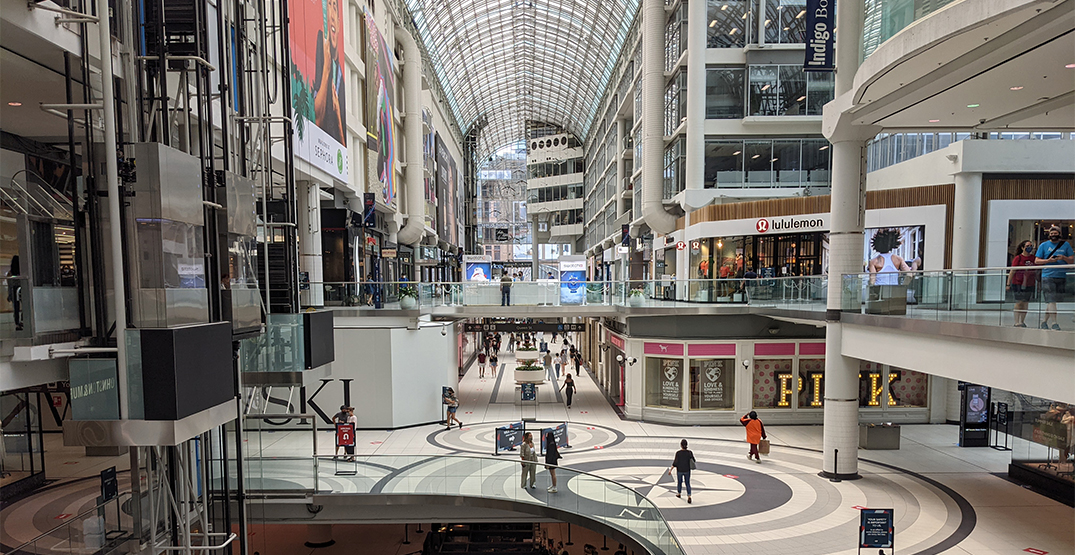 Torontonians returned to the Eaton Centre on Wednesday as Ontario entered Step 2 of its pandemic reopening plan.

It was the first day the mall was allowed to be open since mid-April when non-essential stores across the province were shut due to the third wave Stay-at-Home order.

Daily Hive visited the Eaton Centre just before noon and it was still relatively quiet — as it usually is on a weekday morning. But the downtown mall began to fill up after 12 pm, with shoppers forming physically distanced lines outside stores.

The busiest shops in the early afternoon were Apple, Uniqlo, Nike, Champs, and Bath and Body Works, but that could change as the day progresses. 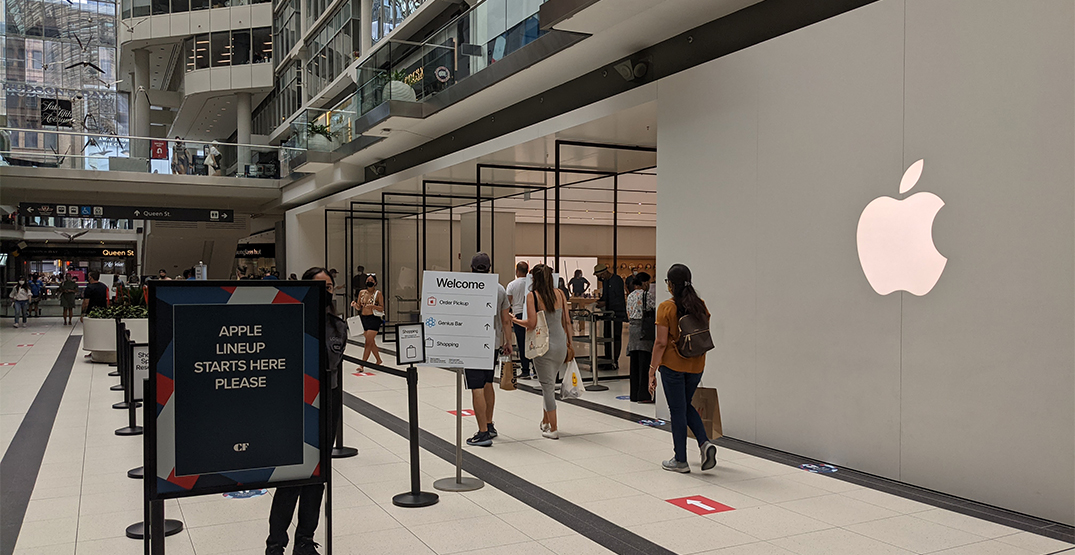 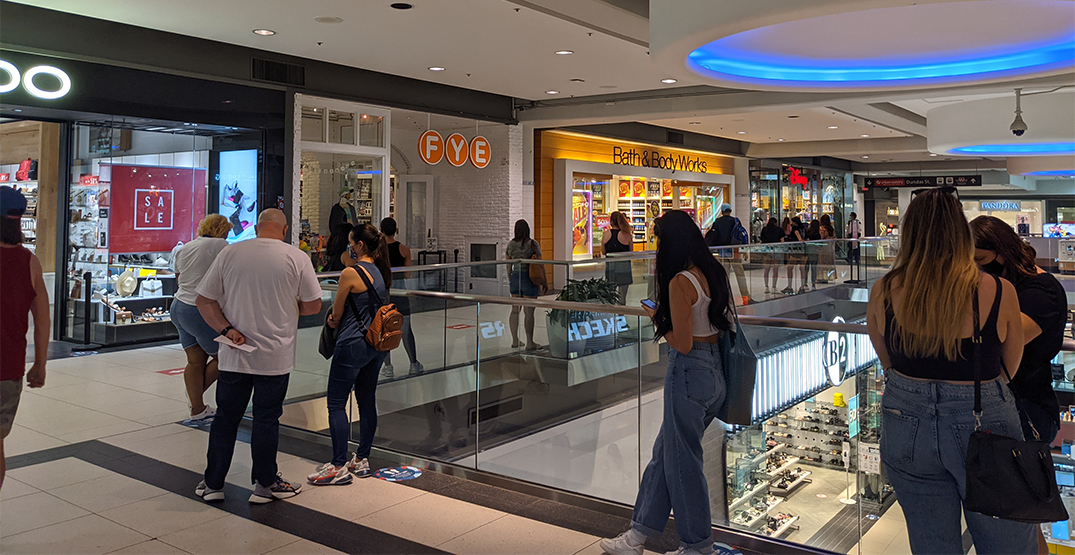 Under the Step 2 restrictions, non-essential retailers can only welcome a quarter of the usual number of customers. Shoppers must wait their turn outside once capacity is reached.

The mall has also closed amenities where people congregate, such as the basement fountain. It’s also installed one-way traffic signs and marked designated waiting areas for the elevators. 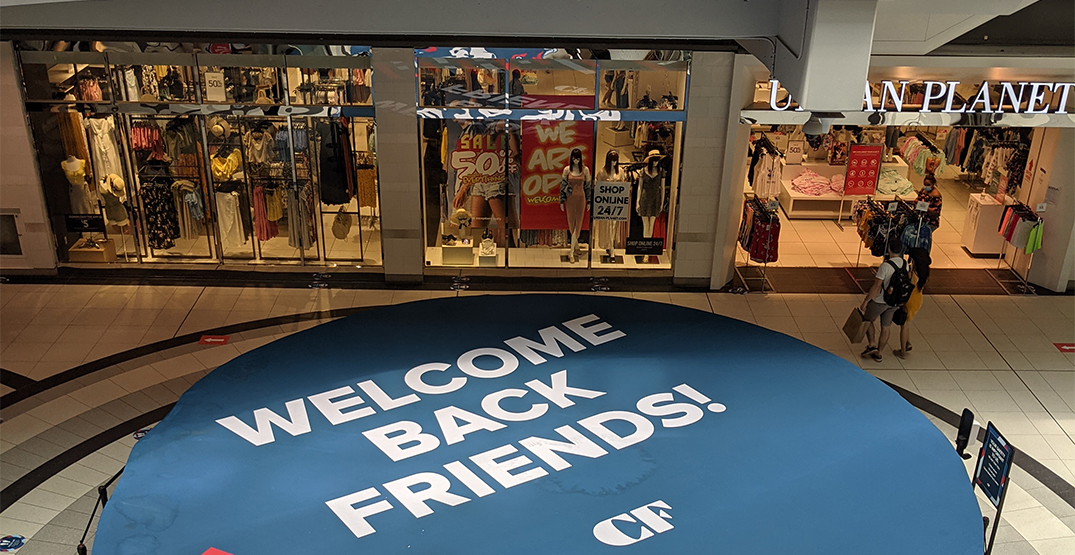 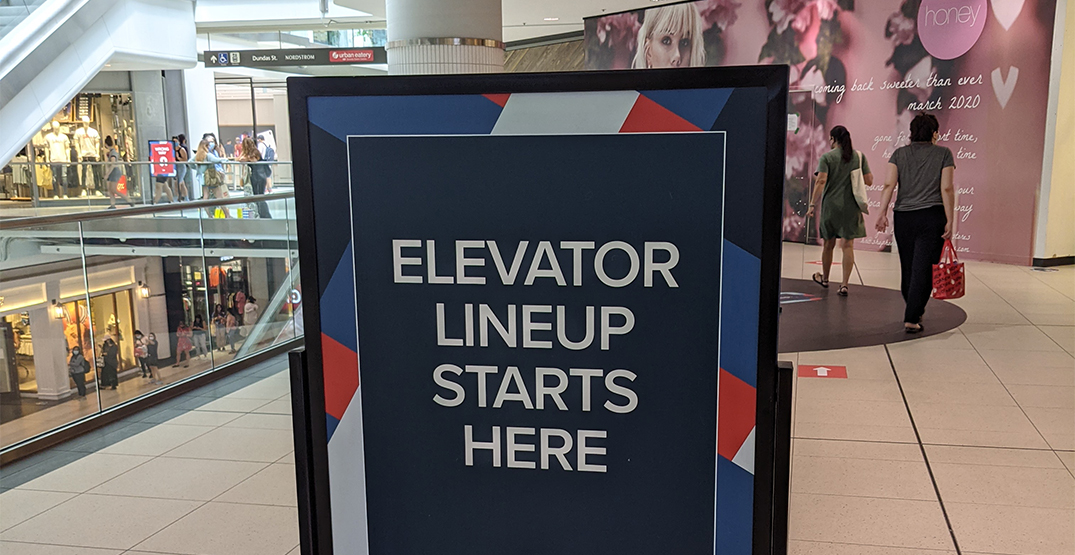 Many stores remain boarded up and haven’t reopened yet. Shoppers may want to check online to be sure the store they want to visit is open. 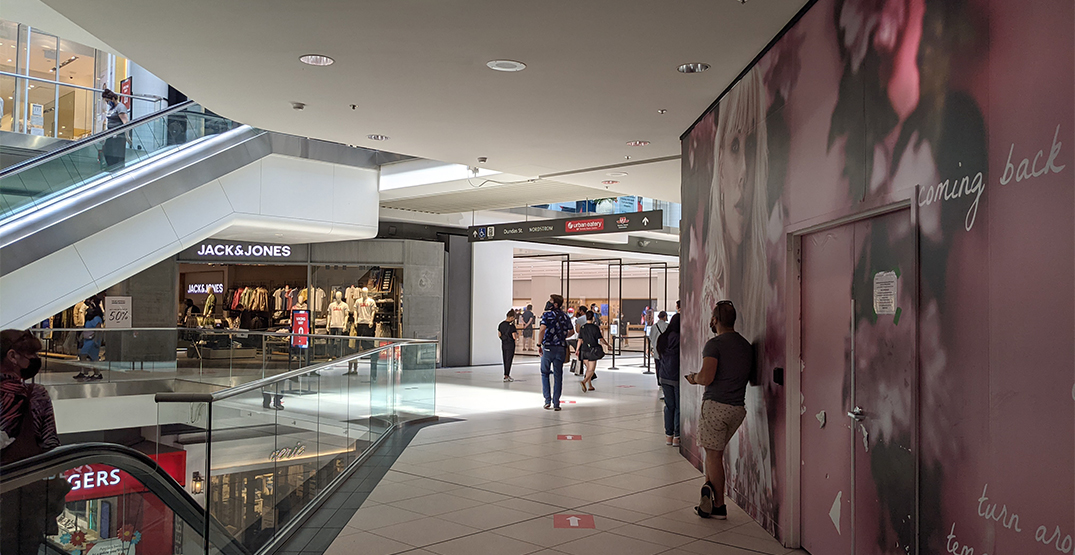 Several of the mall’s entrances remain shut to control the number of people inside, including the entrance from the Queen Street subway station. People travelling to the mall by subway can enter through Dundas Station instead.

Extra security officers were also patrolling the mall on Wednesday. 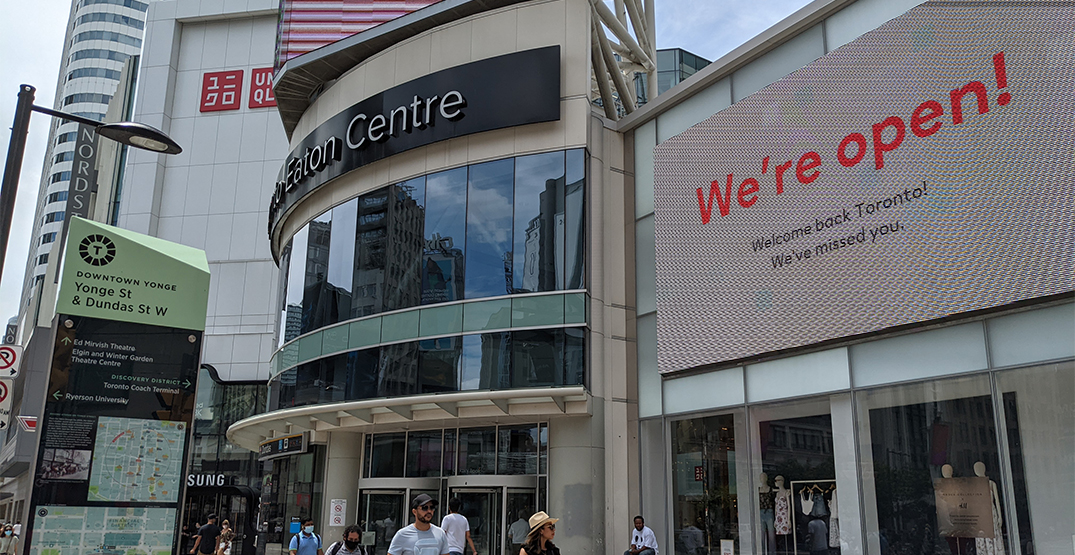 Although shopping is allowed in Step 2, dining indoors is still prohibited.

The Eaton Centre food court’s restaurants are open for takeout, but customers must bring their food outside to eat it.

Indoor dining is scheduled to be allowed again in Step 3, which Ontario could enter on July 20.