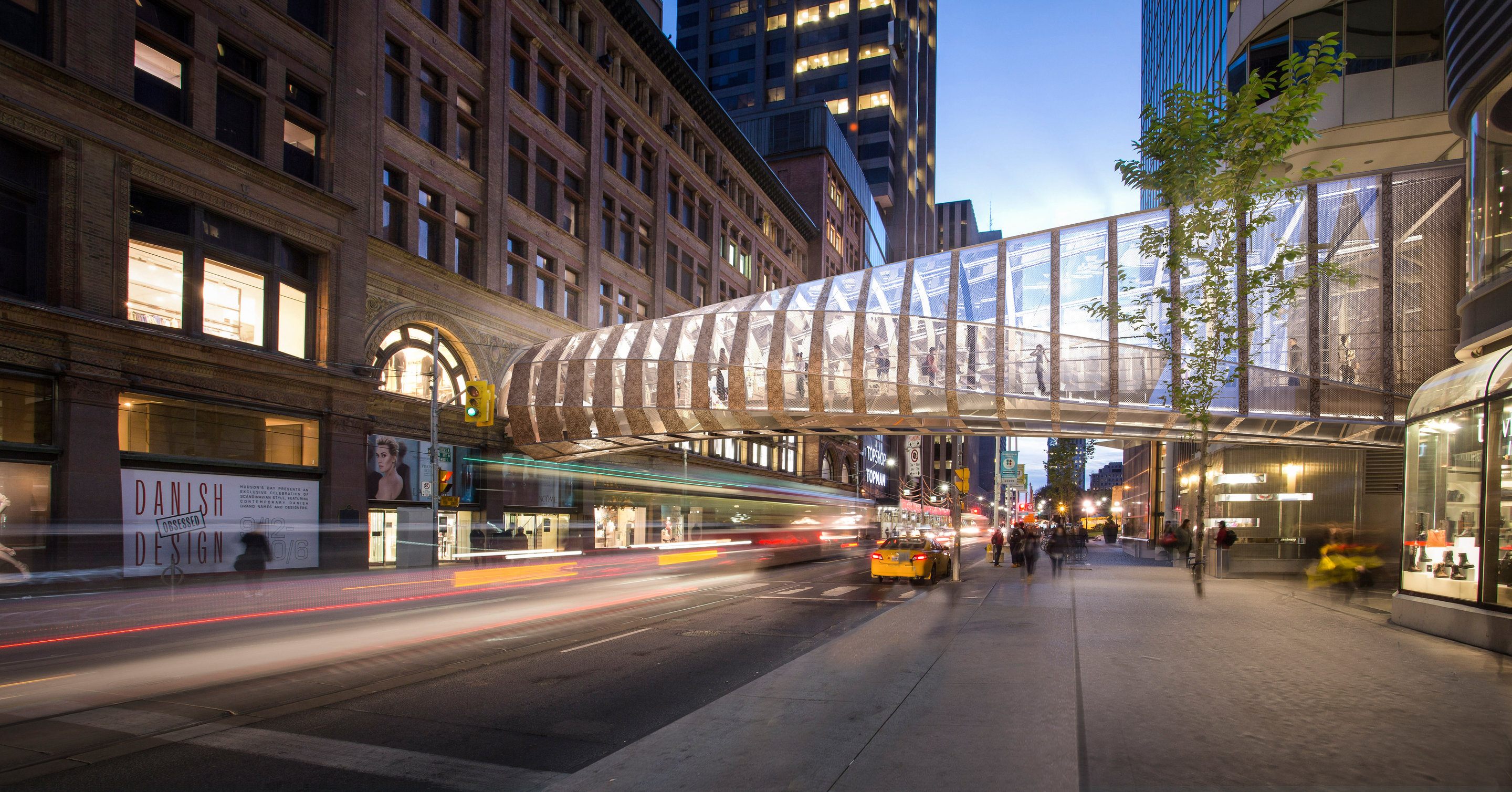 The opening date of the Eaton Centre’s new pedestrian bridge has officially been announced.

After months of revitalization and construction, Cadillac Fairview announced it will open the bridge on Thursday, November 2.

A media event will take place to celebrate the opening until approximately 10:15 am when the bridge will become open to the public.