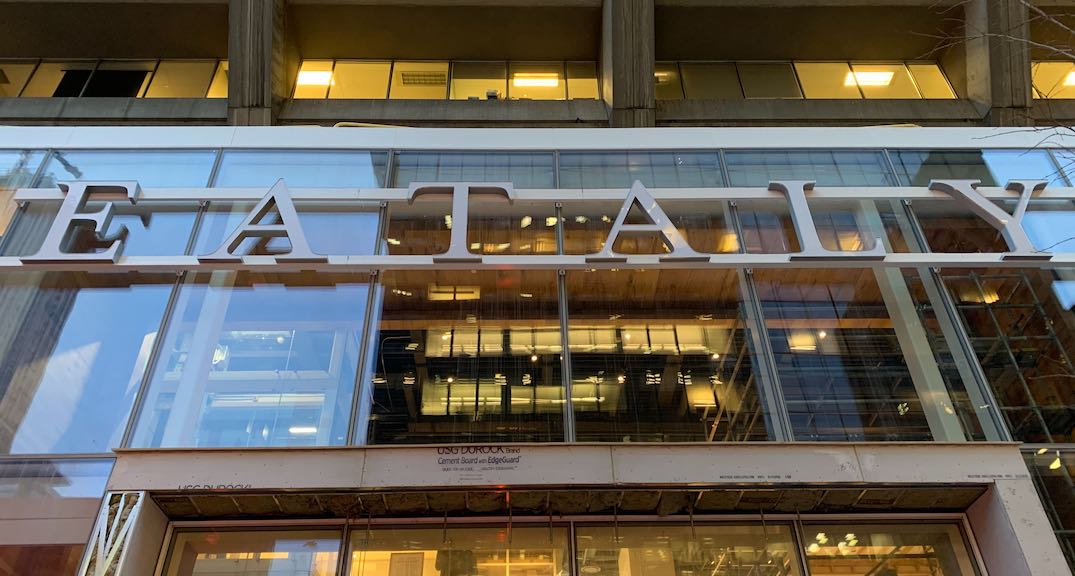 Eataly is gearing up to open the doors of its first Canadian location this week, which means you’d best start saving your appetite now.

Sprawling out over two floors and featuring the talents of more than 100 chefs, the long-awaited Italian marketplace is set to open in the Manulife Centre in Toronto, located near Bloor-Yonge, on November 13. 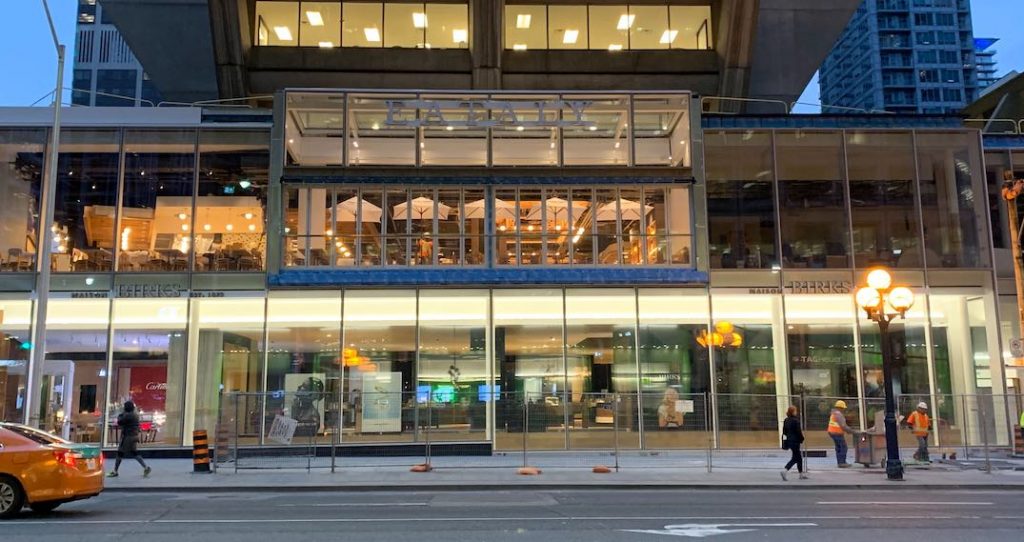 Each Eataly location contains a combination of restaurants, cafés, to-go eateries, fresh counters, a grocery market with more than 10,000 products, and a cooking school. Founded in Italy in 2007, and has since expanded to more than 35 locations around the globe.

The new Toronto marketplace marks the first of the brand’s locations in Canada, but there’s no need to think it’ll be the last.

While there are no confirmed plans at this time, the store and eatery is continually looking to expand. There’s already been discussions about the potential for more locations across the country, a spokesperson told Daily Hive. 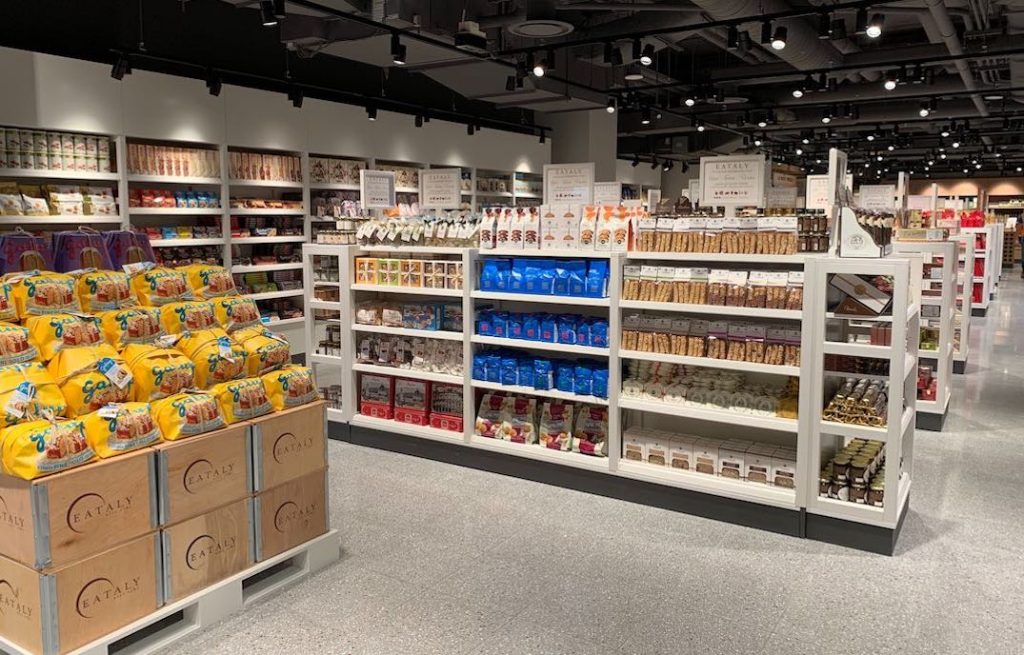 Shopping at Eataly, the pasta is priced as low as “a dollar, more or less,” and it goes up from there. According to Eataly’s team, the restaurant section of the space uses the highest quality selection available. 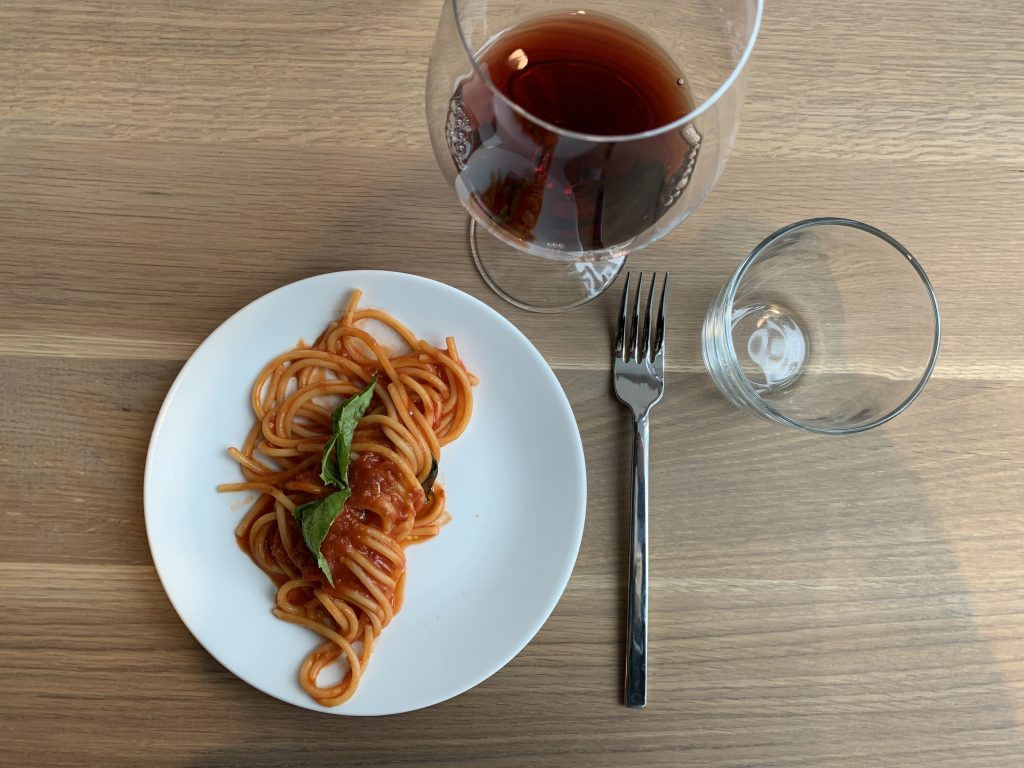 And in addition to packaged versions, visitors to the space will also be able to snag freshly-made pasta from one of the shop’s many counters 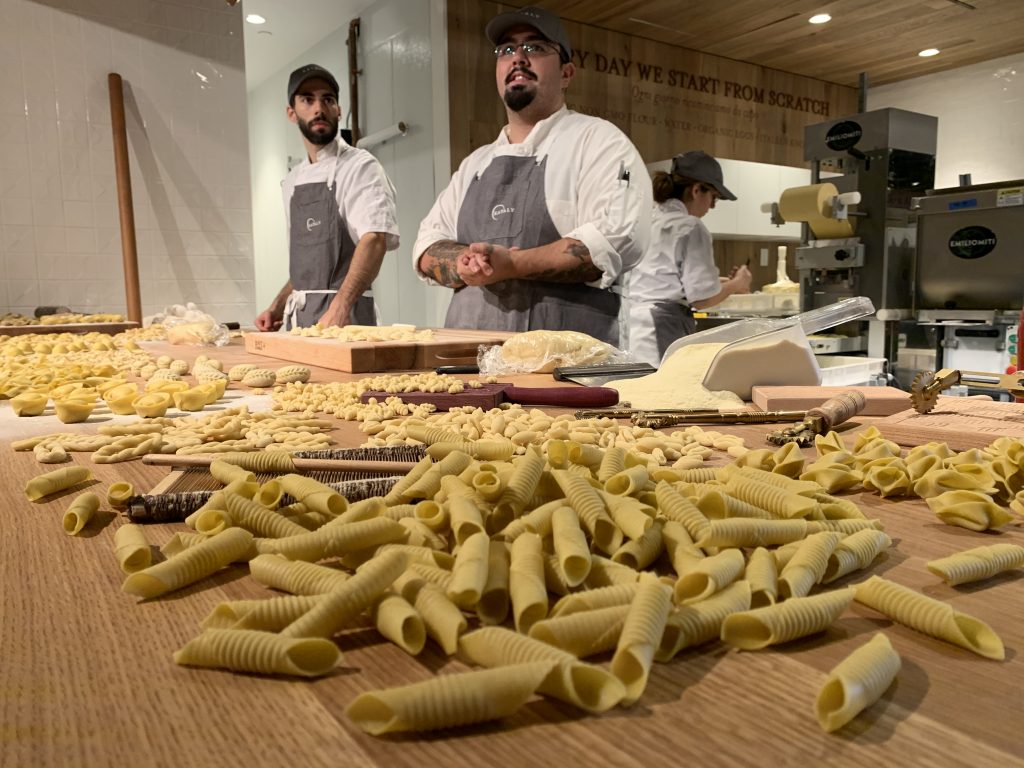 If you’re planning to make your pasta dish at home, there’s plenty of produce available for mixing into your creations — and the focus is on food that’s “good, clean, and fair.” 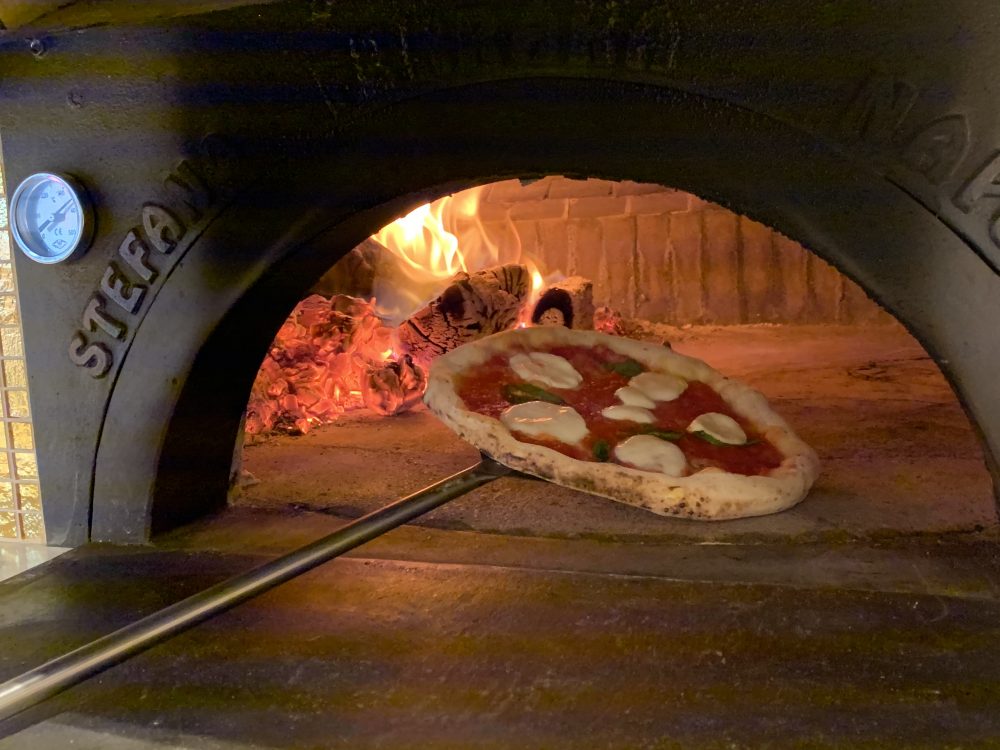 But if you prefer pizza, what’s on offer here, baked in a stone oven, might be your indulgence of choice. Trust us, that cheese stretches far.

On the topic of cheese, what do you know… a great majority of it is made in-house. Hand-stretched, fresh mozzarella isn’t something most get to enjoy on a regular basis. So when you stop by this space, make sure it’s on your list of must-eats. 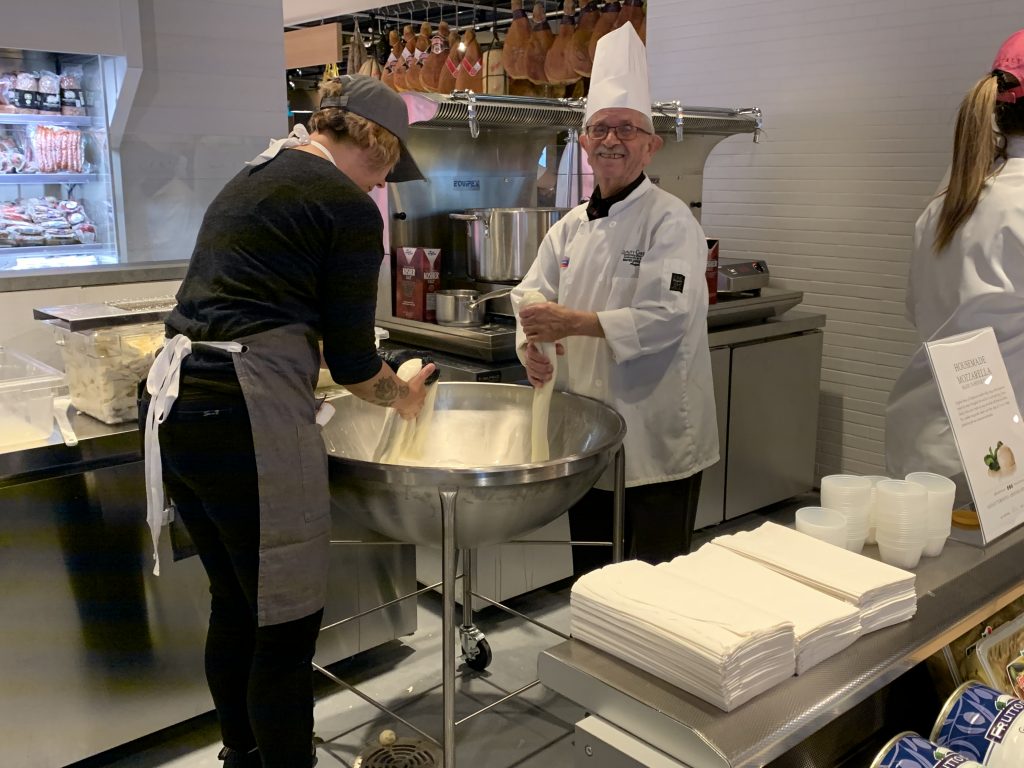 And once you’ve moved past the spaghetti, the stretchy mozza, the salumi, and the overall savoury, it’s time to think about the post-meal excitement. 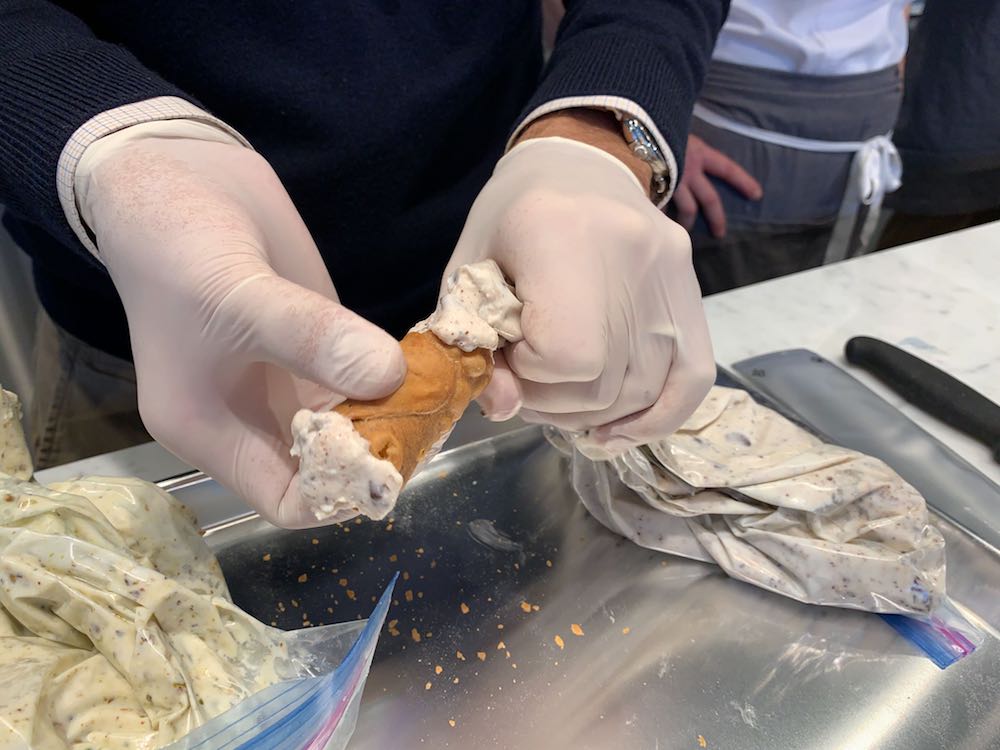 Crafted in the space are crunchy and creamy cannoli, fresh gelato made with local, sustainably farmed milk, and what is arguably the most delectable tiramisu you’ll ever taste. 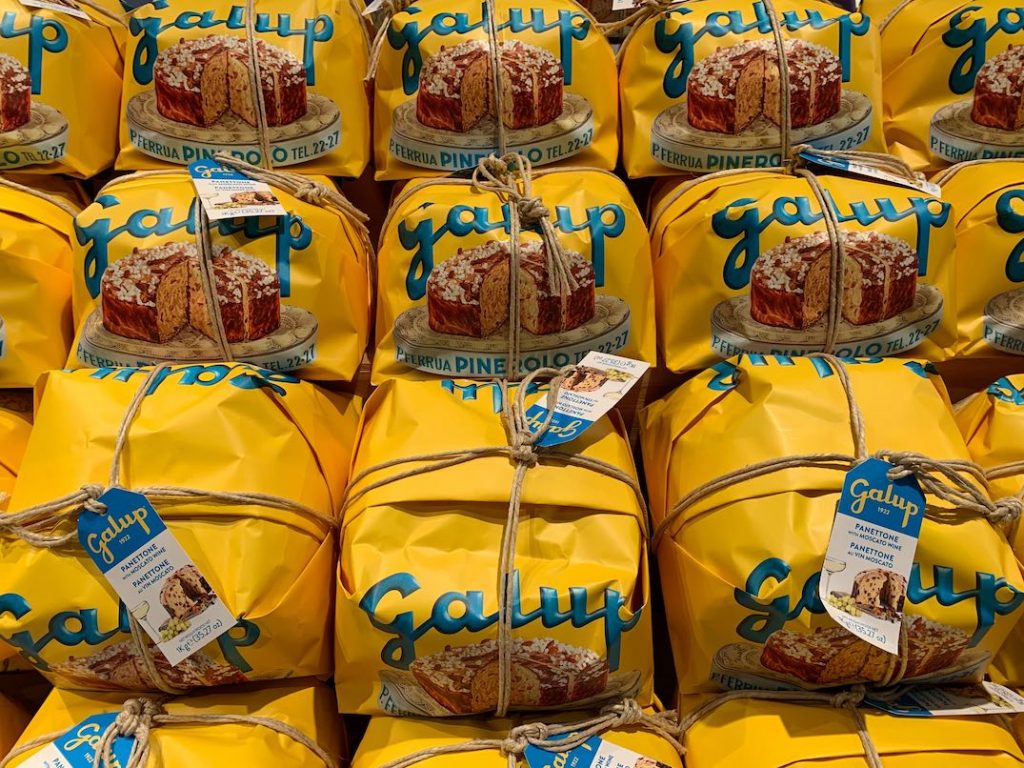 There are also huge varieties of tiny, transportable treats that you can take with you on-the-go.

And, of course, there’s plenty of panettone. 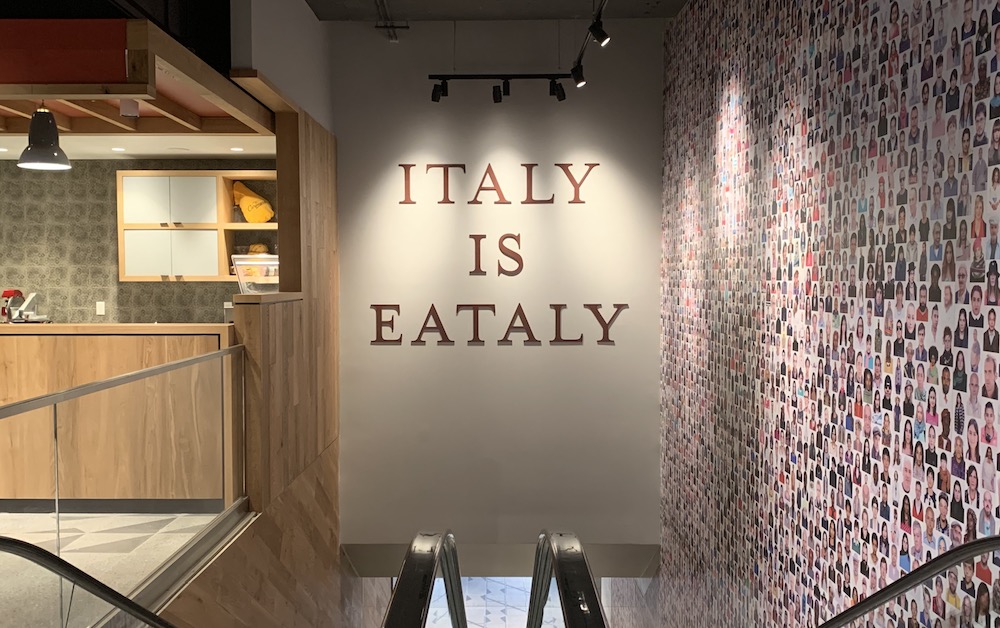 Eataly will officially open at 5 pm on November 13, after a pasta-cutting ceremony takes place in the afternoon.

So grab your Tupperware containers and ensure your tummy and tastebuds are both ready for some serious eats — this spot is not playing around.