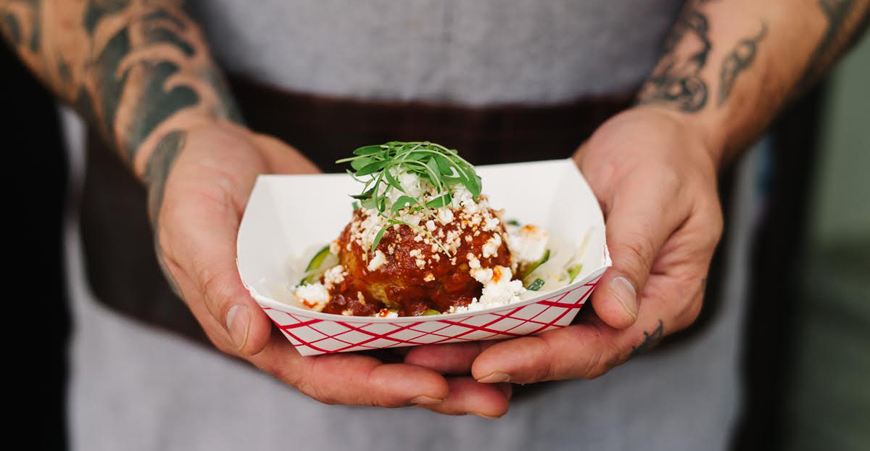 Toronto’s most delicious film festival, Eatable Film Festival bills itself as a feast for the senses and promises an immersive experience when it takes over the Royal Cinema on Saturday, October 22 until Tuesday, October 25.

Now in its sophomore year, the film fest has cast top Toronto chefs to cater movie snacks in homage of narrative themes explored in each film.

See what Eatable is screening and serving right here:

Coffee to be provided by Sam James Coffee Bar, meanwhile, Blackbird Baking Co. will satiate crowds with a classic ham and cheese sandwich and smokey chocolates by CXBO.

The 1996 film by Stanley Tucci and Campbell Scott follows brothers Primo and Secondi as they struggle to keep their Italian restaurant afloat in 1950s New Jersey.

Italian hot dogs with a gourmet twist and Negroni cocktails during the screening will be provided by chefs Rocco Agostino (Pizzeria Libretto) and James Santon (Enoteca Sociale). Moviegoers hungry for more can partake in a four-course menu featuring Timpano (the movie’s other star) at a Pizzeria Libretto (545 King Street West) following the film.

Join filmmaker Marijn Frank as she explores carnivorous cravings and tackles all sides of the meat eater’s dilemma in this 2015 documentary.

Simultaneous to the screening, chef Scott Vivian (Beast) serves up meatballs with fennel slaw and gin cocktails, followed by an exclusive Q&A with filmmaker and chef after the credits.

Portrait of a Garden

Take a tour of this centuries-old kitchen garden in the Netherlands and follow along as master-gardener Jan Freriks imparts a lifetime of patience on protege/owner Daan van der Have.

This screening opens with the Season 3 premiere of In the Weeds, featuring Chef John Horne (Canoe) who will also be on hand for the evening serving a “Compost Heap” dessert along with pear cocktails and Amsterdam Farmhouse Series beer. Q&A with filmmaker and chef will follow.