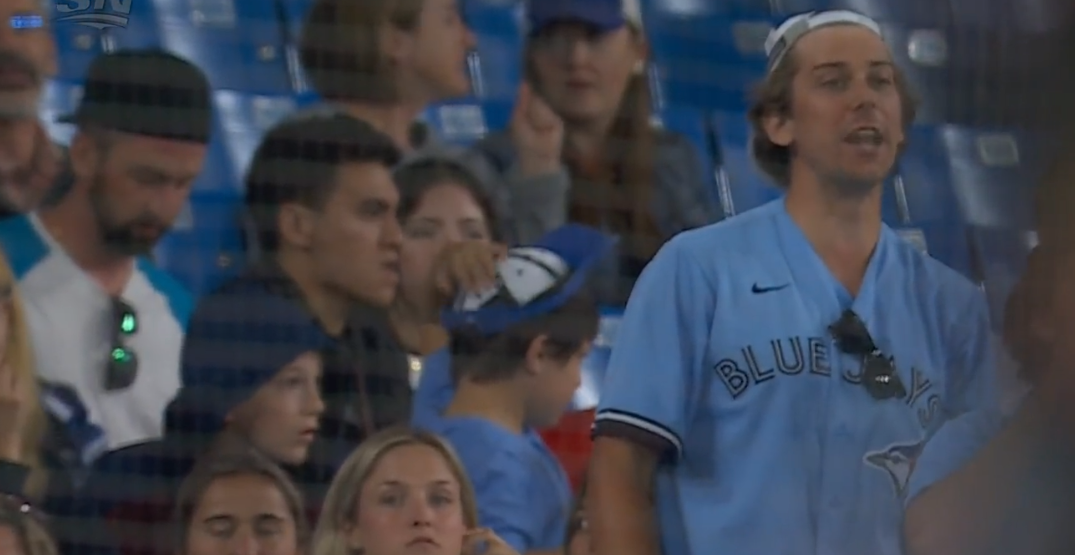 Earlier this week, Dylan Strome found himself in a position many 20-somethings find themselves at in Toronto in the middle of the summer: yelling obscenities at opposing players at a Toronto Blue Jays game.

Only, unlike most of the Rogers Centre crowd, Strome makes his living as a forward in the NHL, having spent the last four seasons with the Chicago Blackhawks after starting his career with the Arizona Coyotes.

And when Strome yelled what looked like an f-bomb at Red Sox pitcher Tyler Danish, Sportsnet’s cameras just happened to be zoomed in on the 25-year-old.

“I was fired up for sure,” Strome said in an interview with TSN 1050’s First Up. “I think to myself, ‘Oh God, like what did I say?’  We had a few beers and we were having a good time… we were definitely into the game.”

I'm 80% sure this is Dylan Strome yelling "Fuck you, Danish" after the reliever threw up-and-in to George Springer pic.twitter.com/aySyE7On9A

Strome said he was there at Tuesday’s contest with several of his friends, but happened to be the only one caught on camera.

“We were all fired, up. Maybe I was a little too into the game,” Strome joked.

But his chirping might’ve worked: down 5-4 at the time of his rant, the Blue Jays stormed back in the bottom of the ninth for a 6-5 win.

Strome is currently without a contract this summer as a restricted free agent, with NHL free agency set to open July 13. The Blackhawks have yet to extend Strome a qualifying offer.

“If things don’t work out in Chicago, we’ll start the ‘Bring Strome home’ campaign, and get you in the Blue and White,” TSN remarked.

Make of that what you will, but one thing is definitely clear: Dylan Strome has a passion for at least one of Toronto’s major franchises.