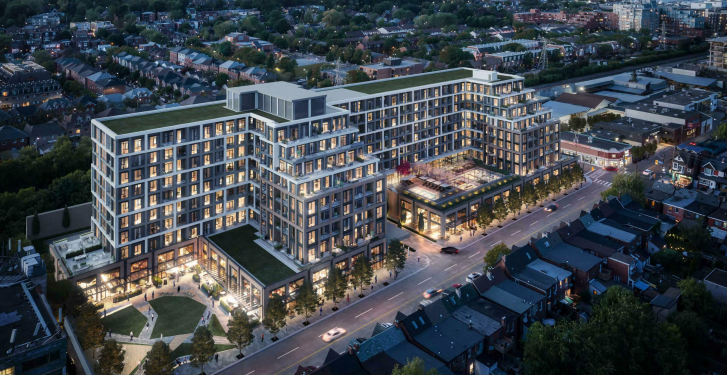 A Dupont Street Sobeys will soon be replaced by a large 9-storey development that recently scrapped its plans to include a grocery store, new planning documents show.

In December, the architectural firm behind the project, Turner Fleischer, submitted updated plans for the development, located at 840 Dupont Street, just east of Ossington, which included a few noticeable changes since the building’s initial proposal in 2013. 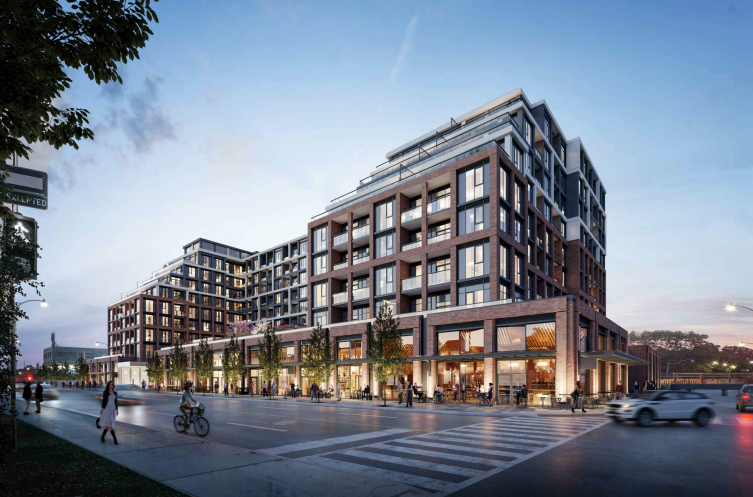 Original plans for the project called for a multi-use development that would include residential space, retail space, offices, and a second-floor grocery store to replace the Dupont Street Sobeys that would be demolished.

Since then, the property’s ownership has changed and the new plans scrap the office and grocery store space entirely, replacing it with residential units.

There will now be 330 units, which is actually one less than previous plans called for. The distribution of units, however, has changed slightly, with fewer one- and two-bedroom units and more three-bedroom units. 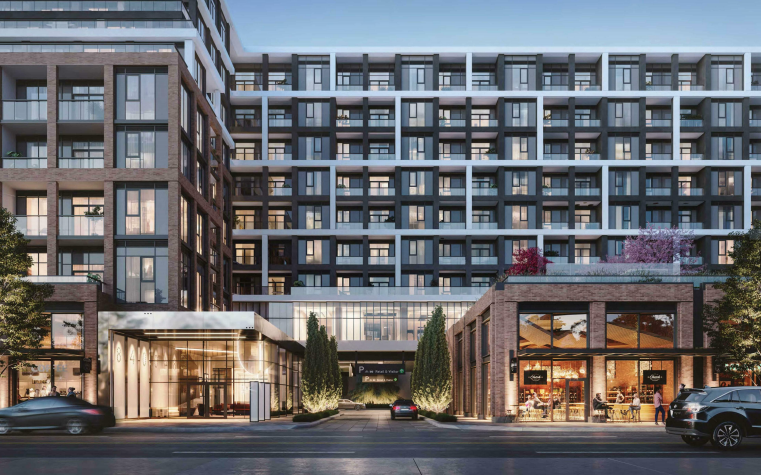 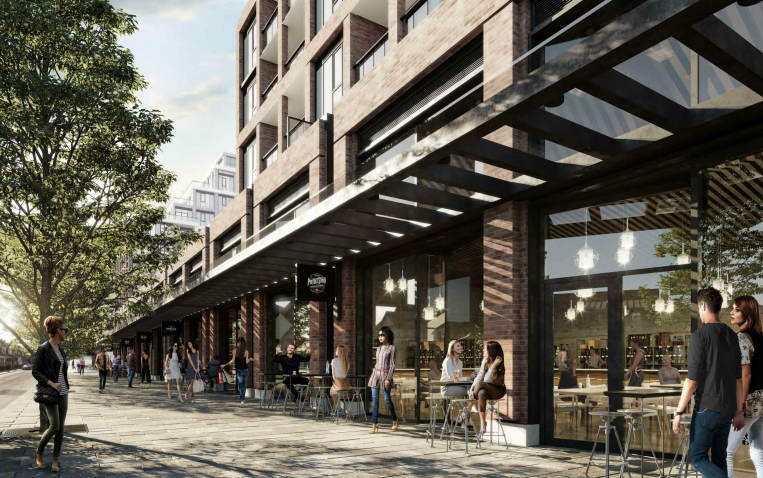 Residents of the building will get to enjoy both indoor and outdoor amenities, including multiple green roofs.

As for the retail space, the updated plans call for the individual retail spaces to be made smaller to accommodate a demand for “micro retail” in the community, the planning documents say. 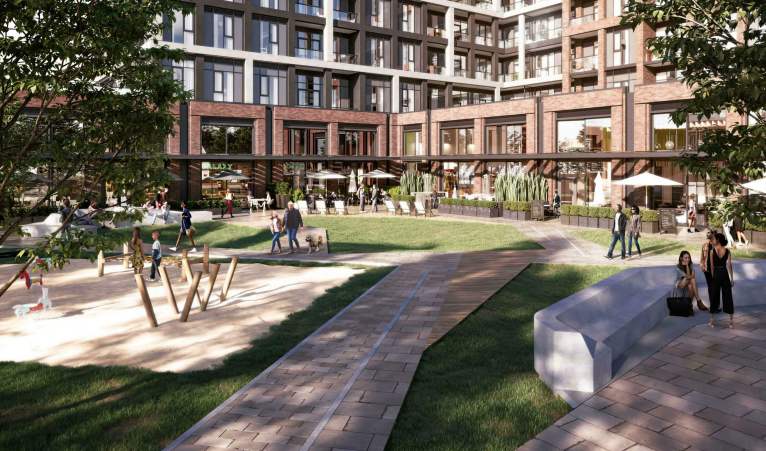 The Dupont development’s number of parking spaces has also decreased significantly, going from 591 parking spots to just 389 — an over 200-space difference.

Fitting for a mixed-use project, the building’s exterior will be a combination of concrete, brick, and glass.