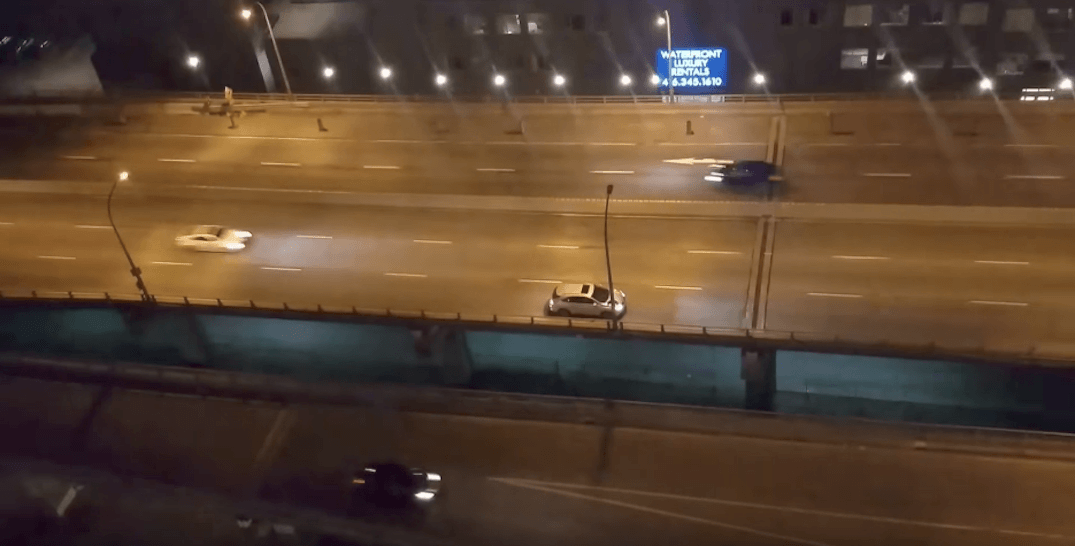 There are ways to deal with missed exits on highways, and this is definitely not one of them.

Yes, perhaps Toronto is a large city and it takes, oh, half a minute or so to get from one exit to the next on the Gardiner Expressway. But there’s never a reason to put your life, along with plenty of others, in danger once you miss an exit.

Case in point, this Toronto driver caught reversing on the highway at a high speed the other night.

Captured from a hotel balcony, the driver is seen slowing down in the right lane before coming to a complete stop, as cars drive by at highway speeds along the rest of the Gardiner. The driver then begins to drive in reverse slowly, in a move that’s painful to watch.

Luckily, it looks like it’s late at night, and the Gardiner isn’t its usual busy self. But that’s no excuse for this idiot’s driving, not to mention how illegal this is.

He fully reverses all the way back to his exit, because the next one on this highway would have taken a whole two minutes to get to. Two minutes, guys.

But perhaps that next exit wasn’t this driver’s favourite exit.

As Louis CK says, “That’s not my favourite way though. That only meets 99% of my criteria.”

Seriously, drive safe out there.