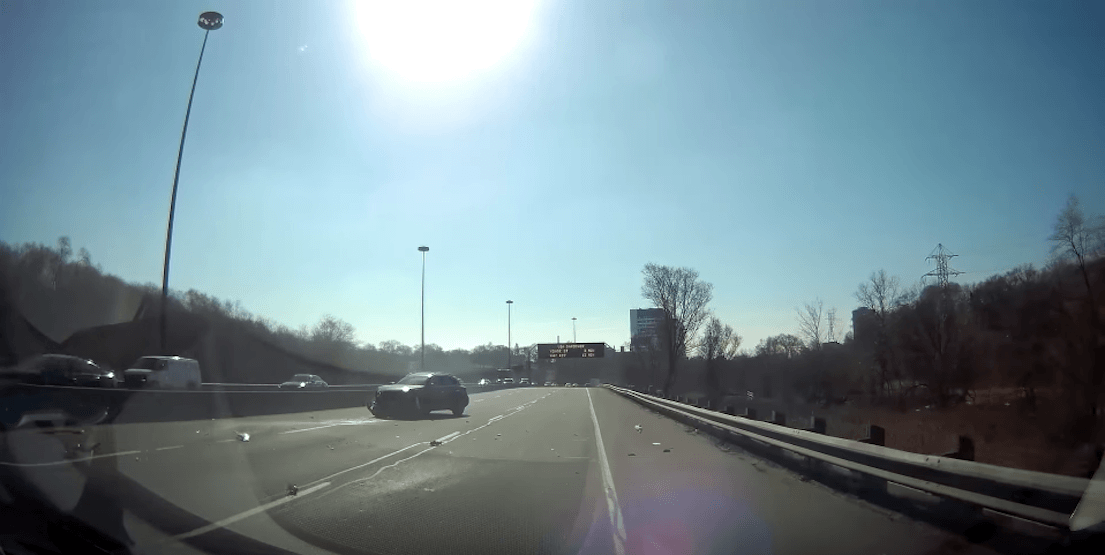 A Toronto driver was caught spinning out of control in their vehicle earlier this week on the Don Valley Parkway.

Caught on another driver’s dashcam on March 21, the video was uploaded on YouTube  that day, and has been viewed over 3000 times.

In the description, the YouTuber states that “the car tried to get into the left lane without signalling or looking, clips another car and then loses control.”

At the time of the accident, all southbound lanes were blocked, but Toronto Police reported no injuries.

This video was captured on the same day that the OPP said that collisions involving inattentive drivers have claimed 11 lives so far.

The OPP said that the number of deaths almost tripled compared to the same time last year. The deaths this year are linked to dangerous driving behaviour continue to out-pace speed-related, alcohol/drugs, and seat belt-related accidents.

“The OPP reminds road users that while the campaign is over, officers are committed to distracted driving law enforcement and education year-round,” states a press release. “They are again calling on passengers – one of their most influential road safety partners – to help save lives by showing zero tolerance toward drivers who text, talk on their cell phones, or engage in other distractions that endanger their lives and those with whom they share the road.”

Drive safe out there!