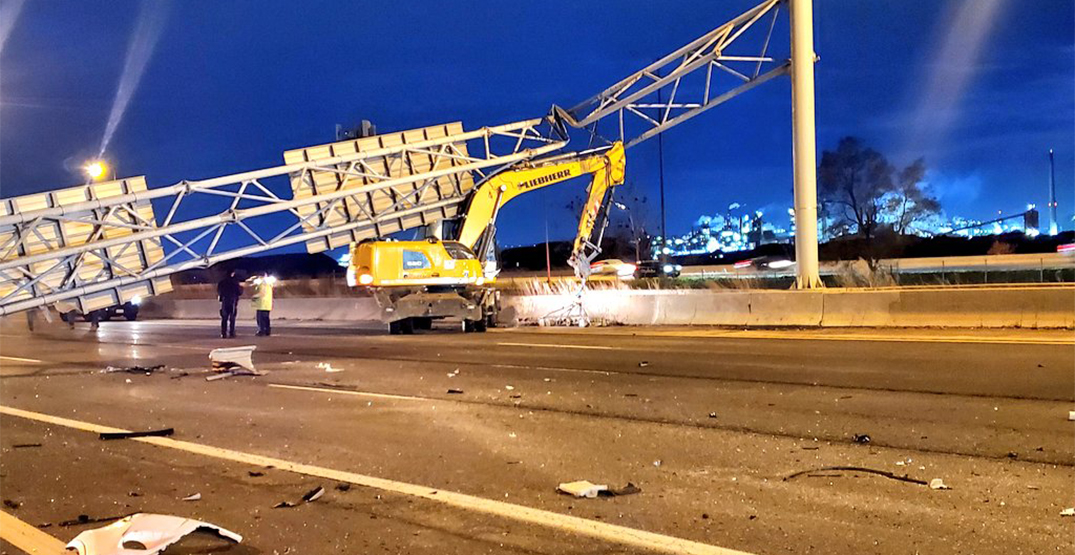 Police say a construction excavator struck the overhead sign near Nicola Tesla Boulevard in Burlington just after 12:50 am. The impact caused the sign to collapse, and it toppled onto a car passing underneath it.

Ontario Provincial Police say the driver, a 46-year-old man from Toronto, was pronounced dead on scene. The force initially said the man was from Niagara, but later provided an update to say he lived in Toronto.

Fatal collision: #QEW Toronto bound at Nikola Tesla Blvd: An excavator in a construction zone struck an overhead road sign causing it to collapse and fall onto the roadway striking a passing vehicle. The 46 year driver from Niagara in the car was pronounced dead. pic.twitter.com/A3Njm1LqoA

The highway was closed for several hours Tuesday morning while police investigated and while crews cleaned up the sign debris.

It re-opened just after 9 am.

Update: The driver killed in this collision was from Toronto, not Niagara Falls. #QEW expected to reopen within the hour. pic.twitter.com/pOp6j0MU6s