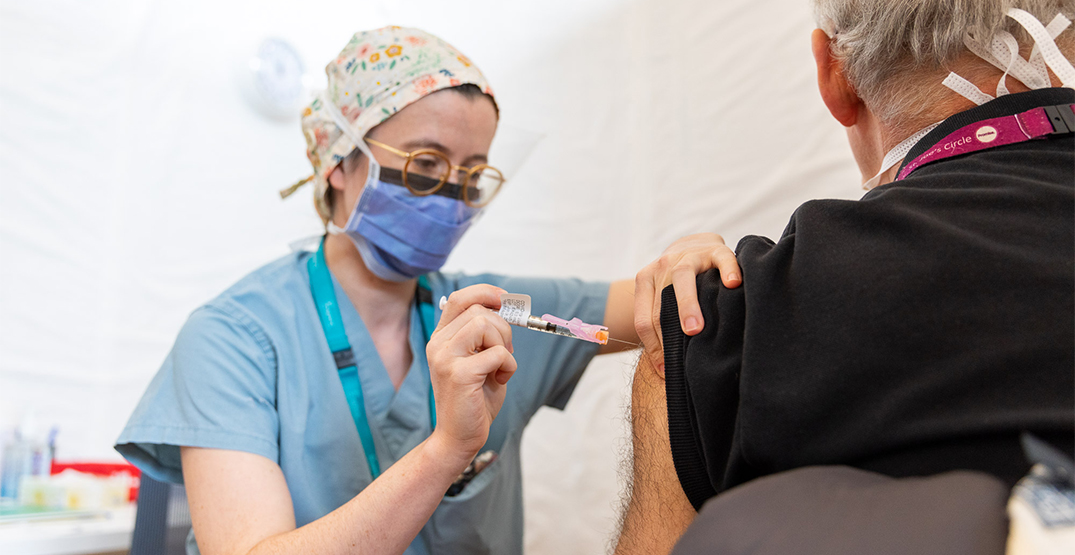 Ontario is expanding COVID-19 vaccine eligibility to hotspot residents age 45 and up as of Tuesday morning.

As of 8 am April 27, residents who turn 45 this year and are living in an identified hotspot postal code can use the provincial booking system to book a shot at a mass immunization clinic near them.

“I encourage everyone who is eligible to book their appointment as soon as they can,” Health Minister Christine Elliott said in a news release.

The province is also expanding vaccine eligibility to childcare workers in hotspots. They’ll be able to book an appointment starting Thursday, April 29 after receiving a letter confirming eligibility from their employer.

Similar to teachers, childcare workers can only book an appointment by phone by calling 1-833-943-3900 because the online system hasn’t been configured to accept bookings based on field of work eligibility.

“Ontario’s child care workers are making a difference and supporting working parents at this critical time,” Stephen Lecce, Minister of Education, said in a news release.

Just because someone is eligible doesn’t mean a vaccine appointment will be available right away. Canada is dealing with a vaccine supply shortage, and the Government of Ontario asked residents to be patient when trying to find an appointment.