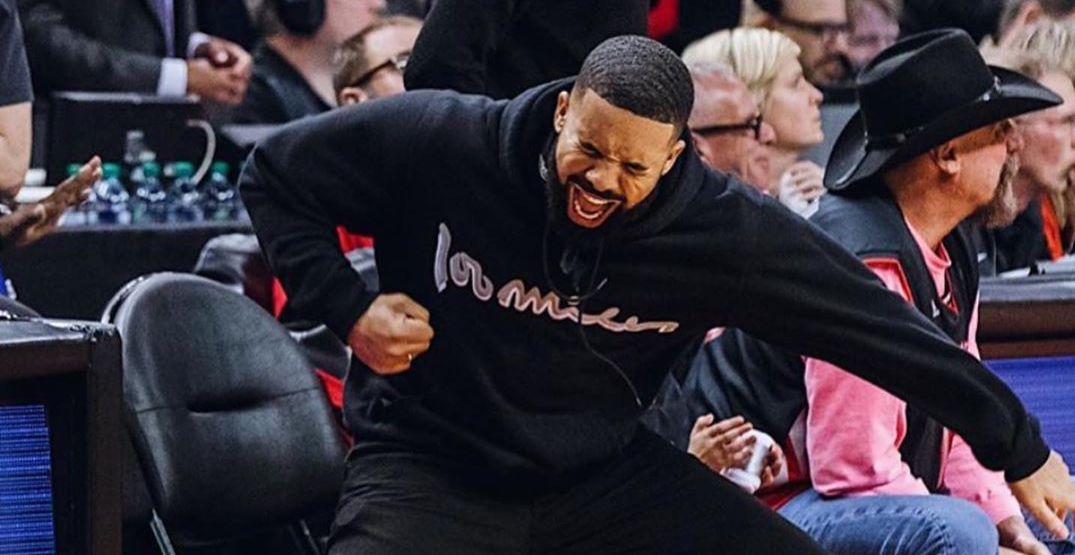 With the Raptors heading to face the Golden State Warriors in the NBA Finals, here’s a bit of an awkward conspiracy theory for you:

Drake may sport tattoos of the numbers of Golden State Warriors stars Steph Curry (#30) and Kevin Durant (#35) on his left arm.

Drake might want to cover up these Steph Curry & KD tattoos for the NBA Finals. 👀 pic.twitter.com/r2iPhHaD8k

Before you start freaking out, yes, Drake is still our beloved superfan. The photos found of the tattoos are quite blurry to make out. But the theory has been getting some talk since the Raptors’ Saturday night win over the Milwaukee Bucks, with even The Washington Post referencing it.

The discovery was first made by ESPN’s Jovan Buha back in January 2018.

“I might be trippin, but I think Drake tattooed Stephen Curry and Kevin Durant’s numbers (and possibly last names) on his left arm,” he wrote on Twitter.

I might be trippin, but I think Drake tattooed Stephen Curry and Kevin Durant’s numbers (and possibly last names) on his left arm: pic.twitter.com/knITeOuJrd

And there are some interesting factors in favour of the theory. While there aren’t any last names under the numbers, the #35 has the word “SNIPE” underneath, a possible reference to Durant’s Instagram handle, @easymoneysniper.

Coincidence? We hope so.

Drake has shown some love for Durant in the past, even posting an Instagram of himself wearing Durant’s number on a snakeskin jersey at a concert back in October 2018, with the caption “Easy money.”

It doesn’t seem that Drake has confirmed the validity of the theory, but given its surfacing, it might be a good idea to wear a sweater for the upcoming series.

But, let’s not forget the silver lining: If the tattoos are true, just like how Drake wore 76ers shorts during Game 7, maybe the Drake curse can do us right again for the Warriors series.

(Maybe that’s what Drake has been planning this whole time.)