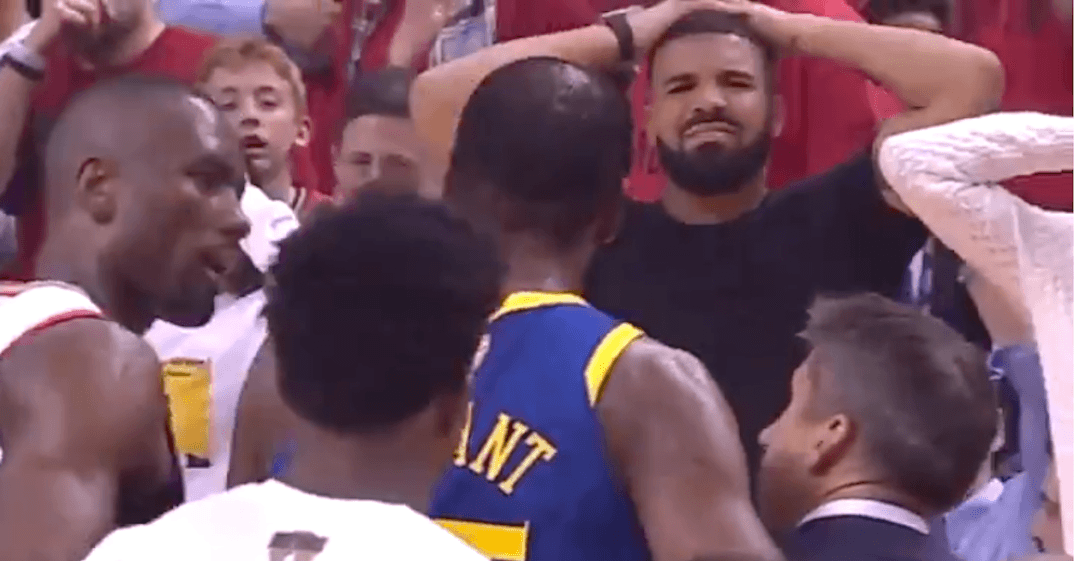 After not playing for over a month nursing a right calf injury, Durant was killing it last night, scoring 11 points in the 12 short minutes he played. But early into the second quarter, he went down clutching his ankle.

The initial reaction of many Raptors fans was to cheer, and some even waved the player goodbye. But Drake—in his now classic court-side whirlwind of emotions—seemed pretty devastated.

As Durant passed by the rapper while being helped off the court, Drake clutched his hands over his head, consoling the player with a sombre look on his face before putting his hand on Durant’s shoulder as he passed him by.

It’s unclear what Durant’s continuing absence will mean for the rest of the heated NBA Finals series against the Golden State Warriors, (seeing the way he played last night, one can argue that it won’t do them much good).

But after the game, Drake—who’s title as the Raptors greatest fan would fray by nothing— reminded us that sometimes you need to put basketball aside, and he prayed for Durant in an Instagram post.

“Was tough for any of us to even enjoy that game tonight after seeing this transpire. Praying for our brother. That’s my only concern tonight is your well being. ‘The game needs me’ is an understatement when it comes to 35. Please wish the best for this true warrior,” his caption read.

Drake is known to have admiration for Durant and maintaining a relationship with him, even so much as potentially sporting Durant’s #35 in a tattoo on his arm.

Raptors-Warriors rivalry aside, our Raptors global ambassador does a good job of reminding us to stay classy.