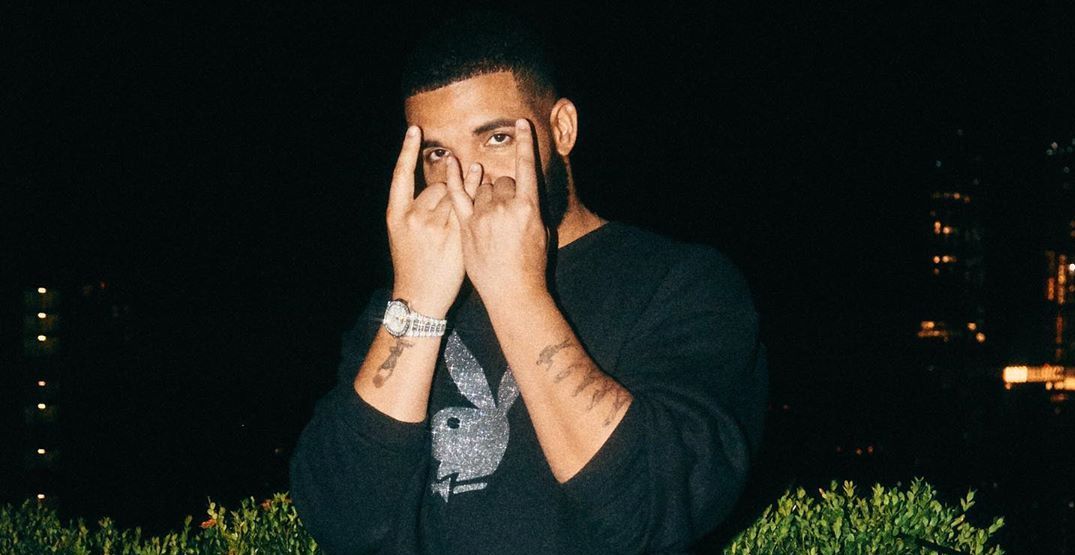 Just shy of two months ago, Drake knocked off arguably one of the most impressive milestones of his career: achieving more top 10 songs in Billboard’s Hot 100s than The Beatles.

Serious achievement. One that we’d imagine he’d keep to himself and revel quietly in his own personal glory, right?

It’s been unveiled that Drake now has what is seemingly a tattoo of him added to the Beatles iconic Abbey Road cover, positioned literally “ahead” of the fab four on the famous walkway.

Drake has a tattoo of himself in front of the Beatles on his arm. “I got more slaps than the Beatles…” pic.twitter.com/krzzFSF2Mj

And is that — is he — waving them off? It appears so. ‘Hello, Goodbye,’ John, Paul, George and Ringo.

At the end of June, Drake’s “Money In The Grave,” featuring Rick Ross, became the rapper’s 35th song to make Billboard’s Hot 100’s Top 10, passing The Beatles’ 34. That saw Drake officially have the second-most Top 10 songs of any artists, behind only Madonna who sits in the #1 spot with 38 songs.

But perhaps we’re jumping to conclusions.

Maybe — just maybe — he’s trying to claim a title as the fifth Beatle? We can imagine that some Beatles fans disagree with that.

I’m getting a tattoo of the Beatles beating up Drake on the other side of Abbey road. His music is absolute garbage.

The Beatles accomplished theirs in 7 years… took drake almost three times as long.

Drake tats are like a college students laptop with stickers all over.

The new tattoo also comes just over a month before the Beatles’ Abbey Road is celebrating its 50th anniversary.