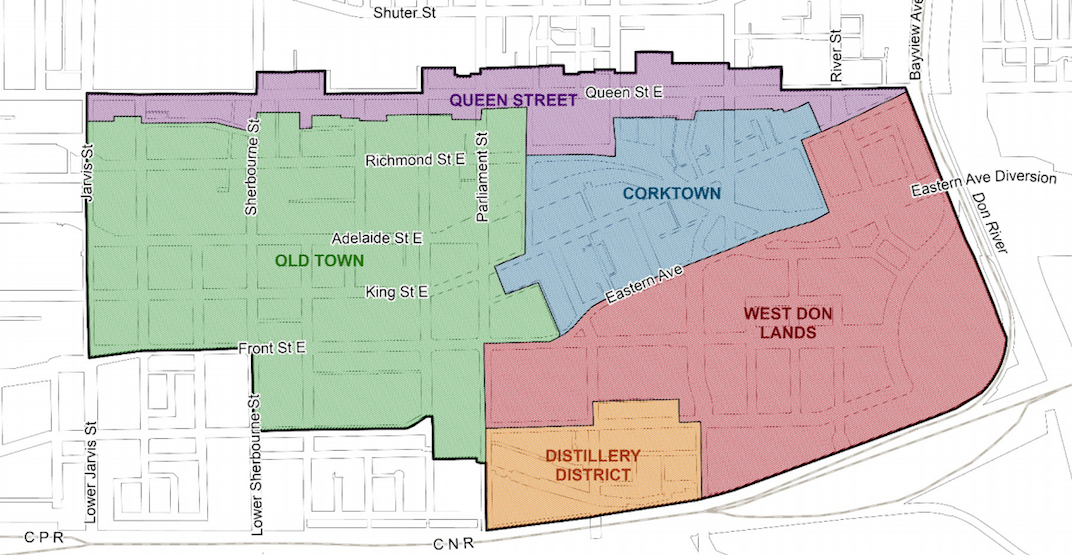 The Toronto and East York Community Council passed a motion recommending a zoning bylaw amendment that limits buildings in Corktown and a section of Queen Street East to maximum heights of 30 metres, which is roughly equivalent to 10 storeys, depending on the building. In West Don Lands, the tallest possible building would be 36 metres.

Depending on the area and each individual property’s usage, the maximum allowable heights could drop as low as 25 or even 12 metres. 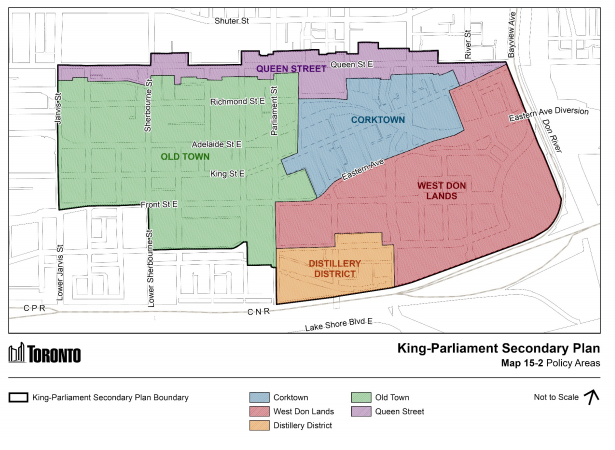 Toronto’s Old Town area would have certain allowances up to 90 metres, and the adjacent Distillery District would continue to operate under its own site-specific zoning bylaws. 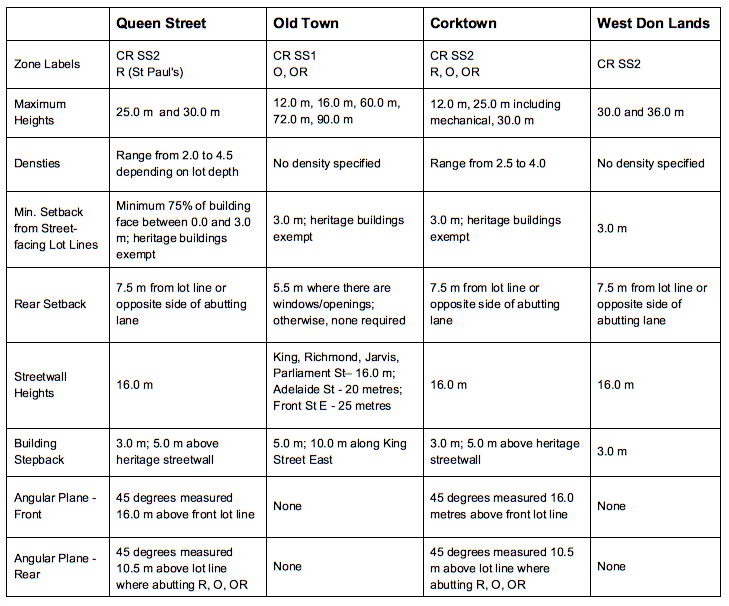 The amendment, which still needs to be approved by City Council before being officially adopted, comes as part of the City’s King-Parliament Secondary Plan Review — a plan to encourage growth that reinforces historic buildings and public space, and is in line with the character and scale of the area, according to the City.

The proposed changes would also expand the bounds of the King-Parliament area to encompass a section of buildings along the north side of Queen Street East that were not previously included. 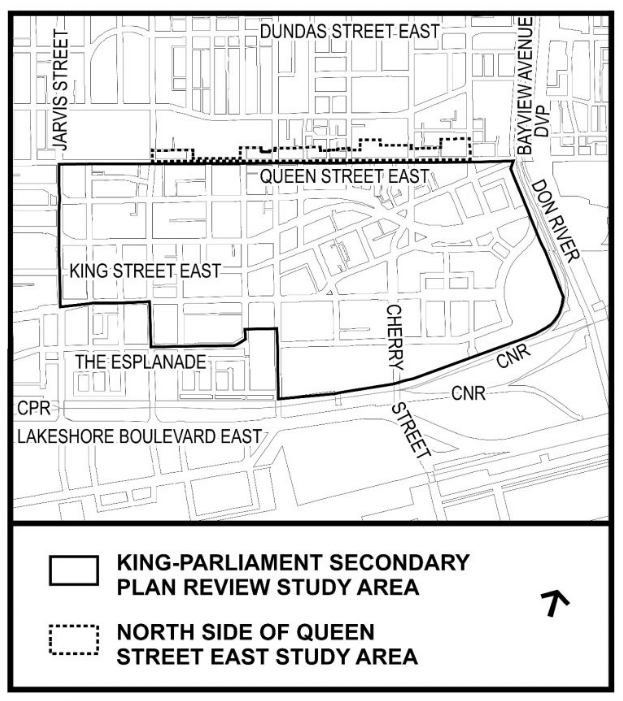 The proposed plan was drafted after a series of community consultations with residents and stakeholders, according to City documents.

During these sessions, concerns were raised about heritage conservation, having land use that serves residents (such as grocery stores, restaurants, and entertainment), “excessively tall” buildings, shadow impacts, and traffic congestion.

City Council will consider the motion that would ban tall buildings in the three Toronto areas during their May 5 meeting.